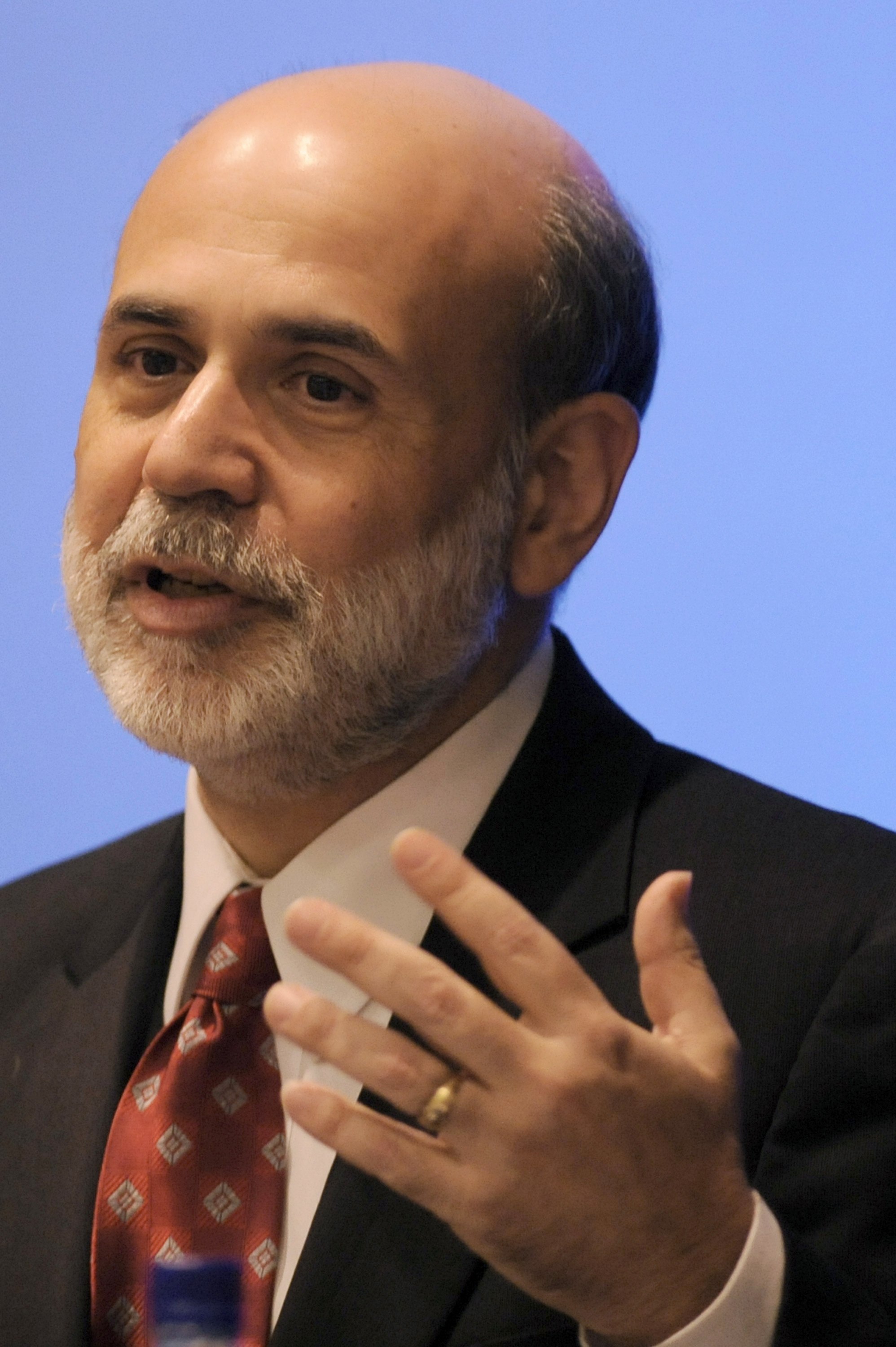 U.S. Federal Reserve Chairman Ben Bernanke warned fiscal stimulus alone would not overcome the global economic crisis as President-elect Barack Obama pledged more control over a remaining US$350 billion in bailout funds.
Citigroup moved towards dismantling what was the world's biggest financial services group, as it agreed to merge its Smith Barney brokerage with Morgan Stanley's wealth management business, and may isolate toxic debts in a "bad bank."
Equity markets regained some poise, with most Asian markets rising yesterday after a five-day sell-off, but weak economic data and a dismal quarterly earnings outlook kept investors on edge.
"We know the outlook is awful, but then we know that the market has priced in a very bleak scenario," said Lee Mickelburough at Perennial Growth Management in Australia.
"So you've got this tug-of-war that occurs between the bad news and the deep valuation."
The worst economic crisis since the 1930s has sent policymakers rushing to limit the damage in the face of sharply slowing growth and rising unemployment.
U.S. retail data for December, due later yesterday, was expected to confirm a struggling economy and shrinking consumer spending.
IMF chief Dominique Strauss-Kahn said on Tuesday that the global outlook was worsening and warned the IMF was likely to slash its already gloomy growth forecasts.
Toxic assets
Bernanke said that while an expected U.S. stimulus package could provide a "significant boost" to the economy, the government may need to inject more capital into banks and consider buying financial institutions toxic assets.
"Fiscal actions are unlikely to promote a lasting recovery unless they are accompanied by strong measures to further stabilize and strengthen the financial system," Bernanke said in a speech in London.
Outgoing Treasury Secretary Henry Paulson and Bernanke had pressed Congress in September to approve the US$700 billion bailout fund so the government could buy up the bad debts to stave off a financial calamity.
But Paulson turned his focus to purchasing equity in banks, which he has argued was a quicker way to shore up the system.
With half the money already spent, Obama faced his first big test persuading sceptics in Congress to release the remaining US$350 billion so it is in place when he takes office next week.
Obama won over some lawmakers who had threatened to block the release of funds, whose urgent need was highlighted by data on Tuesday showing the biggest drop in the U.S. trade deficit in 12 years - a clear sign of a fast weakening global economy.
"He made a strong economic case and he answered every element of frustration that senators have about how" the first half of the US$700 billion fund was spent, Sen. Joe Lieberman said after attending a lunch meeting with Obama.
Citigroup, which has received US$45 billion from the government under the bailout and is expected to report a big fourth-quarter loss, is planning to adopt the equivalent of a "good bank, bad bank" structure, a person familiar with its plans said.
The plan envisions focusing on corporate, investment and retail banking and keeping a slimmer trading business, while moving unwanted assets and businesses such as complex debt to a separate structure, the person said on condition of anonymity.
Citigroup's "bad bank" would have about US$600 billion of assets, close to one-third of Citigroup's balance sheet, which could eventually be sold or spun off, the person said.
Struggling car maker Chrysler, which is restructuring after taking a US$4 billion emergency government loan, is in talks to sell key assets to Renault-Nissan and auto supplier Magna, people with knowledge of the discussions said.
The string of potential deals would deepen ties between Chrysler LLC and two of its key current partners but could also mark the end of the struggling No. 3 U.S. automaker as an independent venture.