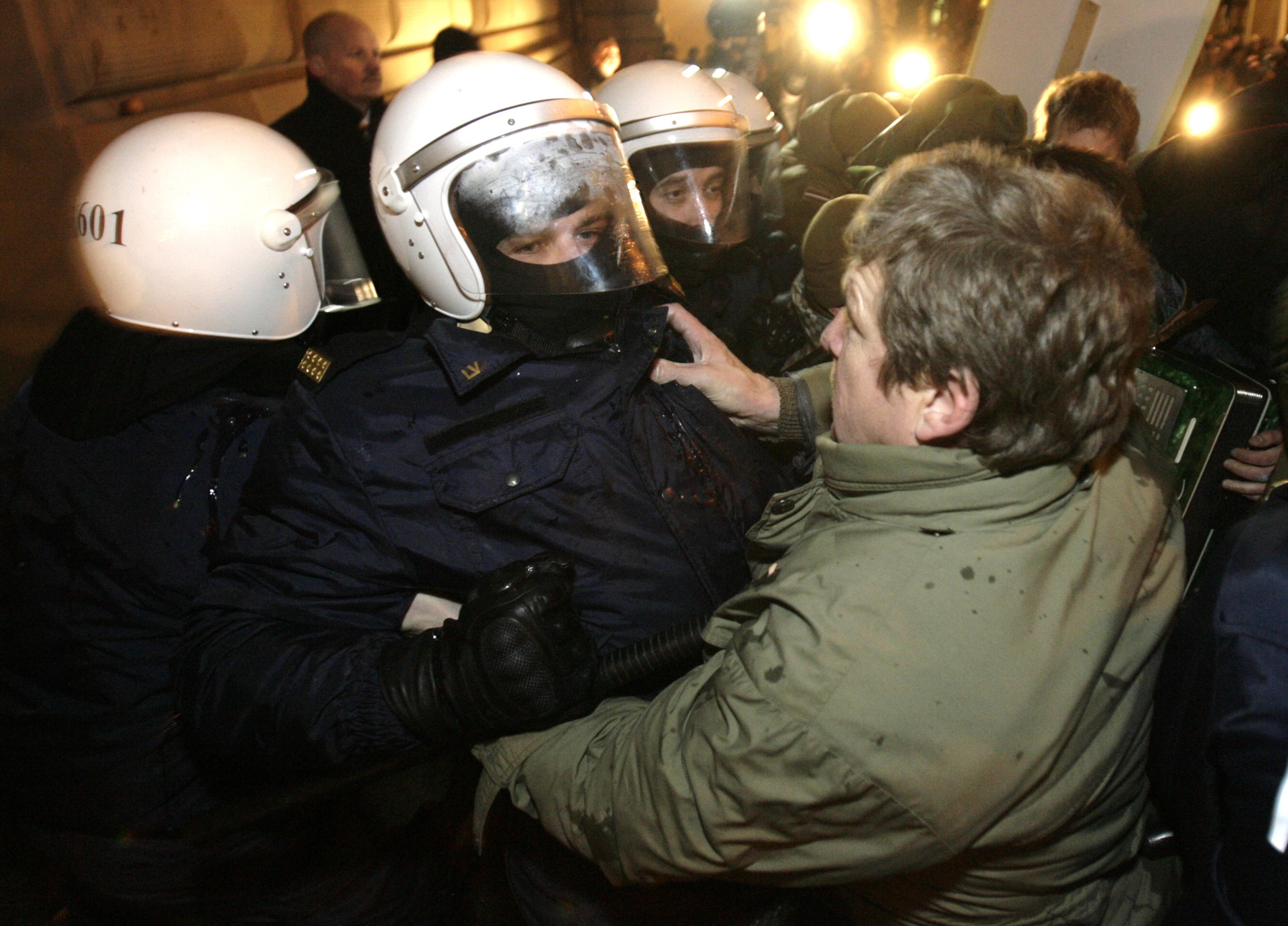 Hundreds of youths destroyed police vehicles, smashed windows and looted stores in Latvia's capital on Tuesday when an anti-government protest turned into a riot. The violence, after a peaceful protest by thousands calling for early elections in a country which last year had to seek a multi-billion economic rescue deal, was the worst seen since the collapse of the former Soviet Union in 1991.
Hundreds of protesters marched on the parliament of the EU and NATO nation. Some tried to storm the building but were dispersed by riot police using teargas and truncheons. Once police had control of the area around parliament, a large group of rioters began roaming through the city center, smashing storefronts and office windows with cobblestones dug up from the streets. Windows at the Finance Ministry and several other buildings were shattered.
Rioters, a mixture of Russian-speaking and Latvian youths, overturned a police van and a police car before pounding it to pieces with wooden planks and makeshift weapons. A police spokeswoman said 126 people were arrested. Five protesters and three policemen were injured, she added.
"The state is in crisis and people have just started to get into a bad mood about everything. There has never been such a big riot in Riga, I've never seen anything like it," said Ance Brasma, 20, a student.
Latvians want change as the economy, formerly the EU's fastest-growing, crashed.