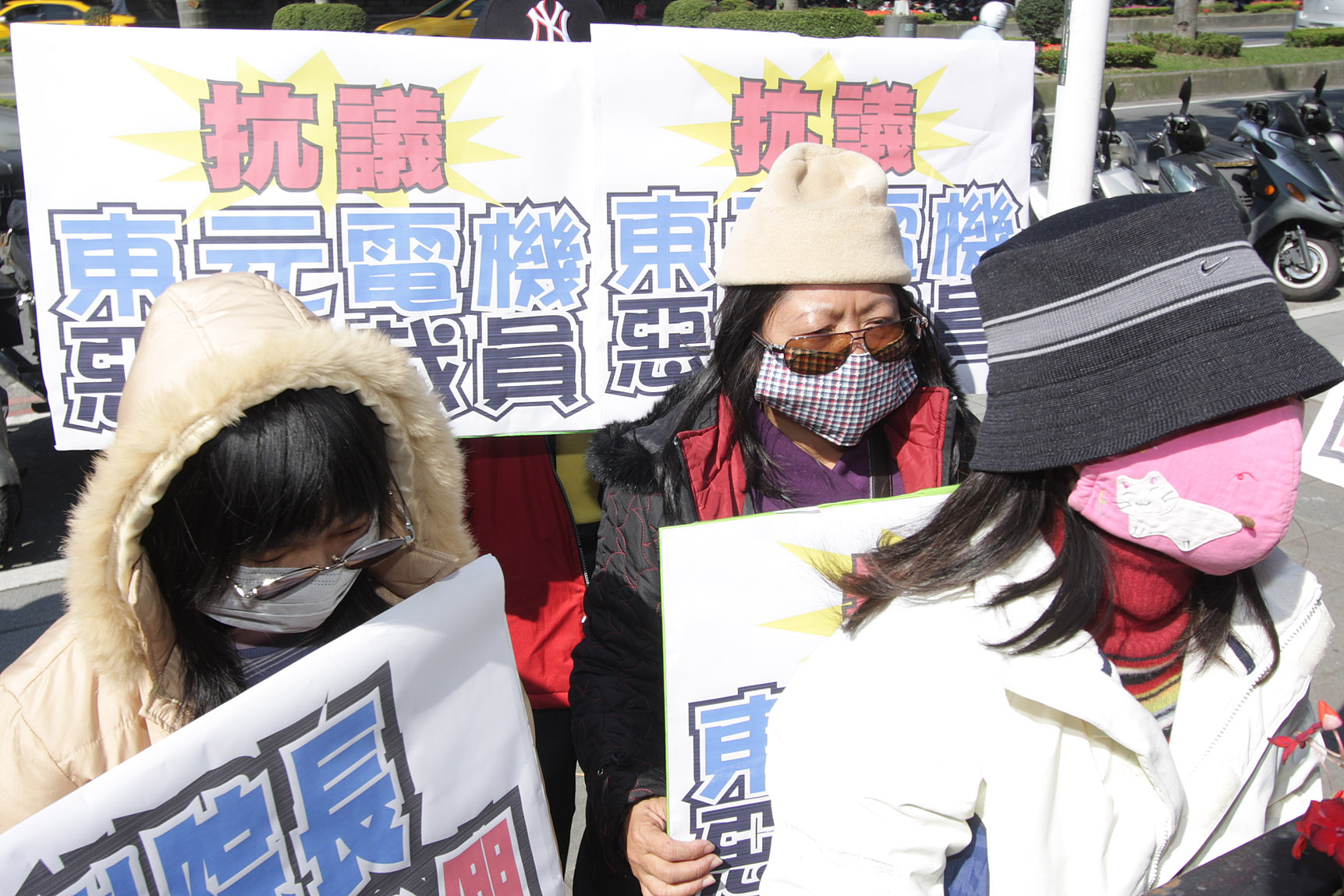 Former employees of one of Taiwan's best-known companies accuse a brother of Premier Liu Chao-shiuan of being responsible for illegally sacking them amid growing fears of rising unemployment.
Four former employees of Teco Electric and Machinery Co., Ltd. appeared at a news conference at the Legislative Yuan yesterday, accusing company chairman Liu Chao-kai of being heartless in dismissing staff after up to 20 years of service.
Factory in Qingdao
The unemployed, wearing surgical masks and hats to hide their identity, appeared at a news conference hosted by opposition Democratic Progressive Party lawmaker Pan Men-an, who accused the premier of on the one hand promoting companies promising not to sack employees, while on the other hand allowing his brother to get away with the practice.
The former Teco employees accused the firm of first laying off 18 people last October and two more in November to evade employment laws.
The company was throwing Taiwanese employees out of work while opening a factory in the Chinese city of Qingdao, Pan said.
Some of the former Teco workers also followed the premier around yesterday to protest against his brother's company.
Liu's firm is part of the Teco Group chaired by Theodore Huang, one of Taiwan's most prominent businessmen.
He told reporters the events happened before the current government campaign against layoffs.
A total of 20 out of 15,000 employees losing their jobs amounted to a normal adaptation of employment levels, Liu's company said in a statement released yesterday.