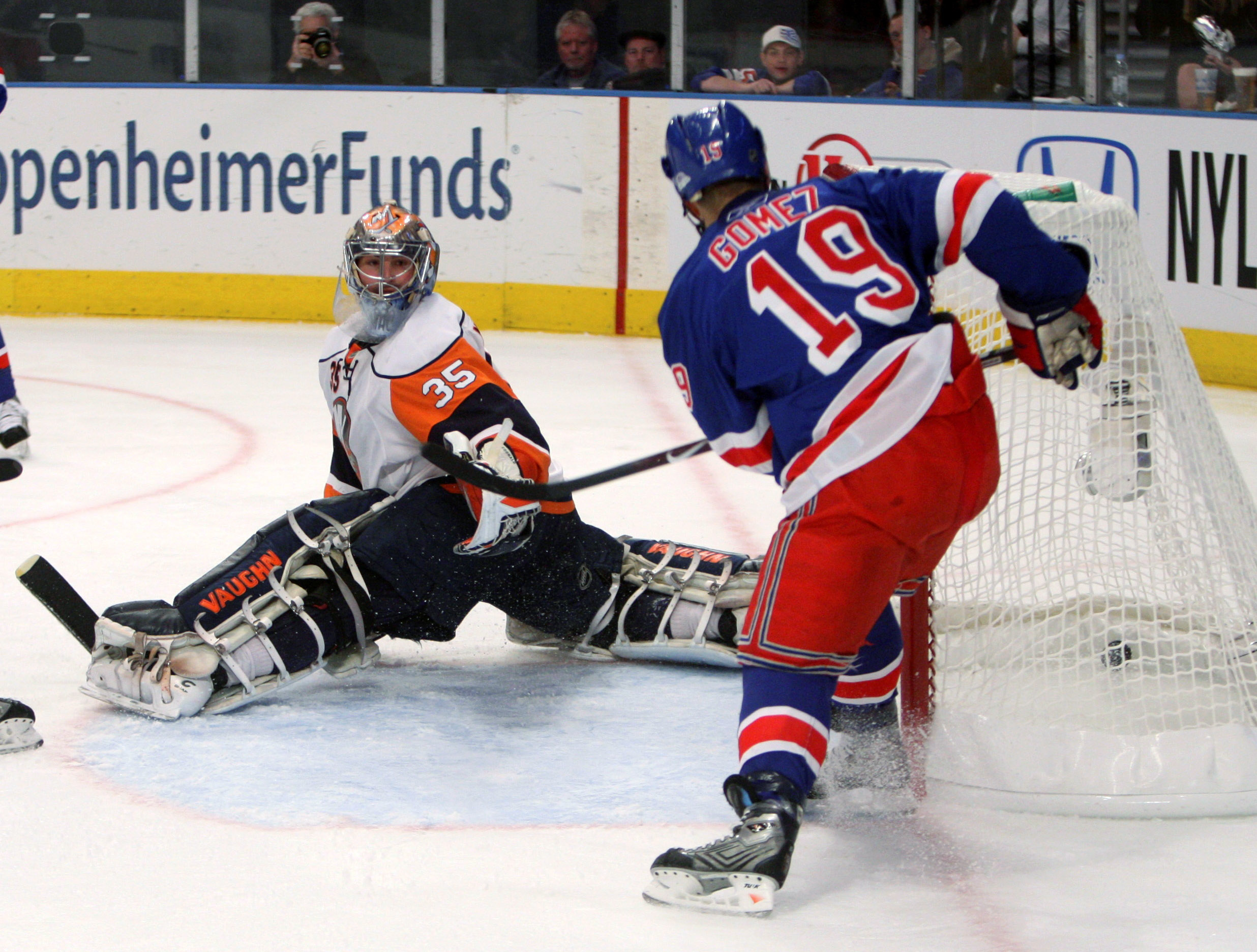 The New York Rangers scored four goals in a frantic third period to rally for a 5-4 victory over crosstown rivals the New York Islanders on Monday.
The Rangers trailed 2-1 after two periods but the late onslaught helped them snap a season-high three-game losing streak against the lowly Islanders, who had managed three points in their previous two games following a 10-game losing streak.
Despite being out-shot 25-15 after 40 minutes, the Islanders still managed to forge a one-goal advantage before the Rangers offense finally got rolling in the third period, much to the relief of coach Tom Renney.
"I got the effort from everybody, we just have to translate that into being a smart team," Renney told reporters. "We nearly got beat because we still made far too many mistakes.
"There are still two ends of the rink. They scored four goals. I'm not happy about that."
Petr Prucha scored just 40 seconds into the third period and Michal Rozsival put the Rangers ahead for the first time at 2:08.
Blake Comeau then tied the game for the Islanders 27 seconds later but Markus Naslund's goal at 7:12 put the Rangers ahead for good.
Nigel Dawes later consolidated the lead before Mike Comrie made it 5-4 with 19 seconds remaining.
Prucha was playing for the first time since being benched for eight games and he responded with one of his best efforts of the season.
"It's tough being out of the lineup for so long, and it was frustrating," Prucha said. "I got the chance to play again and scored, so hopefully I will be in the lineup for the next game."
The Rangers wound up out-shooting the Islanders 37-24, with back-up Joey MacDonald in goal for the Islanders again in place of Rick DiPietro.
In other NHL action from Monday: Montreal 5, Florida 2; San Jose 3, Dallas 1; Calgary 2, Minnesota 1; Colorado 5, Nashville 1; Columbus 2, Los Angeles 0