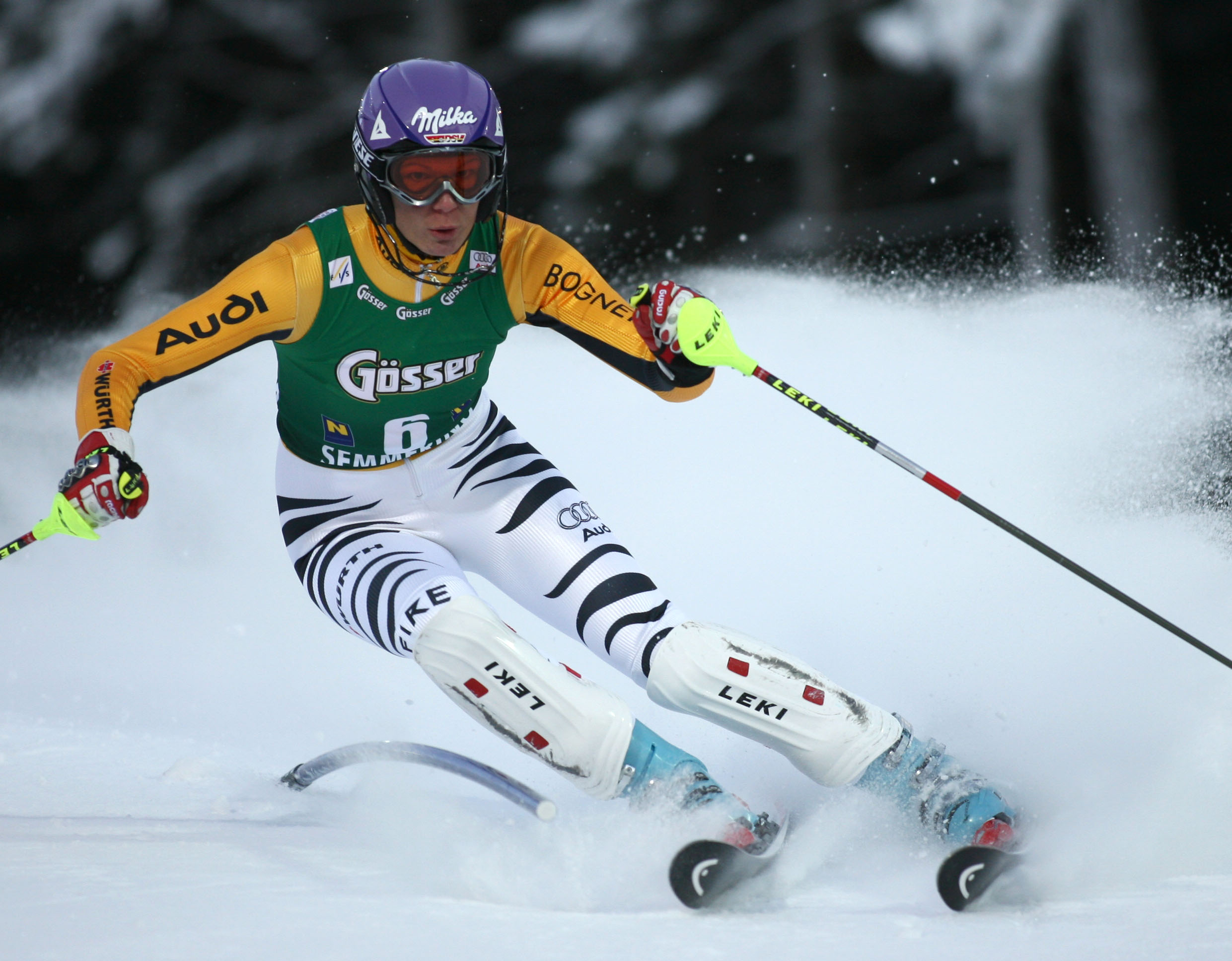 Germany's Maria Riesch continued her stunning slalom form with a second successive victory in a World Cup race at Semmering on Monday.
Riesch, who had won only one slalom before this season in 2004, made it two in just over a fortnight and admitted the win, in one minute 55.97 seconds, was more than she expected.
"It's unbelievable. I hardly expected to win a slalom this season, but two in succession," she told reporters.
Riesch, one of the most versatile skiers on the women's circuit, also won in La Molina, Spain, on Dec. 14.
In the floodlit race at the prestigious Austrian slalom stadium, the German beat her two leading rivals for the World Cup overall standings, Finn Tanja Poutiainen and American Lindsey Vonn.
Poutiainen finished 0.21 seconds off the pace, while Vonn salvaged third place after a modest first run, finishing 0.72 seconds adrift.
In the World Cup standings, Vonn leads Riesch by 23 points on 530.
Third place was a relief for the American, who had struggled to finish her races in recent weeks.
"I'm glad because it was so close for the (World Cup leader's) red bib. It's too early in the season to think about it but I'm glad I'm holding to it," she said.
Riesch and World Cup holder Vonn are the best of friends on the circuit and spent Christmas together.
"I was used to being on the podium next to Lindsey, but in the past, she was on the top spot. It's changing a bit," said Riesch.
"What matters in slaloms is confidence and my win in La Molina helped in this respect."
Both Riesch and Vonn are enjoying their best seasons in slaloms and two reasons may help explain their good form.
They have started using men's skis and the best slalom specialist in recent seasons, Austria's Marlies Schild, is out injured.
"When she returns, it'll probably be a different ball game but we're enjoying it while it lasts," said Vonn.
The World Cup circuit resumes in 2009 with slaloms in Zagreb on Jan. 4 for the women and Jan. 6 for the men.