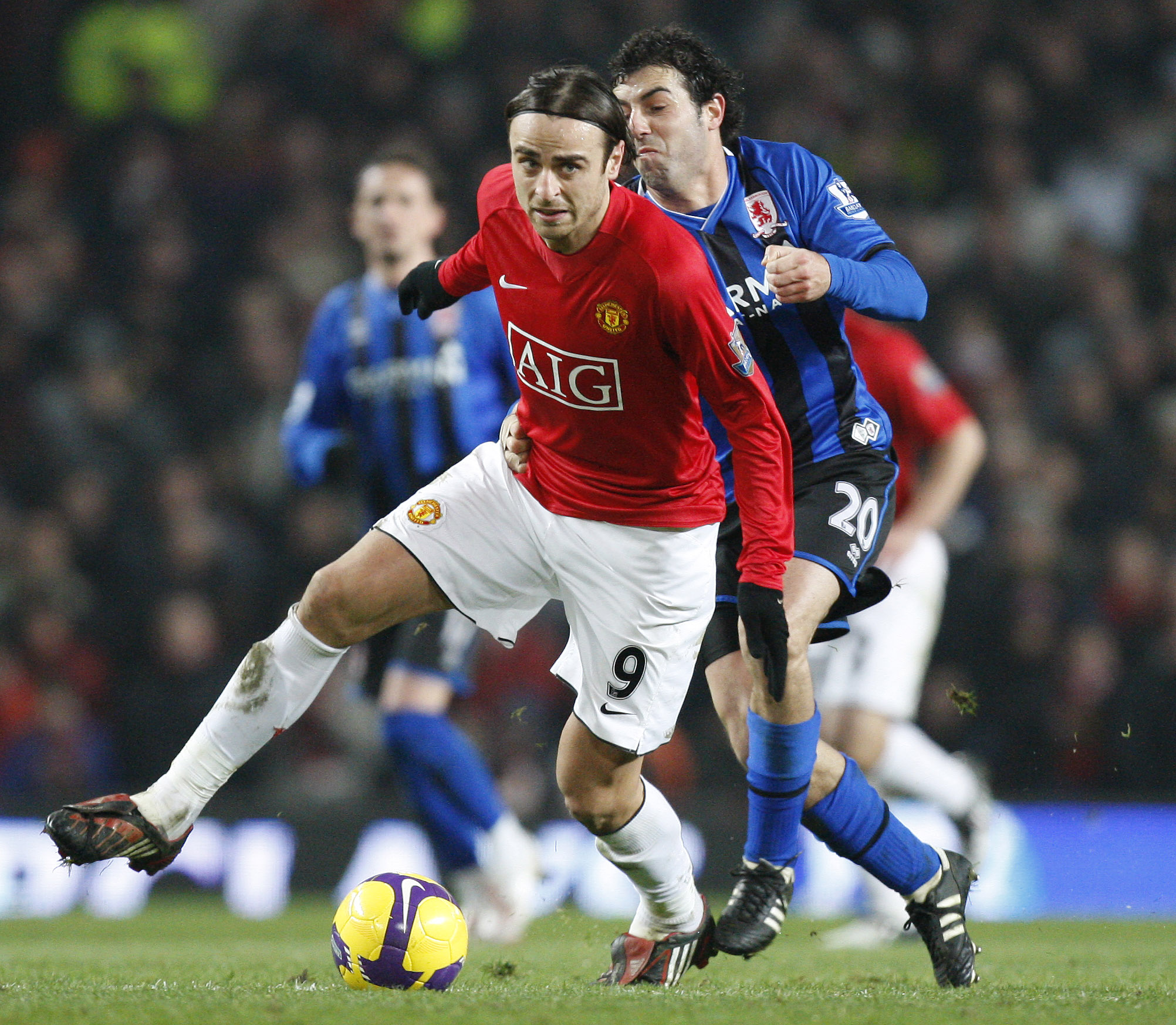 Sir Alex Ferguson insisted that the Premier League title race will be a three-way fight between Manchester United, Liverpool and Chelsea after Dimitar Berbatov's second-half strike sealed a narrow 1-0 win against Middlesbrough at Old Trafford on Monday.
Berbatov's third league goal in a United shirt - allied to the club's seventh successive Premier League clean-sheet - secured the victory that takes the reigning champions to within seven points of leaders Liverpool with two games in hand.
United struggled to overcome Gareth Southgate's team for lengthy periods, but with the points in the bag, Ferguson predicted a tense run-in to the title in 2009.
"It's going to be a great run-in, really exciting, but I wouldn't say that Liverpool are a greater threat than Chelsea now," said Ferguson.
"Chelsea are a great side too, but the important thing is to do our own job and we have always done that.
April and May
"Important results will come in April and May, but because teams like Chelsea and Liverpool are points and games ahead of us, we need some leeway to get back in the picture.
"We are now in a good position at the turn of the year, though, and we have the two games in hand - against Wigan and Fulham - which are both at home.
"We have played more fixtures away from home, so once we have played those fixtures at home, it brings us level with those we have played away."
Ferguson admitted that United's Achilles heel in the second-half of the season could be there inability to convert the series of chances that they are carving out in games.
Berbatov's goal settled this clash, but Fergie fears that further wastefulness could prove costly.
"Three points was the name of the game, but you have to say how well Middlesbrough played tonight. They played very well," said Ferguson.
"We have had to work hard for it, though, and we have missed a lot of chances again. Unless we start taking these chances, we'll be made to suffer for it."
The game boiled over on the brink of half-time when Cristiano Ronaldo reacted angrily to referee Martin Atkinson's failure to award a penalty after he had been wrestled to the ground by Emmanuel Pogatetz.
Ronaldo and Pogatetz then clashed as they walked off the pitch at the interval and continued their row in the tunnel, but Ferguson admitted that he was not surprised to see the penalty turned down by Atkinson.
"It seemed as though Pogatetz grabbed him around the neck, but that happens in penalty boxes all the time," said Ferguson.
"We've had referees coming to meet the players a couple of years ago and they said it would be stamped with one warning and then a red card."
Boro manager Gareth Southgate admitted that the referee's decision sparked an angry response from United, but he insisted that the incident was nothing serious.
"When teams are defending from corners, there will obviously be contact. People might try to make something of it, but there wasn't much to it really," said Southgate.
"I heard a lot of noise and finger-pointing, but I don't think anything went on.
"The referee and his assistants seemed pretty comfortable with it and they were in the tunnel."