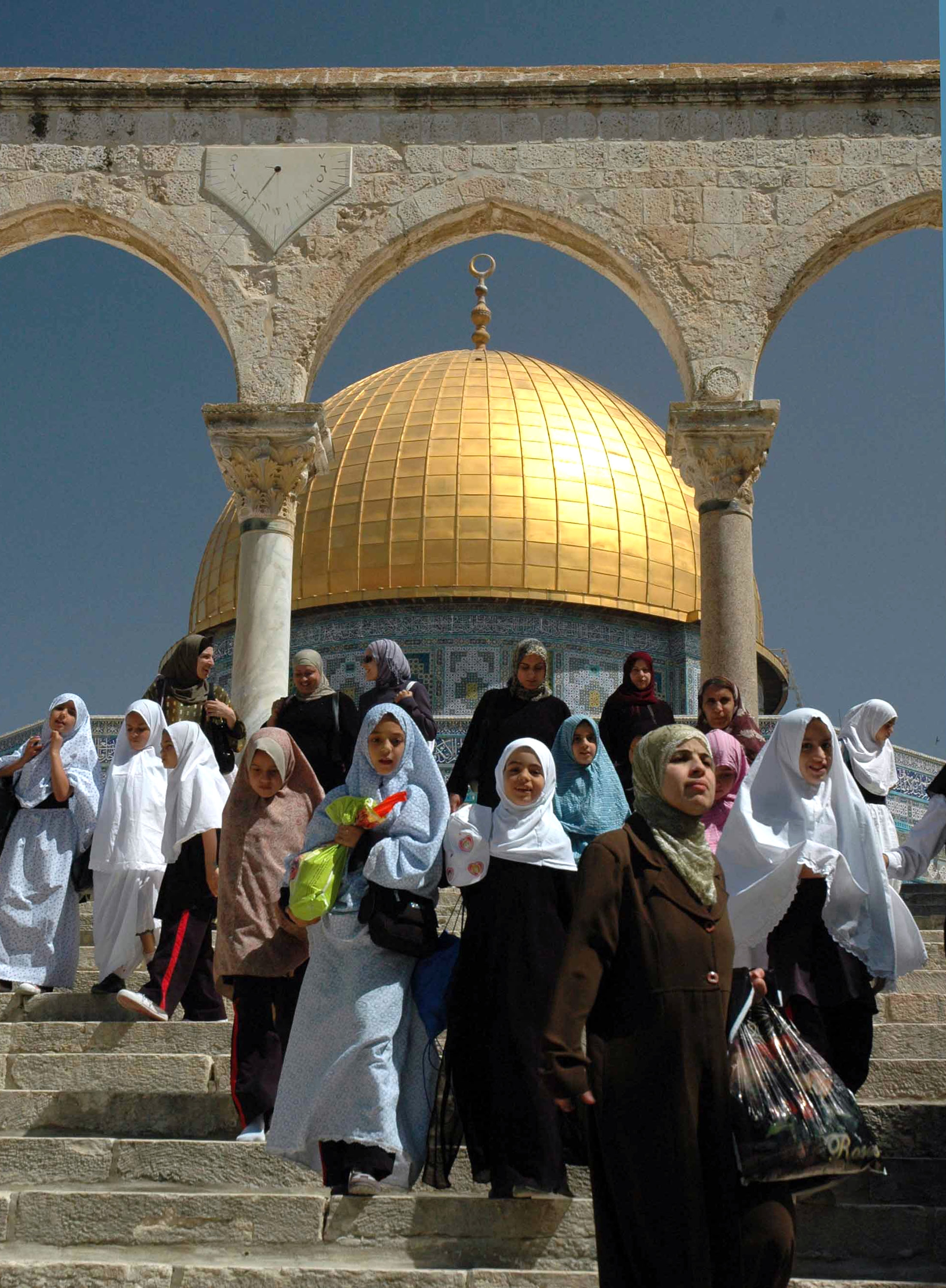 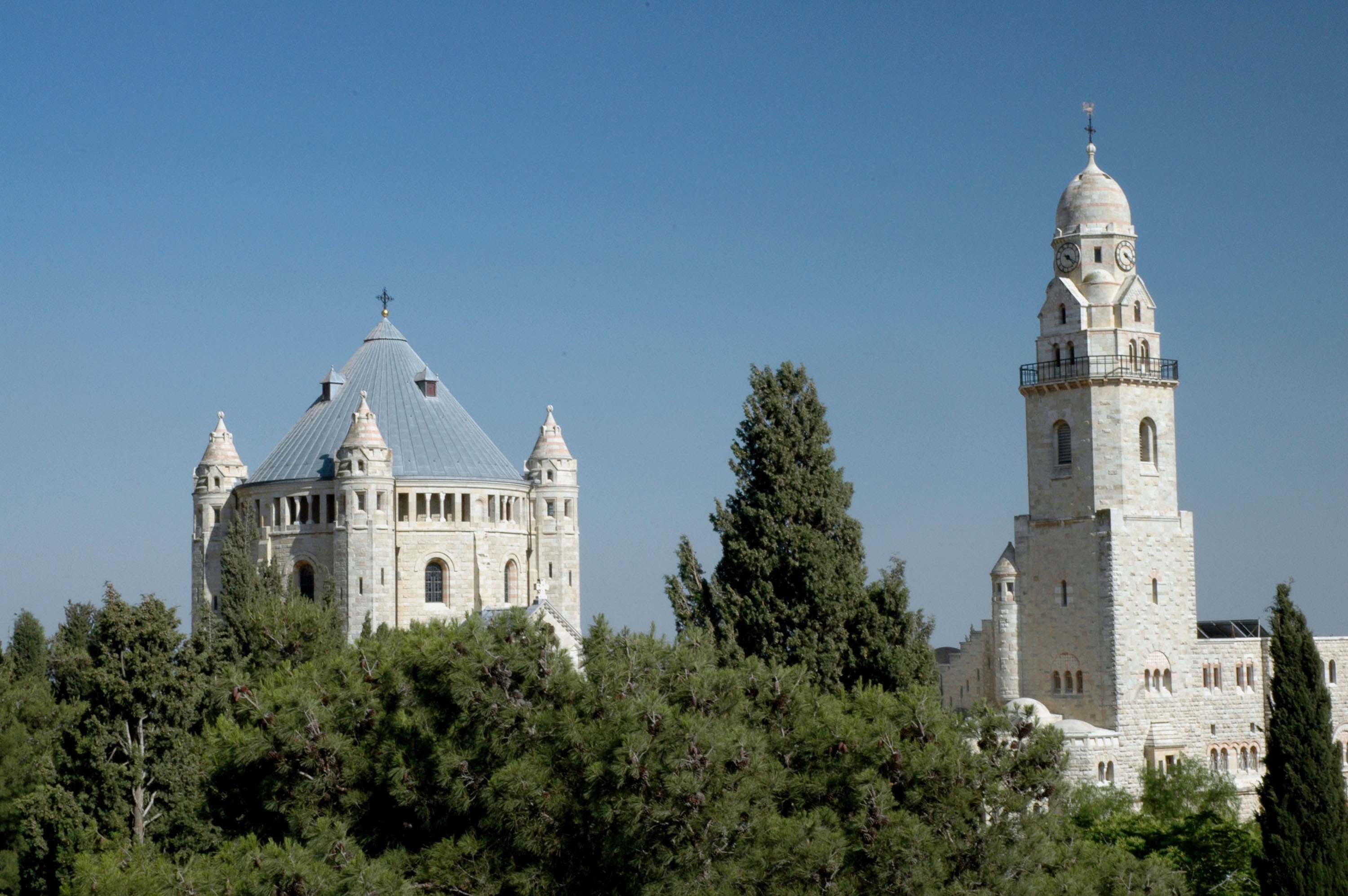 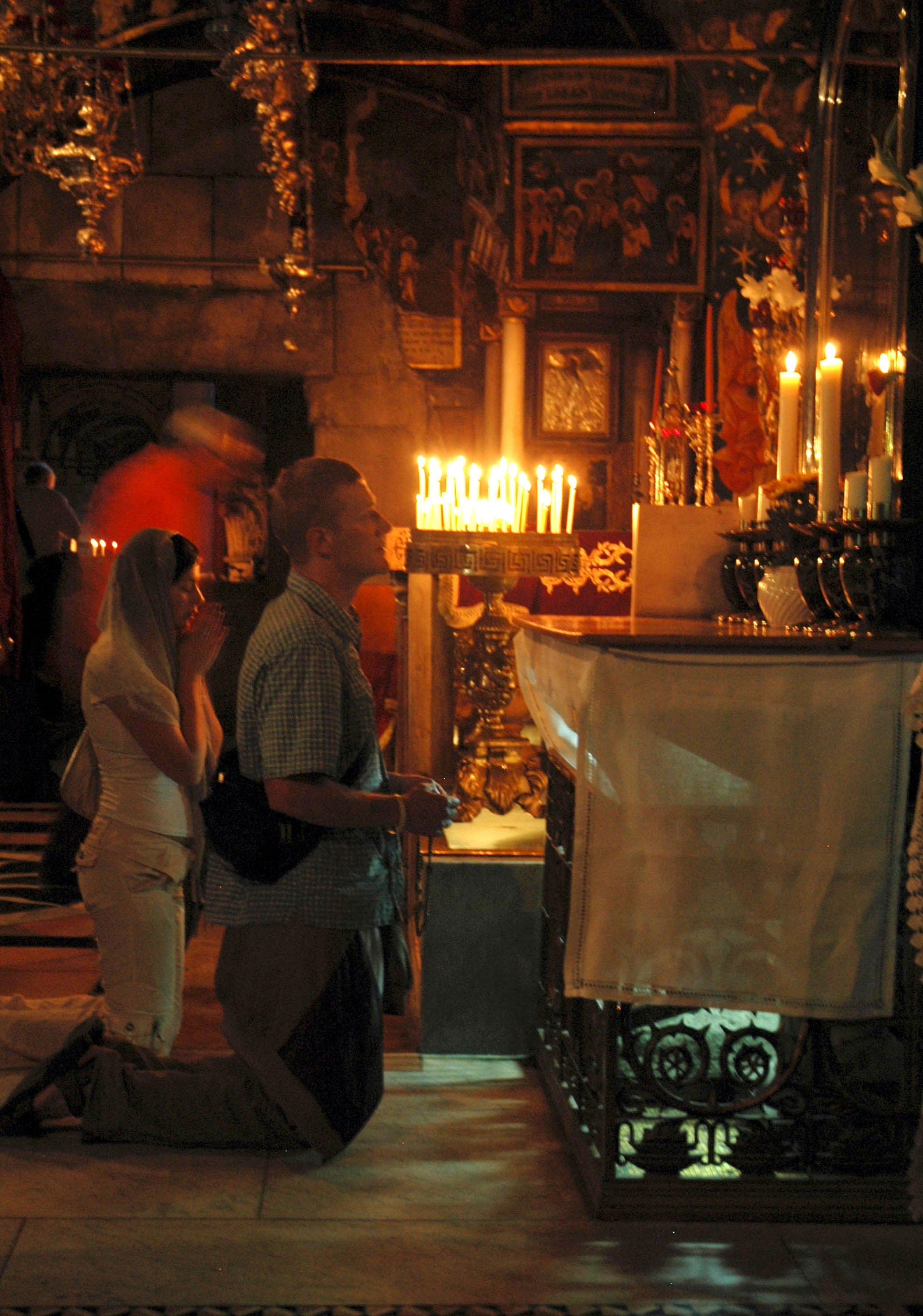 "Don't you want to go to Bethlehem?" the taxi driver asks.
Most restaurants are shuttered on this Jewish holiday of Shavuot, and taxis are few. But Avi, a Palestinian Christian, shadows the tourist haunts, hoping for business.
I first catch him on a street, then at the Israel Museum (home to the Dead Sea Scrolls), then at the door of the palatial King David Hotel. Always, his question is the same:
"Don't you want to go to Bethlehem?" It's only a 30-minute drive, he explains.
Hesitation on my part, and a deep breath. Bethlehem lies behind the political and sandstone curtain dividing lands Jewish and Palestinian, on the contentious West Bank.
Finally, a friend and I give in to the magnetism of history, and in the early morning hours, we ride off with Avi toward "the little town" memorialized in the beloved Yuletide hymn.
We're shuttled to a welcoming gift shop, then picked up by a guide and van who will take us the few blocks to the Church of the Nativity, built by Queen Helene, mother of the Roman emperor Constantine, on the spot believed to be Jesus' birthplace.
We scurry to a chapel beneath the sanctuary, a snug space of painted walls and hanging oil lamps said to be the site of that humble manger. White-clad nuns begin to gather, and our guide urges us out before the private service begins. By the time we reach the stone floors of the soaring church above, the rich strains of centuries-old psalms swell through the spare sanctuary.
We feel entirely safe except from the come-ons of the hawkers hoping to lure us to their gift shops.
For Christians, visiting Bethlehem is as essential to a Jerusalem pilgrimage as following the Stations of the Cross or praying in the Church of the Holy Sepulchre. For those of other faiths, and those drawn more by history than religion, this sweet town is inextricably bound to Jerusalem's twisting story of hope, conflict, alliances and resentments.
Past and present
Nearly all of the more than 3 million tourists who came to Israel in 2008 included Jerusalem on their must-see lists. More than in any other place in Israel, past and present coalesce and meld here. The modern city of 700,000-plus sprawls far beyond the millennia-old walls, but in its ancient core, history seems forever at your elbow.
When you read the Bible, Torah or historical texts, you may imagine great distances between the Temple Mount, where Solomon built the physical center of Judaism; Gethsemane, where Jesus prayed in the olive garden; Golgotha, where he hung on a wooden cross; and the stone tomb, where his body was laid to rest.
But like Bethlehem, these icons incarnate are closer than you expect. Much closer. Some religious sites stand literally atop each other; others are no more than steps apart.
As you wander through the old city's glorious stone warren, you quickly see that proximity is partly to blame for the ceaseless argument over Jerusalem's governance. Like a stone wedged inside your sandal, some discordant view is ever present. Regardless of your beliefs, someone who differs vehemently is likely to be just next door.
Even to a first-time visitor, it's no surprise to find metal detectors and strict security in the passageways separating Old Jerusalem's Arab quarter from the Jewish Western Wall, at the foot of the Temple Mount. And no surprise to find security again at the entrance leading up the Mount to the shimmering gold of the Dome on the Rock sacred to Muslims.
Religious divides
What is a surprise - at least to a casual visitor - is the dissent and violence that have plagued the Church of the Holy Sepulchre - not between Christians and Jews or Christians and Muslims, but between Christians and Christians.
These few square feet of stone, you learn, belong to the Greek Orthodox; these, to the Armenians; these, to the Catholics; these, to the Coptics. In all, six Christian denominations claim jurisdiction in various parts of the massive church, which stands over the ground where Jesus is said to have been crucified, entombed and resurrected.
With six caretakers, squabbling perhaps is inevitable. Over the years, one group or another has barred the door, hidden the key, blocked entrances, refused repairs and brawled so openly that police have been called to restore peace - even as recently as a few weeks ago. If you believe in the teachings of Jesus, or have simply read them, you may be appalled.
And yet, in this ancient city of squabbles, you may also be struck by a surprising sense of fellowship.
As they have for generations, Arab and Jewish merchants sell goods side-by-side in the Old City market - scarves by lamps by jewelry by dried teas by rugs by Uzbek embroidery sold by an Arab who says he has converted to Buddhism. Non-Orthodox Jews eat in Arab falafel stands and stop by the cafe atop the Christian Austrian Hospice for a Coke. Arabs, Christian priests and yarmulke-clad Jews pass each other in the snug alleys in what often seems a camaraderie of familiarity, if not shared purposed.
Worldwide community
"You have a sense of worldwide community, regardless of your religion," said Paul Hewerdine, an American Catholic who lives in Israel.
Groups of Christian pilgrims drag wooden crosses up the Via Dolorosa, the path partly through today's Arab quarter, where Jesus is said to have carried his own cross to his crucifixion. A Jewish jeweler points a bewildered traveler to the Crusader-era Church of St. Anne; an Arab bystander points to the obscured entrance.
Strains of a hymn spill from a Christian church; the Hebrew sounds of prayer flow from the Western Wall; a muezzin sounds the Muslim call to prayer. For all of Jerusalem's discord, at times the city sings in harmony.