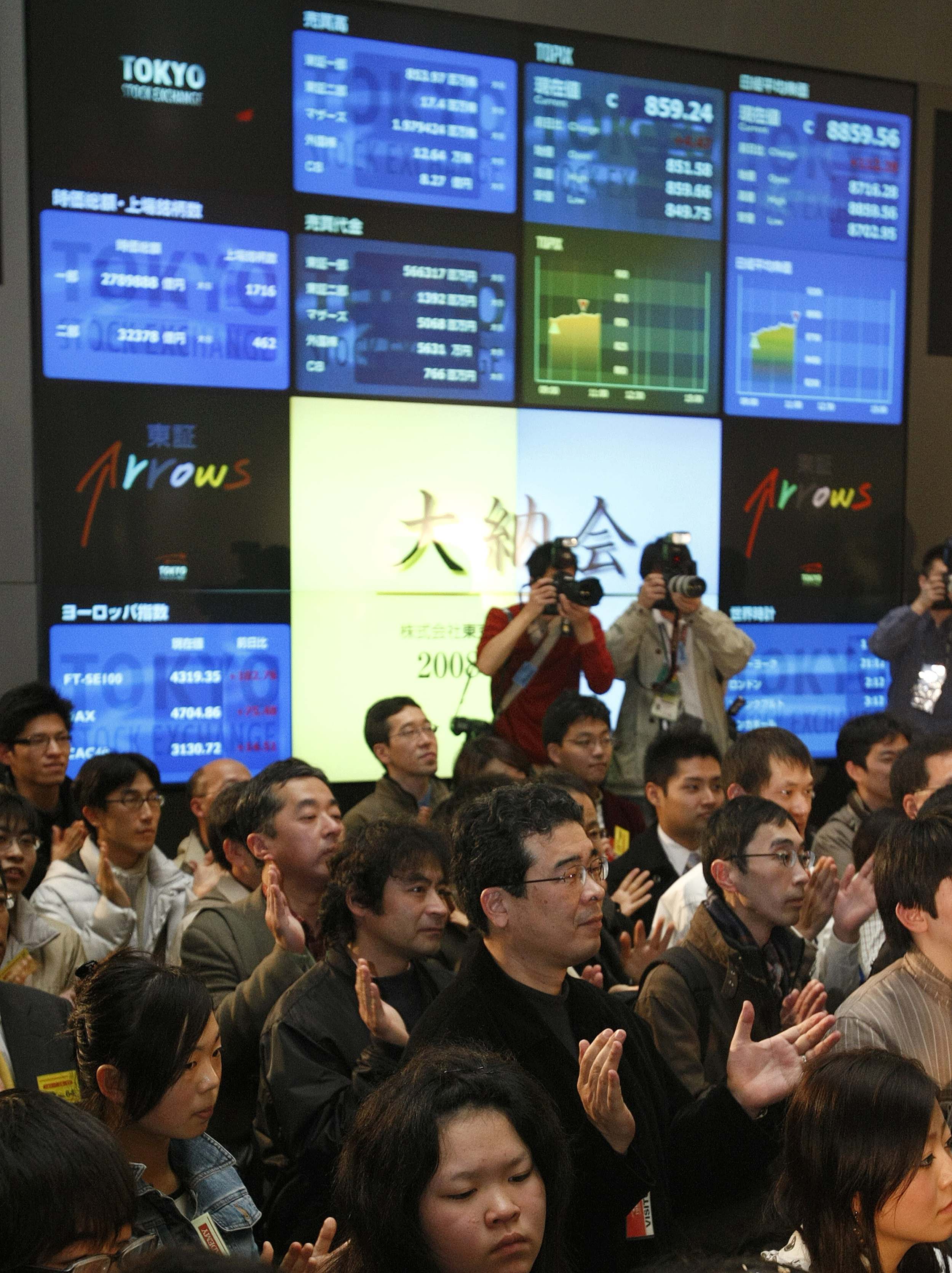 A miserable year for Japanese stocks ended with a modest gain yesterday that did little to mitigate the market's worst annual performance on record.
The benchmark Nikkei 225 stock average added 112.39 points, or 1.3 percent, to 8,859.56 in a shortened half-day session. The broader Topix index gained 0.5 percent to 859.24.
Hit by the global financial crisis, a deepening recession and a surging yen, the Nikkei shed a massive 42 percent in 2008. It was the index's steepest fall ever, outpacing a 39 percent decline in 1990 after Japan's "bubble" economy of the 1980s burst.
On the last day of trading in 2007, the Nikkei stood at 15,307.78.
"This year was a total disaster," said Tsuyoshi Nomaguchi, strategist at Daiwa Securities in Tokyo. "Nobody expected it to fall as much as it did."
The world's No. 2 economy has long relied on exports to drive growth, but ever-increasing reliance on overseas demand proved to be its Achilles' heel this year. Plummeting global demand for Japanese cars and gadgets took a heavy toll on exporters like Toyota Motor Corp. and Sony Corp., both of whom have slashed profit forecasts, scaled back production and pared payrolls.
Toyota, Japan's top automaker, last week forecast its first operating loss in 70 years for the fiscal year through March. Other analysts expressed more optimism for 2009, pinning hopes on incoming U.S. President Barack Obama as well as the impact of economic stimulus measures implemented by major countries around the world.
Yesterday's end-of-year rise marked the fourth straight session of gains, with the recent jump in crude oil prices boosting commodities issues.