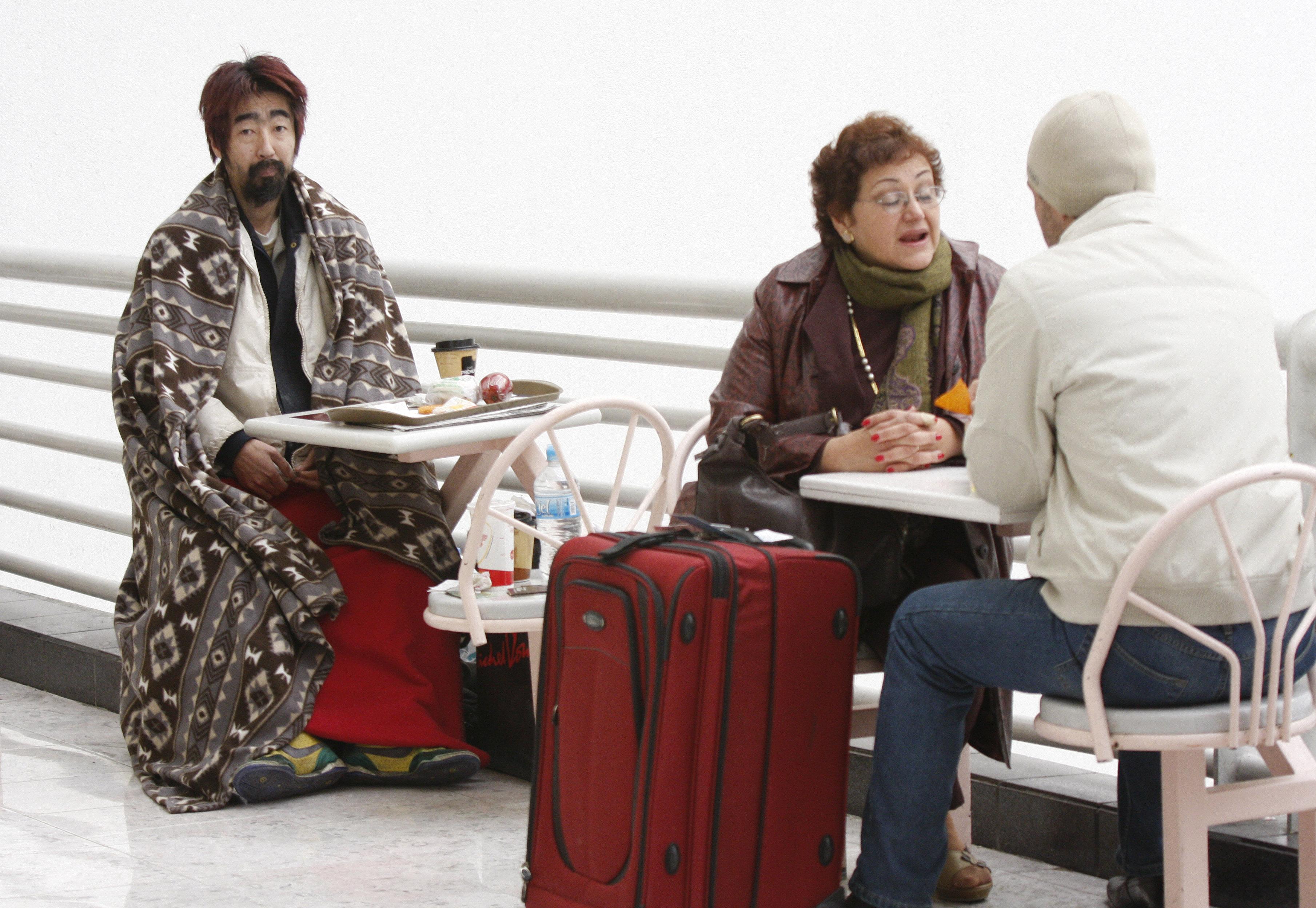 Easy come, easy go.
A Japanese man who had been living in Terminal 1 of the Benito Juarez International Airport since Sept. 2 - for no apparent reason - left under equally mysterious circumstances.
Authorities searched the terminal for Hiroshi Nohara on Monday but he was nowhere to be found, said an airport official who was not allowed to be quoted by name.
The daily Reforma newspaper ran photos of the scruffy man getting into a cab Sunday at the airport.
Nohara's three-month residency at the airport made him a local celebrity who drew comparisons to Viktor Navorski, a character portrayed by Tom Hanks in the 2004 movie "The Terminal."
But there was one major distinction: Navorski was forced to stay at a New York City airport after war broke out in his Eastern European country and officials said they could neither allow him into the U.S. nor deport him.
Nohara had a tourist visa that allows him to stay in Mexico - anywhere in Mexico, not just the airport - until early March. He also possessed a ticket home.
The middle-aged foreign national, whose exact age was not known, speaks little Spanish and never did explain his motives for staying when asked by an interpreter hired by the television stations that documented his daily activities and tourists who asked for his autograph and posed with him for pictures.
Reforma reported that he left Sunday with a woman who had visited him at least twice at the airport. But no one is sure who she is.
The Japanese Embassy was closed Monday, and no one could be reached to ask if they had news of Nohara's whereabouts.