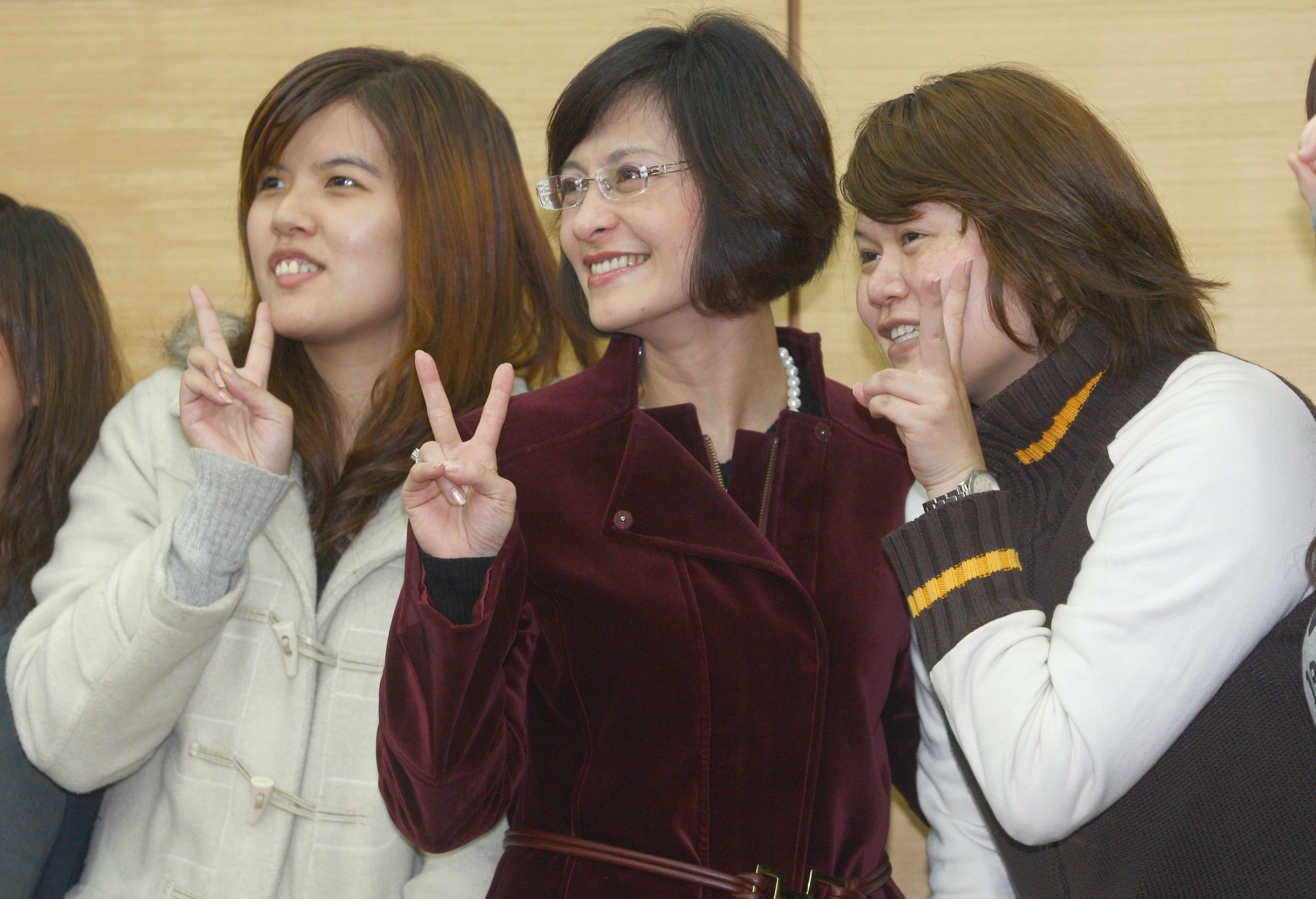 Singapore has agreed to the appointment of cabinet spokeswoman Vanessa Shih as Taiwan's new representative to the Southeast Asian state, Premier Liu Chao-shiuan told reporters yesterday.
Media reports first hinted at Shih's appointment earlier this month, but the government was unwilling to confirm or deny the change as long as Singapore had not accepted her. She served as deputy representative to Australia before joining the cabinet.
Singapore has official relations with China, but maintains close links with Taiwan, sending its military to the island for training. Singapore also played host to the first high-level meeting between representatives from Taiwan and China in 1993.
The Ministry of Foreign Affairs later confirmed Shih's new appointment.
She is the third member of Liu's team to leave office since the government came to power on May 20. Department of Health director Lin Fang-yue resigned after facing criticism for his handling of the Chinese melamine-tainted food scare. Gordon Chen resigned as director of the Financial Supervisory Commission amid falling stock prices and a slumping economy.
Shih herself also often faced criticism for failing to explain the government's policies.
Cabinet reshuffle?
Speaking at the Executive Yuan's year-end news conference yesterday, Liu was unwilling to put a timetable on further cabinet changes. Next month's Chinese Lunar New Year holiday has been mentioned as a likely time for a cabinet reshuffle.
The cabinet later announced that Su Jun-pin, the current Environmental Affairs chief in the Taoyuan County Government, would succeed Shih.
Su served as spokesman on President Ma Ying-jeou's presidential election campaign team. The handover is scheduled for today.
As director of the Government Information Office, the cabinet spokesperson also manages the government's media, film and television policies.
Earlier this month, Shih announced she would lift restrictions on singers and actors from China performing in Taiwan, a move which has worried local talent.