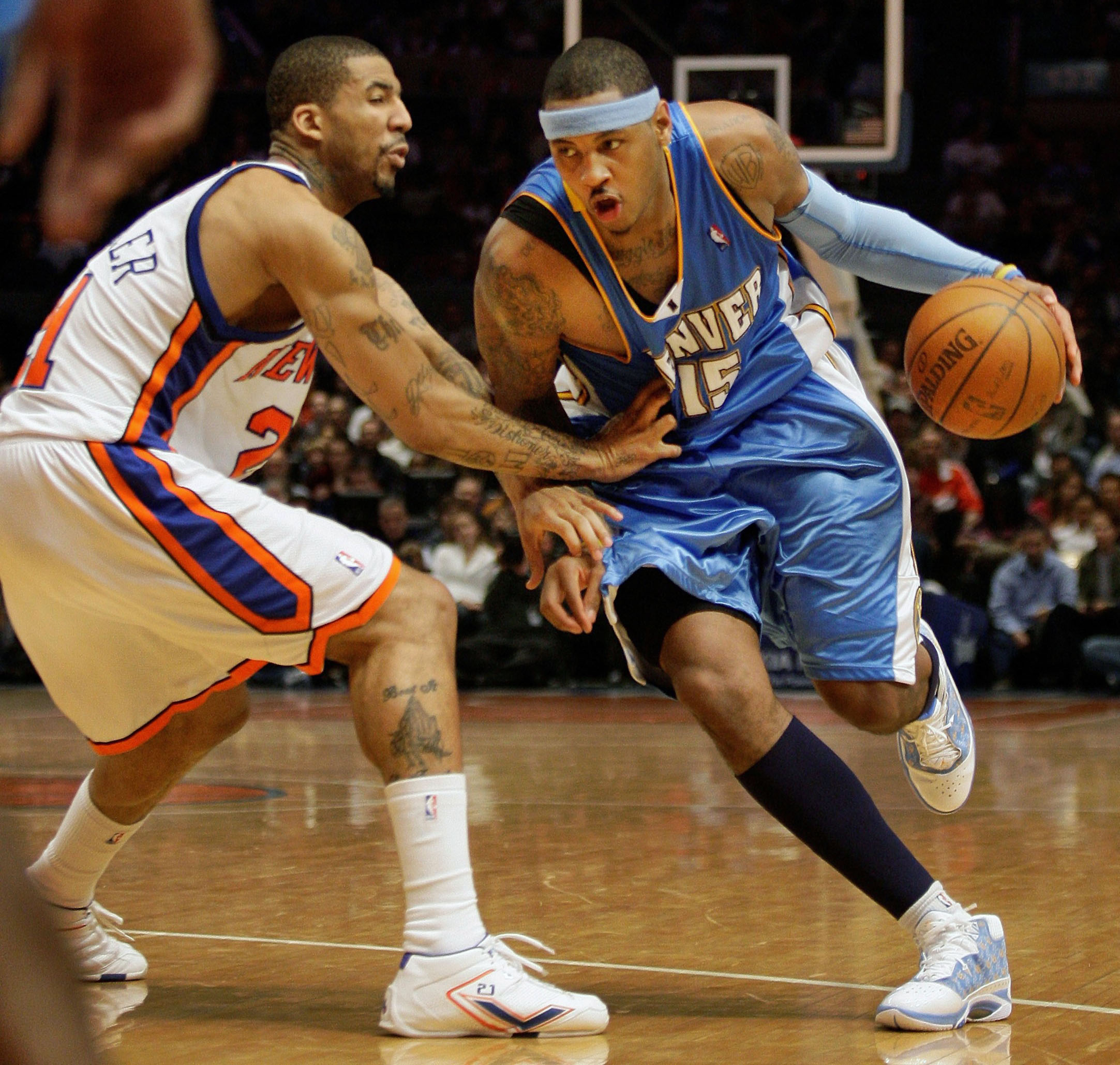 Carmelo Anthony made a triumphant return from injury Sunday, scoring 32 points in Denver's 117-110 National Basketball Association victory over the New York Knicks.
JR Smith added 16 points and Chauncey Billups chipped in 14 for the Nuggets, who improved to 20-11 and equaled the second-best 31-game start in franchise history and reached 20 wins before January for the third time.
Before sitting out a home-and-home series with Portland and Friday's win over Philadelphia, two-time All-Star Anthoy had shot 8-of-27, but in this one, his shooting was vastly improved.
Anthony shot 13-of-19 and the Nuggets were 45-of-79 (57 percent).
After taking a four-point lead into the fourth on Smith's 3-pointer to end the third, Denver allowed the Knicks to take a 106-105 lead on a pair of free throws by Chris Duhon with 4:43 to play.
Denver regained the lead as Anthony hit three jump shots sandwiched around Billups' 3-pointer in just over two minutes.
Denver sealed the win when Anthony found Nene for a dunk with just over a minute left.
In other NBA action on Sunday: Dallas 98, LA Clippers 76; New Orleans 105, Indiana 103; Cleveland 93, Miami 86; Boston 108, Sacramento 63; LA Lakers 130, Golden State 113