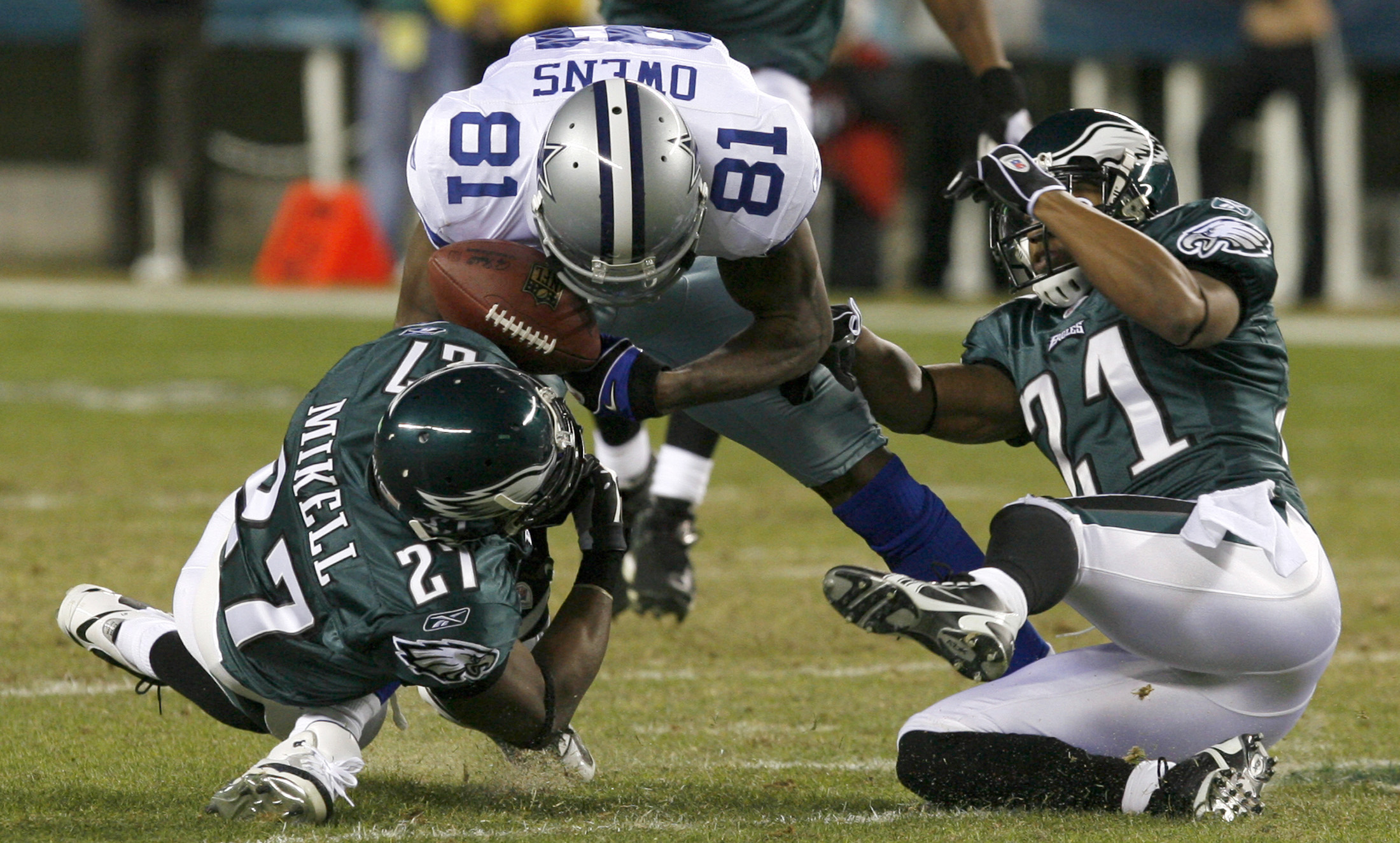 Five teams punched their National Football League playoff tickets in styles ranging from last-gasp efforts to thorough thrashings Sunday as the regular season came to a hectic close.
The Miami Dolphins completed a dramatic turnaround from last season's dismal campaign to earn a playoff berth as AFC East division champions.
Minnesota, Philadelphia, Baltimore and San Diego also advanced on a day that saw 11 teams battling for the five remaining spots in the 12-team playoffs.
Philadelphia took the field against Dallas with a chance to advance only after defeats earlier in the day for Tampa Bay and Chicago.
Oakland spoiled Tampa Bay's hopes with a 31-24 victory, while Chicago fell 31-24 to the Houston Texans.
The Eagles made the most of their opportunity with a crushing 44-6 victory over the Cowboys.
Quarterback Donovan McNabb ran for one touchdown and threw for two more as the Eagles humbled one of their most hated foes.
"I'm very proud of our guys," Eagles coach Andy Reid said. "They very easily could have lost the faith and not prepared themselves right for today."
The Cowboys would have claimed the final NFC berth with a victory. Instead they completed another late-season collapse, failing to post a winning record in December for the 12th season in a row.
In the third quarter, Philadelphia's Chris Clemons and Joselio Hanson returned fumbles 73 and 96 yards for touchdowns.
"It was a disaster from the opening kickoff," Dallas coach Wade Phillips said.
Minnesota needed only to win to clinch the NFC North division title and rallied from a fourth-quarter deficit to beat the New York Giants 20-19.
Ryan Longwell booted a 51-yard field goal as time expired to lift the Vikings to the triumph over the Giants, already the top seeds in the National Conference.
Minnesota's Adrian Peterson, who turned in a 67-yard touchdown run, rushed for a total of 103 yards and became the first Viking to claim an NFL rushing title.
"Celebrate tonight, have a little fun, and come back to work on Tuesday," Peterson said of the Vikings' preparations for next weekend's first-round clash with Philadelphia.
Elswhere in the NFC, Carolina, already assured of at least a wild-card, defeated New Orleans 33-31 to claim the NFC South crown, the second seed in the NFC and a first-round bye.
John Kasay kicked a 42-yard field goal with one second left to secure the victory.
Playoff-bound Atlanta rallied to beat St. Louis 31-27, the Falcons setting up a first-round playoff meeting with Arizona, 34-21 winners over Seattle.
The Dolphins captured the hotly contested AFC East crown with a 24-17 triumph over division foes the New York Jets.
Miami finished the season with an 11-5 record after winning just one game last season.
The 10-game turnaround matched the 1999 Indianapolis Colts for the best in league history.
Baltimore also completed an unlikely turnaround, booking the final AFC wild-card spot with a 27-7 victory over Jacksonville.
John Harbaugh, in his first season as the Ravens' coach, was the architect of a remarkable six-game improvement in a team that was 5-11 last season.
The New England Patriots blanked Buffalo 13-0, but their chance of capturing the AFC East crown evaporated when the Dolphins won, and Baltimore's victory denied them a wild-card.
The Patriots finished 11-5, becoming the first 11-win team to miss the postseason since Denver in 1985.
See 'Winless' on Page 20