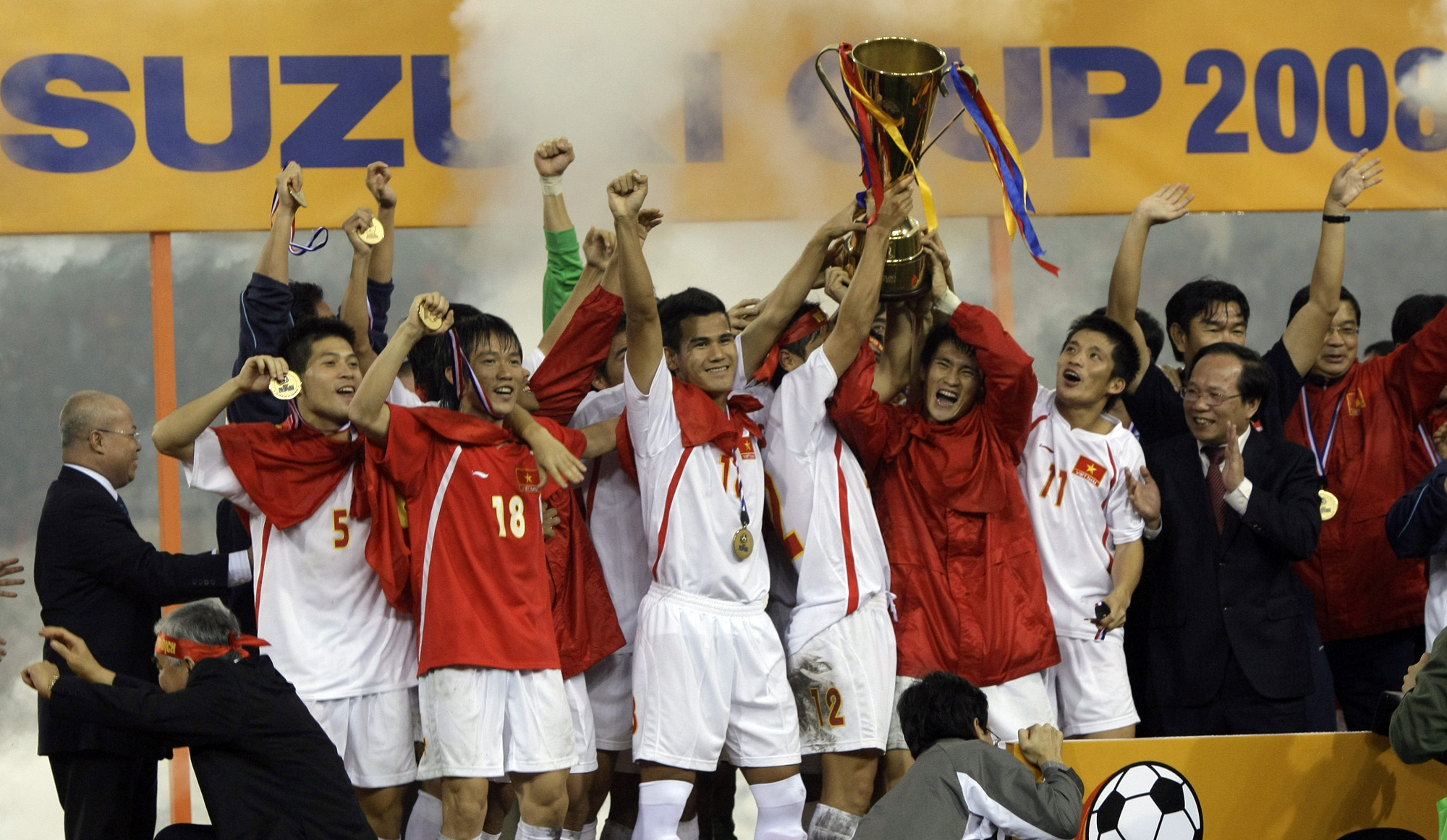 Vietnam awoke to a collective hangover yesterday after partying long and hard into the night following their national soccer team winning their first international title on Sunday.
Hundreds of thousands of revellers on motorbikes and on foot flooded downtown Hanoi after the national team scored a dramatic equalizer in the final seconds on Sunday to clinch the Southeast Asian championship, waving flags, banging pots and pans, cheering wildly and chanting "Vietnam is invincible!" for hours.
Yesterday morning traffic was lighter than usual following the 1-1 draw with Thailand that gave Vietnam the 3-2 aggregate win, and almost every Vietnamese newspaper ran a front page story about the victory.
"We did it!" blurted a headline in Thanh Nien Daily.
"Vietnam is invincible: Unsurpassable!" said the front page of Ho Chi Minh City Law.
"Magical Vietnam," read the headline on page one of the newspaper People's Police.
Even Nhan Dan, the staid mouthpiece of the ruling Communist Party, printed news of the soccer victory on its front page with a picture of Prime Minister Nguyen Tan Dung in a dark suit and pink necktie presenting the trophy to the team.
Inside, pictures showed revellers in other cities around the country - Ho Chi Minh City, Danang, Dalat - celebrating the victory of the team that has never qualified for the World Cup finals and is ranked 155th in the world.
"Happy? Dizzy? Elated? No. Those words are not enough to describe the mood of the Vietnamese people last night - the night of Dec. 28, 2008, a night that will be written into the white pages of the soccer history of our fatherland," Tuoi Tre newspaper said.
The win gave the Vietnamese something to celebrate at the end of a year of double-digit inflation and economic crisis.
But greater feats remained a big question mark for a team with a chequered history in a region that is far from a hub of world class soccer, and has demonstrated very little continuity from generation to generation.
Hanoi driver Nguyen Duc Toan, and no doubt countless others in this soccer-crazed country, enjoyed what Vietnam had achieved but was under no illusions about the future.
"For team Vietnam, sometimes there's sun, and sometimes there's rain," Toan said on an overcast morning.
"At this time, with these players, they happen to be good, but when these players are gone, they won't necessarily be good anymore."