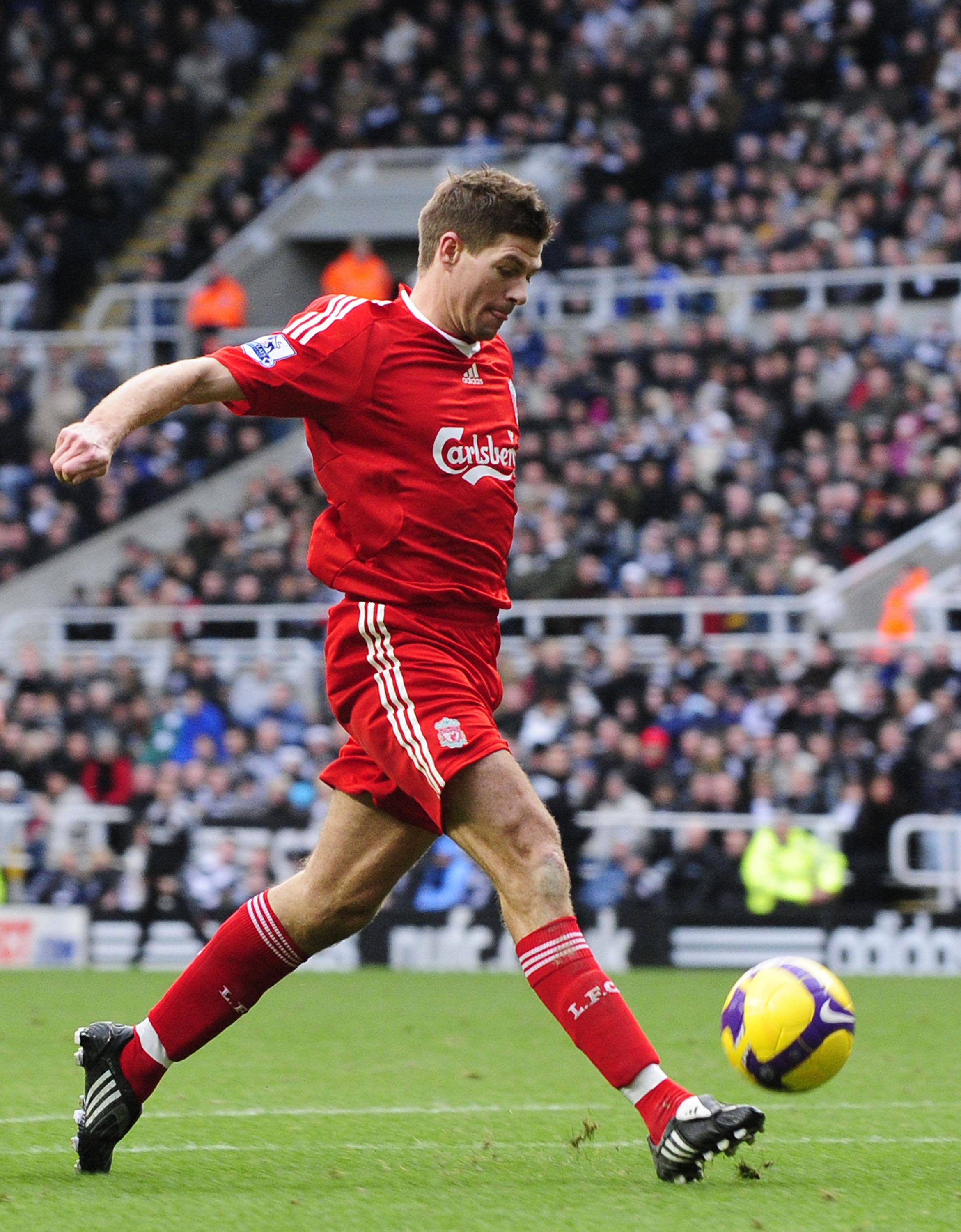 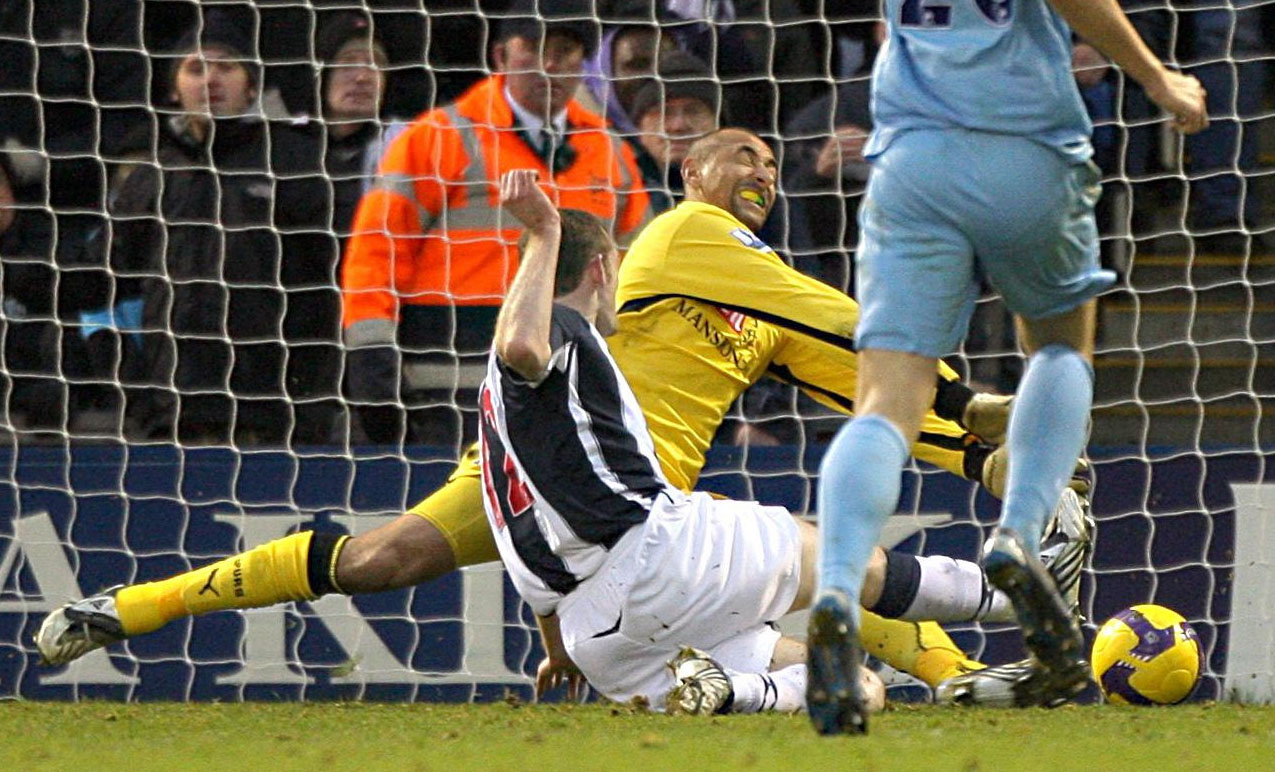 Liverpool moved three points clear at the top of the Premier League on Sunday after the Reds demolished Newcastle 5-1 and title rival Chelsea was held 2-2 at Fulham.
Fulham's Clint Dempsey headed his second goal of the game with a minute remaining to stun Chelsea after the American midfielder's early strike was wiped out by Frank Lampard's double.
Steven Gerrard scored twice and set up another at Newcastle to give Liverpool 45 points after 20 matches, with Chelsea on 42.
Manchester United, which has played three games fewer, is next with 35 and was set to host Middlesbrough yesterday evening.
The Blues were on the back foot after 10 minutes when John Mikel Obi failed to deal with a curling free kick from Simon Davies and Dempsey controlled the bouncing ball with his chest and flicked it past Petr Cech.
Chelsea's fightback began five minutes after the break when Fulham goalkeeper Mark Schwarzer collided with defender Aaron Hughes and the loose ball broke for Lampard to sidefoot home.
Lampard then unleashed a swerving free kick from 25m through a gap in the Fulham wall to wrong-foot Schwarzer and put Chelsea on course for all three points.
But with the clock ticking down, Dempsey latched onto another delivery from Davies, this time a corner, to leave Chelsea manager Luiz Felipe Scolari with just 10 points from a possible 21.
"We need to work hard again and start again," Scolari said. "The championship is not finished today. It will be finished in the last two or three games. It is normal in England. The Premier League is difficult."
Earlier at St. James' Park, Liverpool's victory had provided further evidence that its 19-year wait for the league title may be drawing to a close.
The victory was all the sweeter for manager Rafa Benitez, coming two days after a comprehensive 3-0 win over Bolton and while star striker Fernando Torres continues to recover from a hamstring injury.
"This is a very strong, very focused, very determined bunch of players, and the joy from my point of view is that they are all willing to work hard and improve on their game," assistant manager Sammy Lee said. "That as a coach and a manager is all you can ask from players.
"We have got a belief. It's not an arrogance - hopefully it doesn't sound conceited, but we prepare to succeed, we don't prepare to fail."
Newcastle's loss came as owner Mike Ashley announced that he was taking the club off the market after failing to attract a buyer.
Manchester City scored twice in the closing minutes to wipe out goals from Benni McCarthy and Jason Roberts and salvage a 2-2 draw at Blackburn.
"We were struggling at that point, but the lads showed fantastic effort and commitment," said City manager Mark Hughes, who vacated the Ewood Park hotseat in the offseason.
Robinho's lofted pass fell to Daniel Sturridge in the 88th and was slammed into the net.
The 19-year-old substitute striker then returned the favor, weaving through the Blackburn defense and sending a low ball to the unmarked Robinho to slot past Paul Robinson in the fourth minute of stoppage time.
Ricky Sbragia's first match in permanent charge of Sunderland ended in a 3-0 defeat against an Everton side without a genuine striker.
Arteta scored the first two goals from free kicks, with the first curling straight past Marton Fulop in the 10th minute. The Spaniard struck the defensive wall in the 27th, but the rebound deflected into the net off Teemu Tainio.
Dan Gosling added the third goal in the closing stages of his home debut when the 18-year-old midfielder turned in a pass from Joleon Lescott.
Arsenal maintained its bid for one of four Champions League places when William Gallas, who was stripped of the captaincy for revealing strife in the squad, headed in Denilson's free kick in the 81st to edge Portsmouth 1-0.
Stoke had Ricardo Fuller sent off for slapping captain Andy Griffin as West Ham rallied to win 2-1. The pair became embroiled in a heated exchange after Griffin had been turned by West Ham forward Carlton Cole to cancel out Abdoulaye Faye's fourth-minute header.
Galvanized by their goal and unexpected numerical advantage for almost 40 minutes, West Ham grabbed the winner in the 88th when Diego Tristan deflected Cole's shot into the net.
Amr Zaki scored his 11th goal of the season from the penalty spot to give Wigan a 1-0 win at Bolton.
West Bromwich Albion, battling to avoid relegation, beat 10-man Tottenham 2-0 with late goals from Roman Bednar and Craig Beattie. Tottenham's Benoit Assou-Ekotto was dismissed in the 35th minute for stamping on Gianni Zuiverloom.