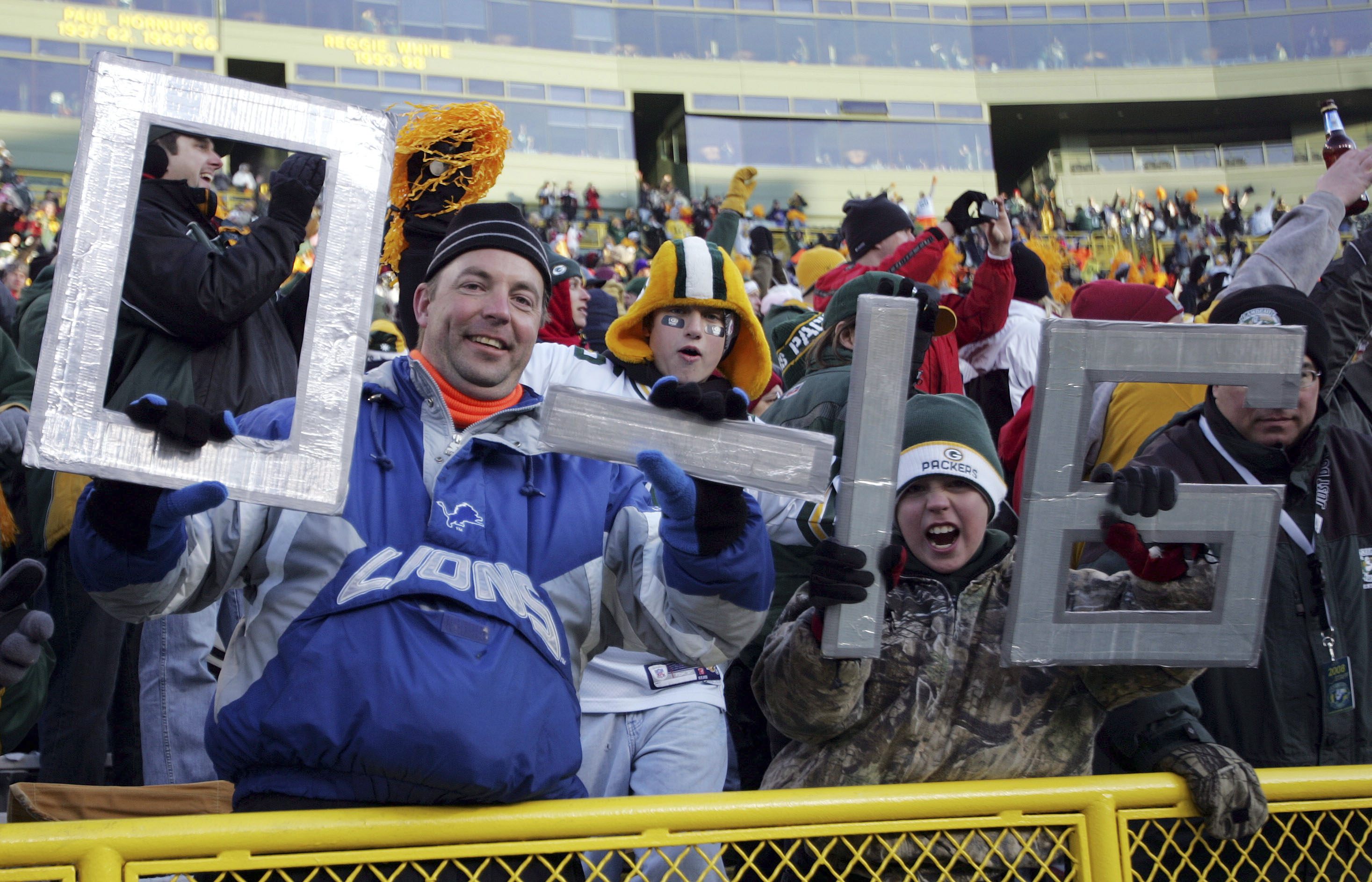 The Detroit Lions set a new benchmark for National Football League futility Sunday as they completed the first 0-16 winless season with a loss to the Green Bay Packers.
Aaron Rodgers threw three touchdown passes to lead the Packers to a 31-21 victory over the Lions, who were unable to avoid writing their names in the record books.
Detroit joined the 1976 Tampa Buccaneers, who went 0-14, as the only winless teams in the Super Bowl era. Two years later, the league expanded to a 16-game season, paving the way for Detroit's dubious achievement.
"It stinks, first team to not win a game in a 16-game season," said Lions wide receiver Calvin Johnson. "We can't do anything about it. We started off bad, had a couple of chances, but we let it get away.
"The season kind of slipped away."
"I think the record speaks for itself," Lions coach Rod Marinelli said. "We tried hard all year. I felt they gave it their best.
"I felt I gave it my best, but sometimes your best isn't good enough and it wasn't good enough this year."
The Lions showed some intensity in their attempt to avoid ignominy, rallying from a pair of deficits to enter the fourth quarter with the score knotted at 14-14.
But there was no reprieve, as Rodgers threw two touchdown passes in the fourth quarter to seal Detroit's fate.
Rodgers said the Packers, who punctuated their own disappointing season with a face-saving victory, couldn't afford to feel sympathy for the Lions.
"We didn't want to lose, no we didn't," Rodgers said. "But really it's not on your mind once the game starts."
Detroit's final comeback bid ended when quarterback Dan Orlovsky was intercepted by Nick Collins with three minutes to play.
That sparked chants of "Oh-and-16" from the Packers fans.
"I don't care about the crowd chanting," Lions rookie running back Kevin Smith said. "Why do I care about the crowd? I am trying to win a ball game."
Rodgers said the chants were all that reminded him of his opponents' predicament.
"I didn't even think about it until the fans started chanting in the fourth quarter," he said. "(Detroit) played hard, they really did. They've been in a tough situation. I think Rod Marinelli's handled everything very classy through the whole season."
Lions kicker Jason Hanson said he felt bad for the team's fans.
"It is a bad deal," Hanson said. "Everyone here owns this. We just could not get it done. It is embarrassing."