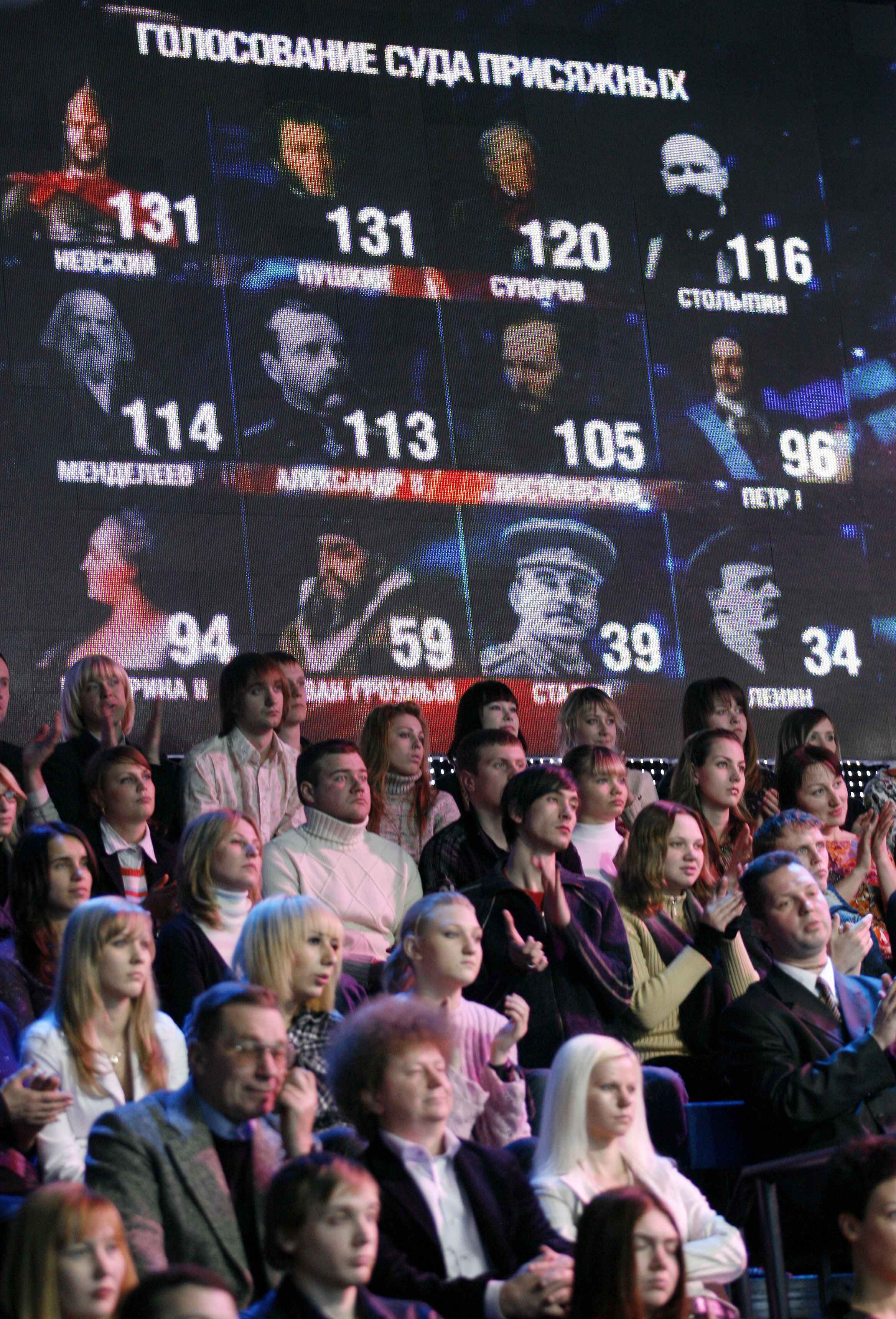 Soviet dictator Josef Stalin was voted Russia's third most popular historical figure in a nationwide poll that ended on Sunday, despite the famine and purges that marked his rule. The "Name of Russia" contest run by Rossiya state television channel over more than six months closed on Sunday night with a final vote via the Internet and mobile phones. It drew more than 50 million votes in a nation of 143 million.
Millions of Soviet citizens perished from famine during forced collectivisation, were executed as "enemies of the people" or died in Gulag hard labour camps during Stalin's rule which lasted for almost 30 years until his death in 1953.
"We now have to think very seriously, why the nation chooses to put Josef Vissarionovich Stalin in third place," prominent actor and film director Nikita Mikhalkov, one of the contest's judges, said after the results of the vote flashed on a screen. "We may find ourselves in a situation where absolute power and voluntarism that ignores people's opinions may prevail in our country, if a fairly large part of the nation wants it."
At the top of the list was 13th century prince Alexander Nevsky, who defeated German invaders, followed by Pyotr Stolypin, a prime minister in the early 20th century known for agrarian reforms and a clampdown on leftist revolutionaries. The project was launched in mid-June with a list of 50 historical figures selected from some 500 original ones.
Support for the Georgian-born Stalin came alongside widespread grief at the death of Soviet-era dissident Alexander Solzhenitsyn in August as the project was gaining pace.
"The younger generation is fed with myths about Stalin. It knows nothing about the millions who died in Gulag camps but well knows he was a strong leader who defeated (Nazi) Germany," human rights activist Lev Ponomaryov told Reuters.
He said a whiff of Stalinism was felt in Russia's harsh tone with the West which has accused Moscow of backtracking on democratic refoms and keeping a tight lid on dissent.
Stalin's nostalgic supporters like to repeat that he defeated Nazi Germany, industrialised the Soviet Union and achieved total literacy across a backward peasant nation.
"Of course, there were also dark pages, but in general he is remembered mostly as a great leader," Viktor Ilyukhin, a leading member of the Communist party, said. "We have been living under capitalism for 20 years now and so what? We are no longer a superpower. Our voice is weak both in economics and politics."