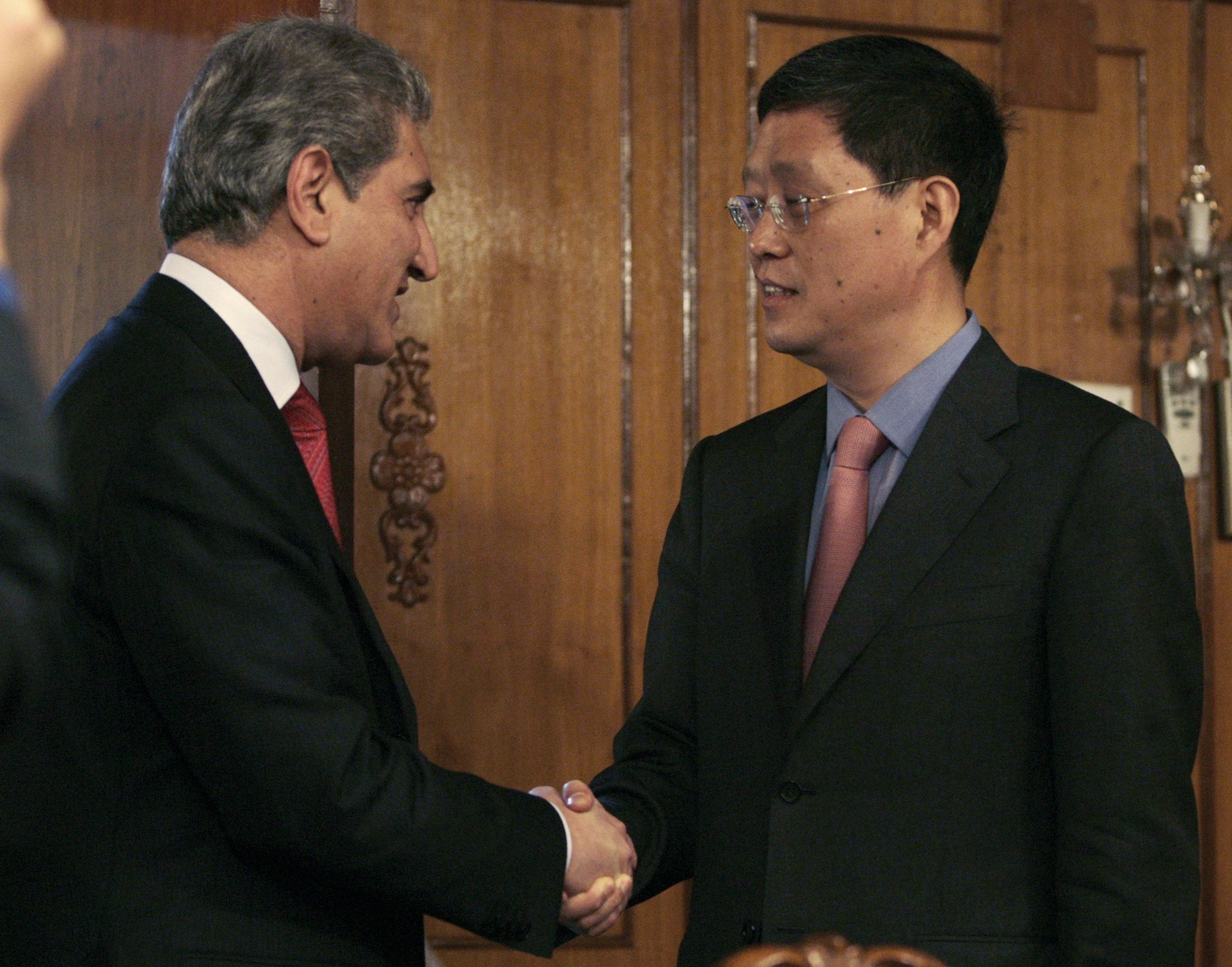 Indian and Pakistani military officials held an unscheduled hotline call, a Pakistani security officer said, as China joined efforts to ease tension between the neighbours inflamed by last month's militant attacks in Mumbai.
India has blamed Pakistan-based militants for the assault on Mumbai in which 179 people were killed, inflaming old hostilities between the nuclear-armed rivals.
China's Vice Foreign Minister He Yafei arrived in Pakistan on Sunday and was due to meet Foreign Minister Shah Mehmood Qureshi, the Pakistani Foreign Ministry said.
"He is visiting in the context of this current situation between India and Pakistan. China is playing a very positive role," said Pakistani Foreign Ministry spokesman Mohammad Sadiq.
The South Asian neighbours both tested nuclear weapons in 1998. They have fought three wars since independence from Britain in 1947 and came to the brink of a fourth after gunmen attacked the Indian parliament in December 2001.
Although most analysts say war is very unlikely, international unease is growing.
Senior military officials from India and Pakistan held an unscheduled conversation on a hotline at the weekend, said a Pakistani security officer, who declined to be identified.
The two countries' directors general of military operations talk every Tuesday, but spoke at the weekend because of "the current situation," said the officer. He declined to give details.
Pakistan has condemned the Mumbai attacks and has denied any state role, blaming "non-state actors."
India, the United States and Britain have blamed the attacks on Pakistan-based Islamist group Lashkar-e-Taiba, set up by Pakistani security agencies in the late 1980s to fight Indian rule in the disputed Kashmir region.
Since the attacks, Pakistan has detained scores of militants, including several top leaders, and shut offices and frozen the assets of the Jamaat-ud-Dawa charity group, which the United Nations says is a front for the LeT.
India is demanding Pakistan dismantle what it calls the infrastructure of terrorism.
Sadiq said China was not pressing Pakistan to do more to suppress militants.
"China is not putting any pressure. We are acting against militants anyway and they are here to defuse tension. They are not the 'do-more' crowd," he said, referring to countries such as the United States which Pakistan says continually demand more action.
The Chinese minister was due to travel to India later yesterday, another government official said.
As tension has increased, Pakistan has cancelled army leave and shifted some troops from its western border with Afghanistan.
Pakistani military spokesmen have denied any build-up of troops on the eastern border with India, but a security official said some troops had been moved to that border.