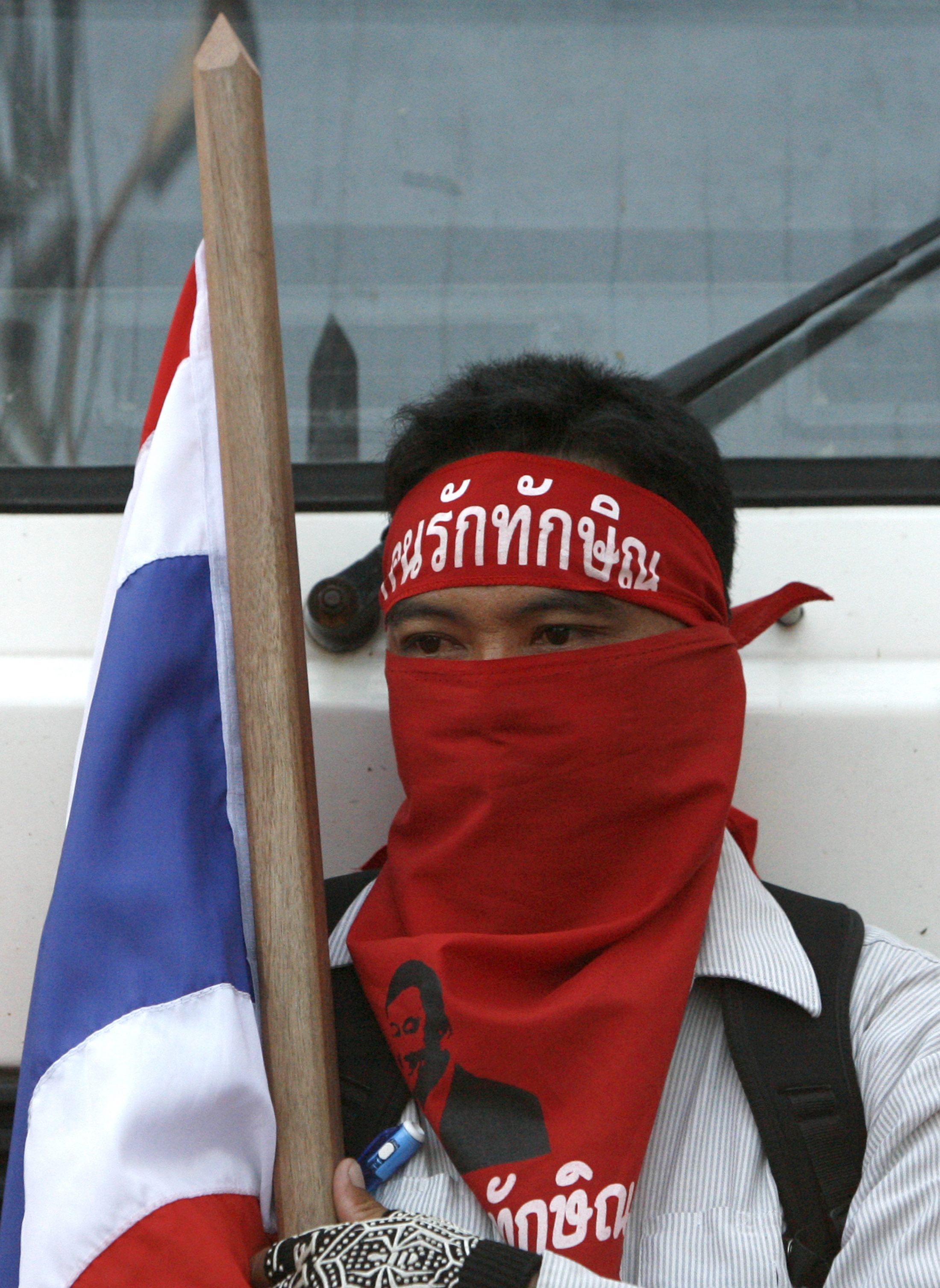 Thai premier Abhisit Vejjajiva was forced to delay his maiden policy speech until today after thousands of protesters blockaded parliament in the latest twist to the kingdom's political crisis.
Red-shirted supporters of ex-prime minister Thaksin Shinawatra, who was toppled in a 2006 coup, sealed off the gates to parliament yesterday and said they would stay until the newly installed Abhisit calls fresh elections.
The siege brought a sense of deja vu for many Thais, with protesters copying the tactics of rival yellow-clad activists who launched a street campaign that helped to bring down a government led by Thaksin's allies in December.
"The house speaker has decided to postpone the session until tomorrow (Tuesday)," Abhisit told a press conference, adding that the speech could continue until tomorrow. The speech was meant to start yesterday morning but had already been delayed twice.
"We have negotiated all day and it was not successful, but we will continue our efforts. What has happened today will not affect the government's plans," he said.
The pro-Thaksin protesters earlier said they would allow the Oxford-educated Abhisit and his cabinet to walk into parliament but not come by car. Authorities said it was unsafe for legislators to do so.
Police said around 9,000 "red-shirts" descended on parliament overnight after at least 20,000 Thaksin supporters had gathered on Sunday night at a city center parade ground several kilometers away.
"We call for the government to dissolve the house and return power to the people," said pro-Thaksin leader Chalerm Yoobamrung.
Oxford-educated Abhisit won a parliamentary vote two weeks ago to become Thailand's third premier in four months, after a court dissolved the former ruling People Power Party (PPP) loyal to Thaksin on Dec. 2. That verdict followed months of protests by the royalist People's Alliance for Democracy (PAD), an anti-Thaksin group that blockaded Bangkok's airports earlier this month, causing huge damage to the economy.
Supporters of Thaksin, who is living in self-imposed exile to avoid a jail sentence for corruption, said the verdict in a vote fraud case was a "disguised coup" against the former government.