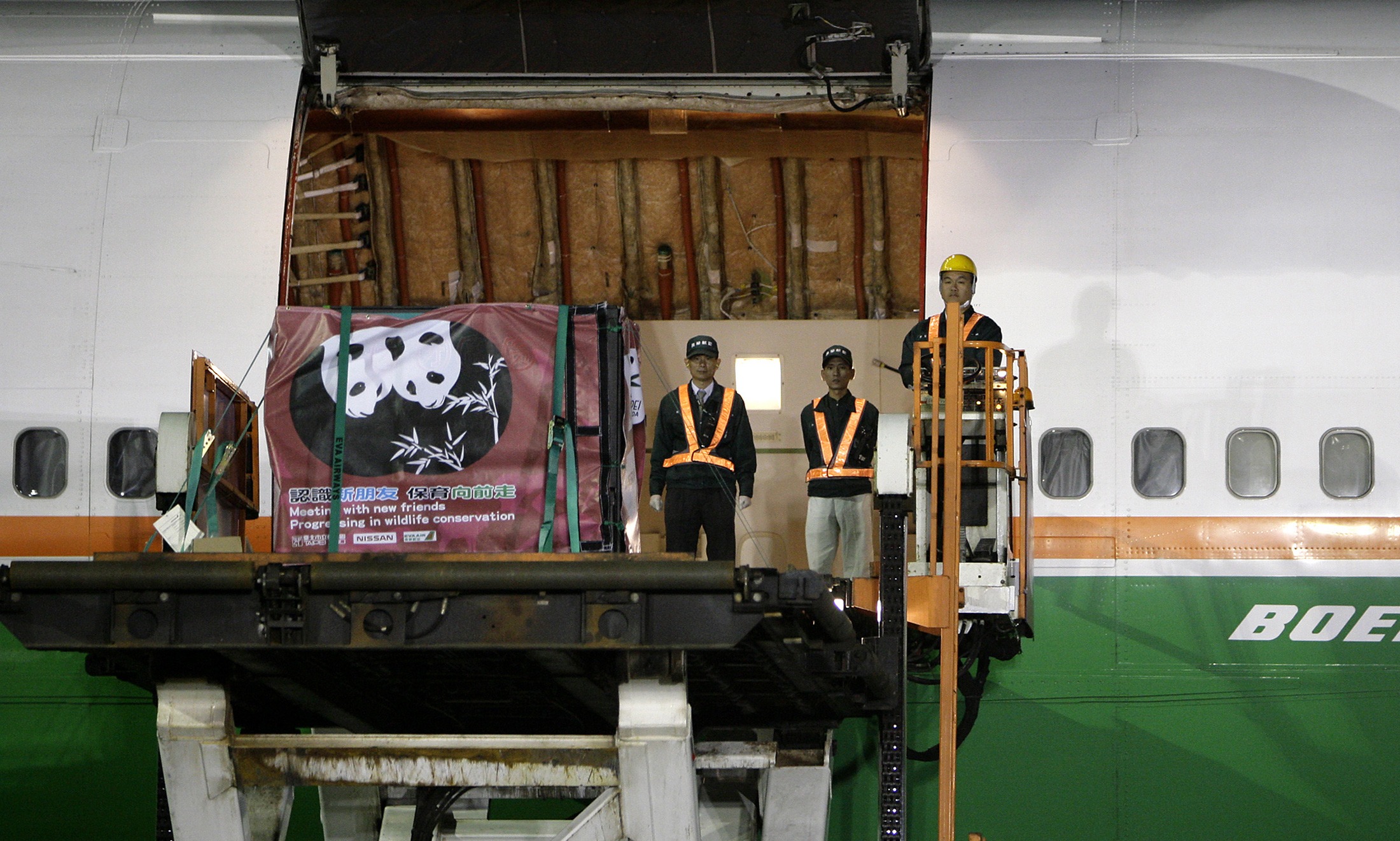 Tuan Tuan and Yuan Yaun, the two giant pandas from China which will be kept at Taipei Zoo, have been losing weight since their arrival in Taipei last week because of a different diet and lack of exercise, a zoo official said yesterday.
Male panda Tuan-Tuan has shed about 2kg and female Yuan Yuan nearly 3kg as the natives of the fog-shrouded mountains of southwest China grappled with Taiwan's bamboo shoots and smaller living space, zoo research officer Chin Shih-chien said.
Tuan Tuan weighed 110.2 kg and Yuan Yuan weighed 111.4 kg yesterday, Chin said. The names said together mean "reunion."
"It's not a weight-loss program, it's that they're not exercising enough," Chin said. "The amount of space isn't what they had before now that they're quarantined. Food is also a factor."
They were taking time to get used to Taiwan's bamboo shoots after arriving last Tuesday but were due to leave quarantine next month, he said. Their new home will feature an outdoor enclosure where as many as 30,000 people can see them per day.
Pandas can only be found in the wild in China where they are rebounding from the brink of extinction, but not yet out of the woods - in large part because of difficulties in producing cubs.
The Taiwan zoo will try to mate the pair and may return any cub to China, a zoo official said last month.
Beijing has given pandas to nine countries including Japan, the United States and the former Soviet Union since 1957.