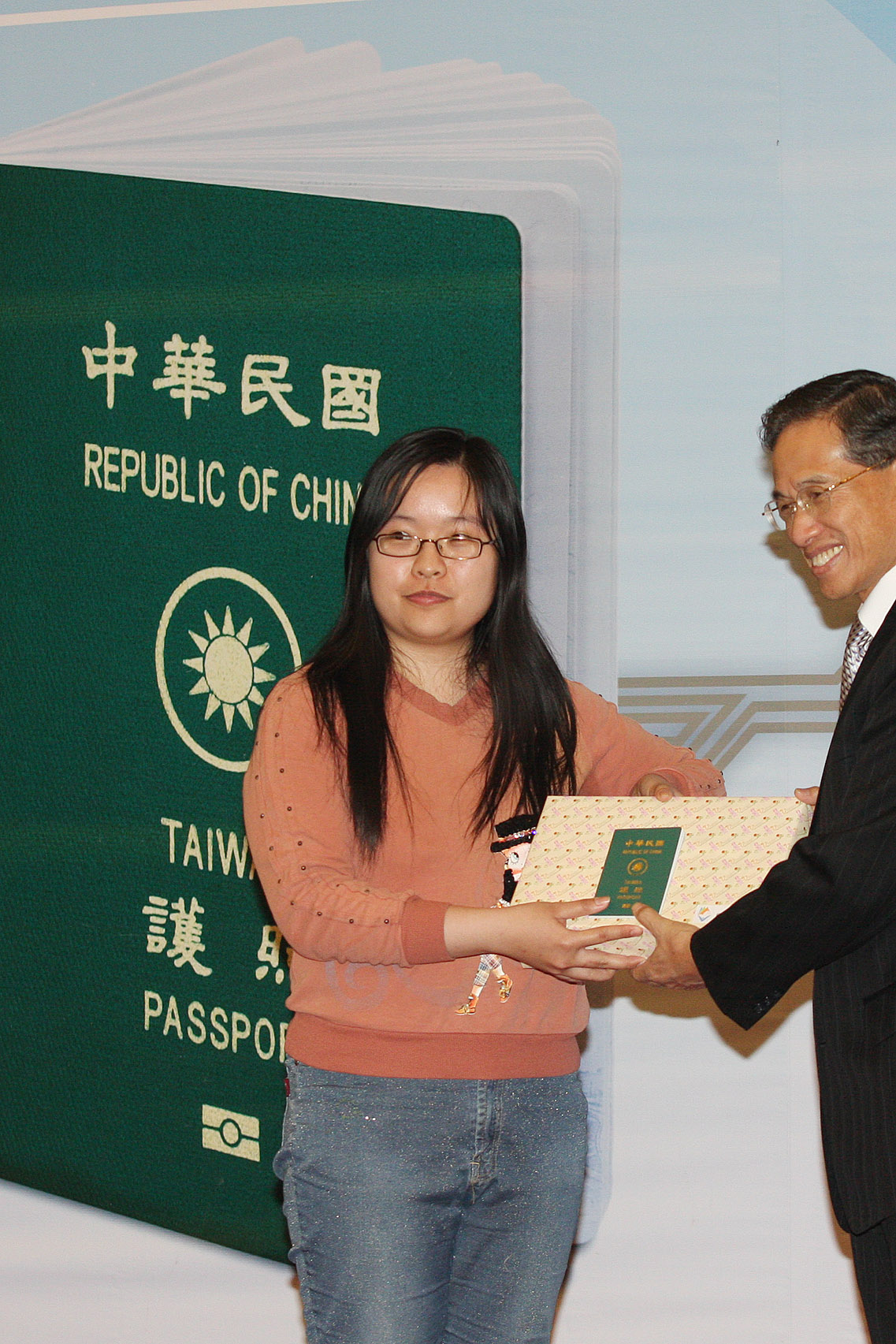 Foreign Minister Francisco Ou launched the first of the new electronic passports yesterday morning, a move which the government hopes will lead to visa-free travel to the United States and the European Union for Taiwanese citizens.
Taiwan became the 60th country in the world to introduce the passports, which include a chip making them more difficult to forge.
The chip includes the passport holder's basic data and a picture, but not the fingerprints, the ministry said, explaining the document would not infringe on the holder's privacy.
During its first year of usage, the passport will cost NT$1,200, before reverting to a NT$1,600 fee from Jan. 1, 2010.
The original passports can still be used until the end of their validity date, but it is also possible to apply for a new one earlier.
The new documents have an international logo on their cover which identifies them as an electronic passport, and the number of inside pages has increased from 48 to 52, the ministry said.
Ou and three top ministry officials held simultaneous news conferences presenting the ePassports in Taipei, Taichung, Kaohsiung and Hualien yesterday morning, handing out free passports to 22 winners of a lottery, which drew more than 10,500 applicants, the ministry said.
At the Taipei ceremony, Ou also gave a demonstration of the new passport reading equipment, showing how it manages to check the ePassport in just a few seconds. Once the nation's international airports will be fitted with the new equipment, passport controls will become quicker and more efficient, Ou said.
He also pointed out how the new documents are putting Taiwan in line with other countries. Since the 911 attacks against the United States in 2001, 59 countries have introduced electronic passports to enhance their security.
If the ePassports are successful, Taiwanese citizens could eventually be allowed to travel to the United States and to European Union countries without having to apply for a visa, the ministry said.