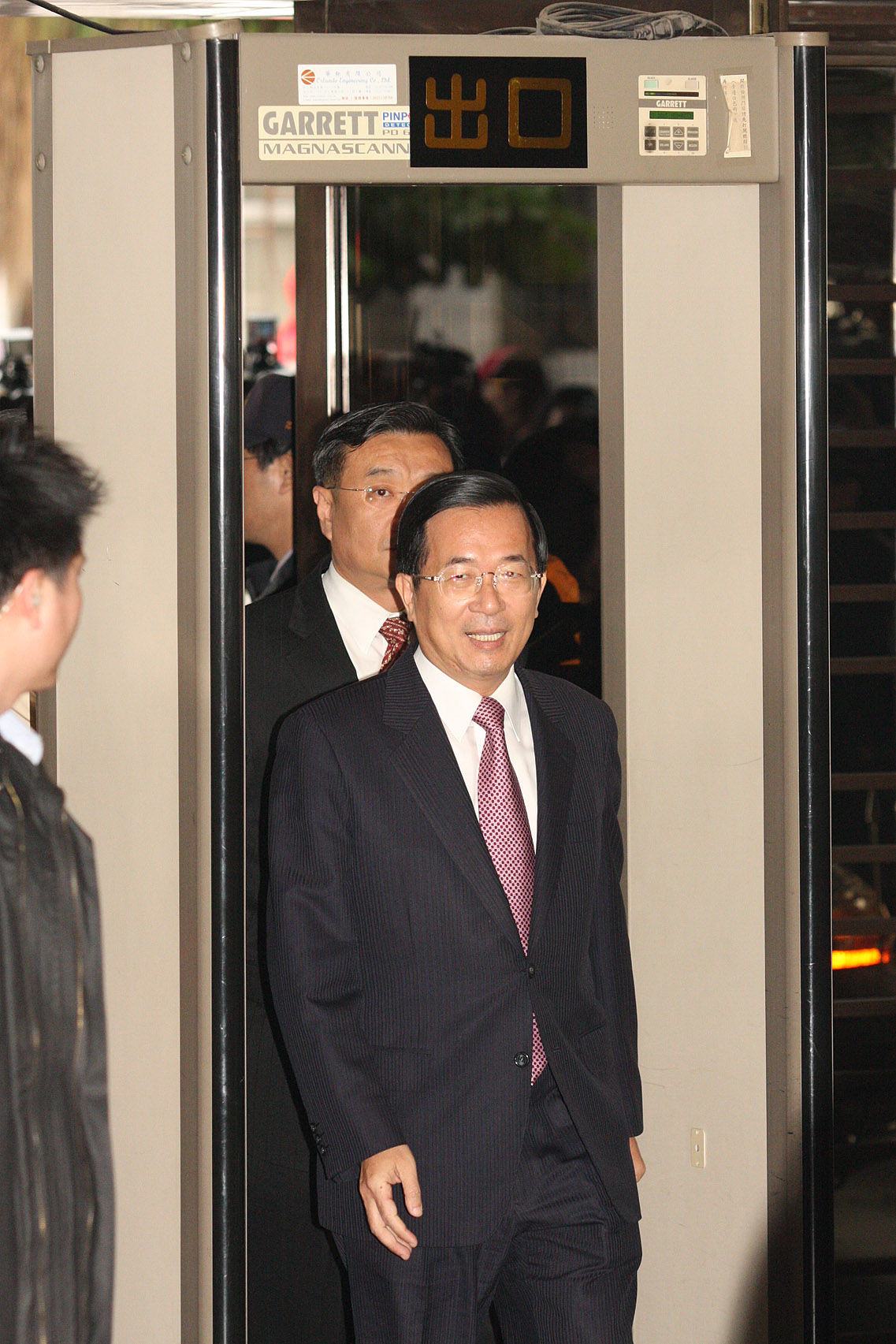 Taipei, Dec. 30 (CNA) The Taipei District Court finally approved early Tuesday a request by prosecutors to place former President Chen Shui-bian back in detention.
After more than 10 hours of grueling hearing on the request presented by prosecutors from the Special Investigation Division under the Supreme Prosecutors Office, a panel of three judges ruled that Chen should be taken back into custody.
But judges said Chen will not be barred from visits by his family members and lawyers during his detention.
Chen, who was present at the hearing, was escorted to a detention center after the ruling.
It was the prosecutors' third attempt to have Chen taken back into custody after another panel of three judges rejected their previous two attempts.
The prosecutors, however, succeeded in getting the decisions revoked through appeals to the Taiwan High Court.
In their last appeal presented to the Taiwan High Court Dec. 25, the prosecutors noted that they will soon begin to investigate several corruption cases allegedly involving Chen and his wife in addition to the ones on which he has already been indicted.
If Chen is allowed to remain free, the prosecutors argued, some of the witnesses, including three of his former close aides, might not dare to tell the truth.
In its previous two rulings Dec. 13 and Dec. 18, the Taipei District Court ordered that Chen, who was detained Nov. 12, be released without bail following his indictment along with 13 other people on charges of embezzlement, corruption and money laundering.
Chen and his wife are accused of siphoning off NT$104 million (US$3.12 million) from a special Presidential Office discretionary fund during his presidency from 2000 to May of this year.
They are also charged with accepting bribes worth NT$100 million and NT$200 million in connection with a land procurement deal and another NT$90.93 million in kickbacks to help a contractor win the tender for a government construction project, according to the indictment.
(By Maubo Chang)