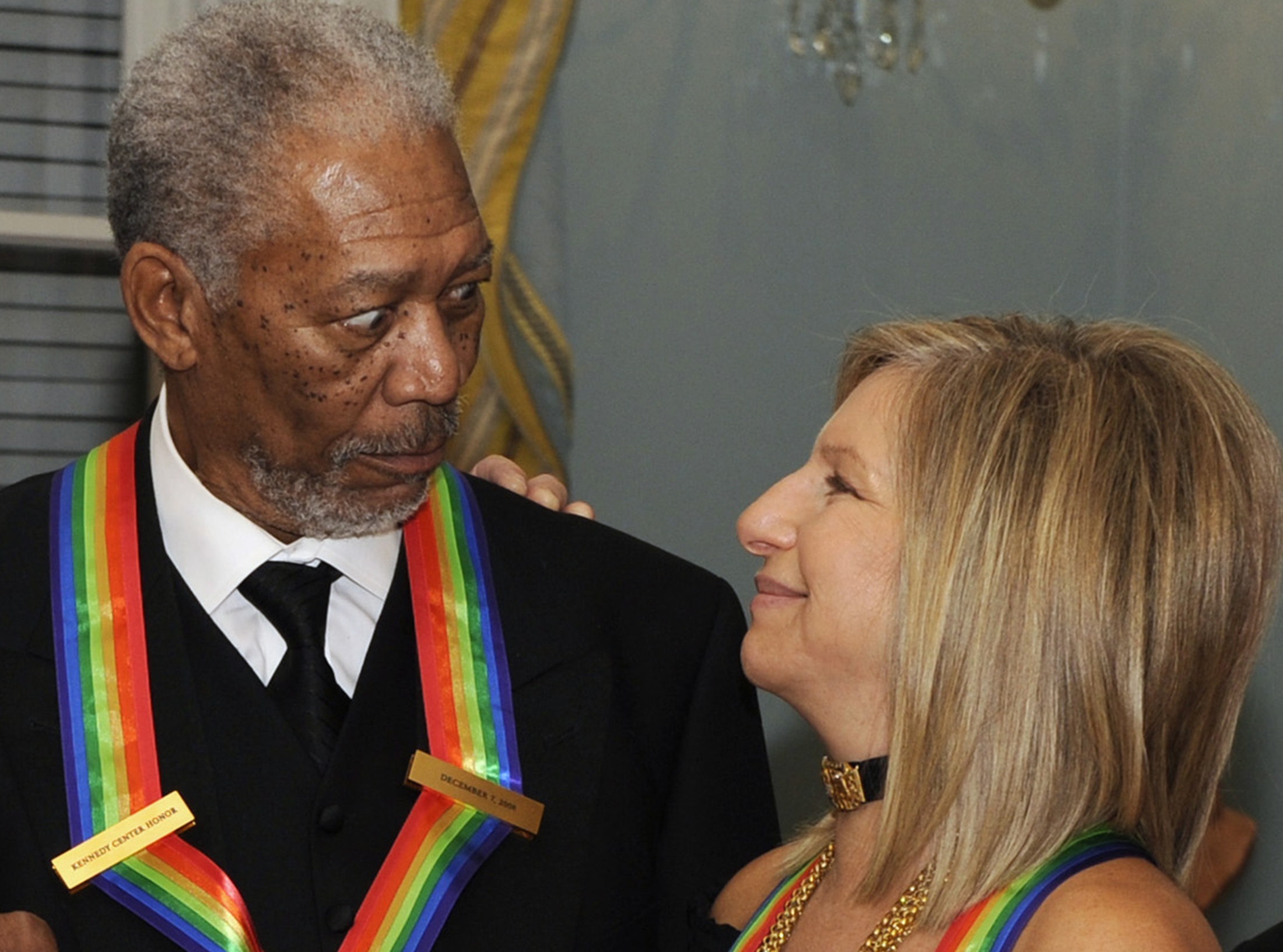 Rock 'n' roll legends, singers and stars of Hollywood and Broadway were saluted on Sunday for their lifetime contributions to American culture with a gala performance attended by President George W. Bush.
Song and screen icon Barbara Streisand, country music legend George Jones, film star Morgan Freeman, choreographer Twyla Tharp and musicians Roger Daltrey and Pete Townshend of the British rock band "The Who" were honored with performances by friends and contemporaries.
The six artists were awarded Kennedy Center Honors, the top U.S. award for lifetime achievements in popular culture and the arts, at a reception a day earlier.
Biographical video montages and poignant personal tributes recalled their beginnings and celebrated their contributions.
Oscar-winning actor Denzel Washington recounted some advice he got from Morgan Freeman when he suggested improvising a fight during a Shakespeare production in 1979.
"He said 'All right, Denzel. We click the swords three times - click, click, click. I stab you. You fall down, and you die," Washington said to laughter from the politicians, prominent donors and other guests at the black-tie gala.
First lady Laura Bush said she and her husband were fans of George Jones, whose origins she traced to the honky-tonk bars of East Texas and whose tunes are on the president's iPod.
Bush hugged Streisand warmly in a video of a White House reception earlier in the day, despite her being a prominent critic of his disputed 2000 election and subsequent record in the White House.
Twyla Tharp put her mark on modern dance decades ago with shows like the Beach Boys-inspired "Deuce Coupe" of 1973. She has been celebrated recently for her work on "Movin' Out," which sets modern dance to the music of Billy Joel.
The members of The Who, famed for works including the rock opera "Tommy," got a hard-driving serenade by some top rockers or more recent vintage.
Foo Fighters front-man Dave Grohl belted out "Who Are You" and Matchbox Twenty lead singer Robert Thomas sang "Baba O'Riley" as the backdrop of the stage lifted to reveal a choir of New York firefighters and police.
Townshend was visibly moved as he watched the uniformed choir whoop it up in appreciation for his and Daltrey's concert in New York shortly after the Sept. 11 attacks.
Actress Glenn Close praised Streisand, not for her famed voice, but for producing a television movie about a military officer whose career suffers after she is known to be gay.
"That film never would have been made without Barbara Streisand," she said of "Serving in Silence."