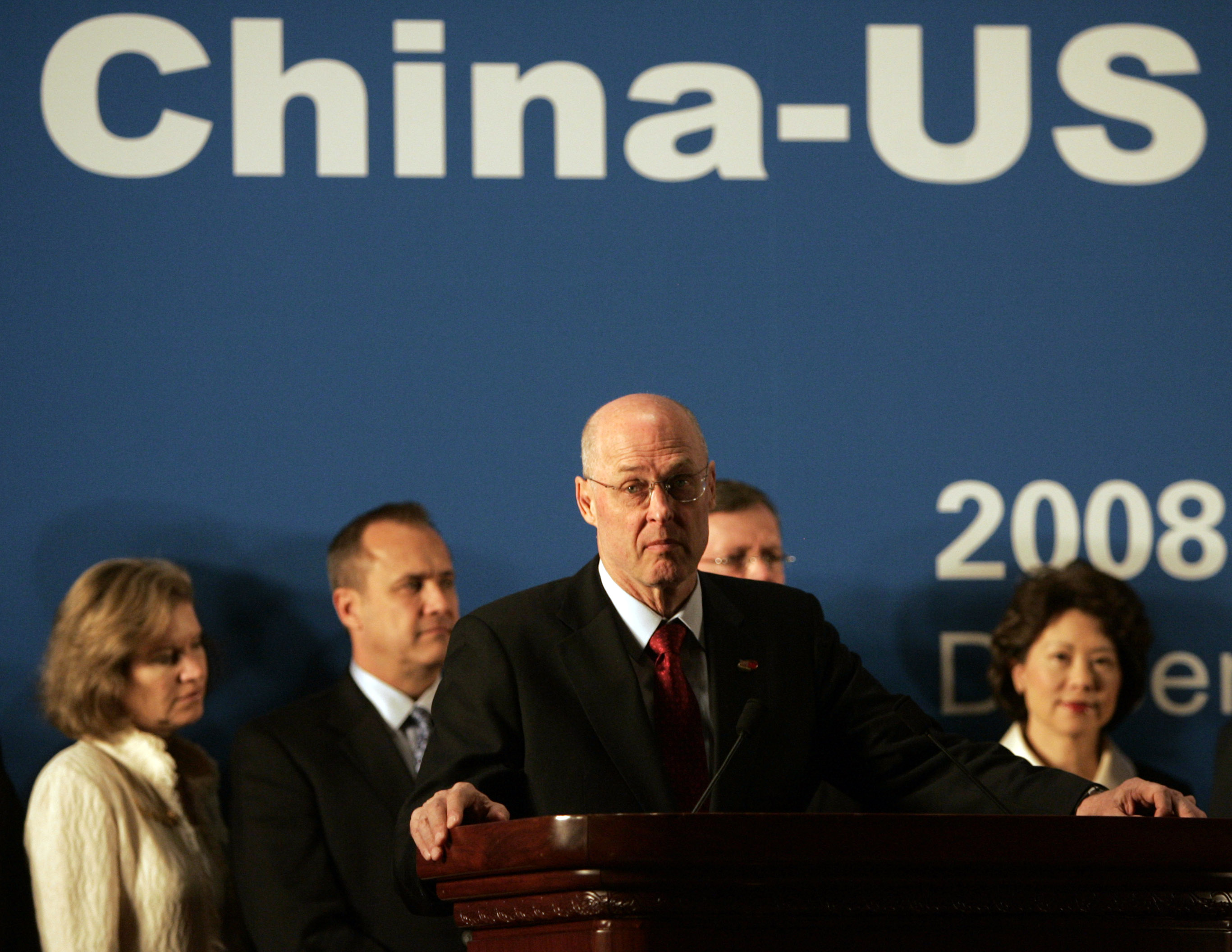 China and the United States yesterday completed their last high-level economic meeting under the Bush administration with vows of US$20 billion of trade financing to boost commerce in a time of crisis.
But amid vows to cooperate on the worst global storm in decades, it was unclear if the Strategic Economic Dialogue would continue after president-elect Barack Obama assumes office in January.
"With regard to the financial crisis, the two sides worked together very well through this process," said Treasury Secretary Henry Paulson, who headed the U.S. delegation at the talks.
Freeing up trade to boost weakening global growth was one of the main themes in the meetings at the Diaoyutai State Guest House in western Beijing.
"Both sides believe that in the face of the growing challenges posed by the crisis, we must fully oppose all forms of protectionism," Vice Premier Wang Qishan, the head of the Chinese team, told reporters.
Paulson earlier yesterday said the United States and China would make US$20 billion available in trade financing to boost commerce amid the global slowdown.
China's ability to maintain domestic growth, and help lift the global economy in this manner, was also a major topic during the discussions.
"If there is a big economic crisis in China, the confidence of the global economy will be hurt," said the People's Daily in an editorial in its overseas edition.
But amid the pledges to support the world economy, an eternal bone of contention - the value of the Chinese yuan - again moved up the agenda.
"While recognizing that currency movements will be uneven over shorter periods, the United States encouraged China to continue, and accelerate, (yuan) appreciation and flexibility," the U.S. side said in a statement.