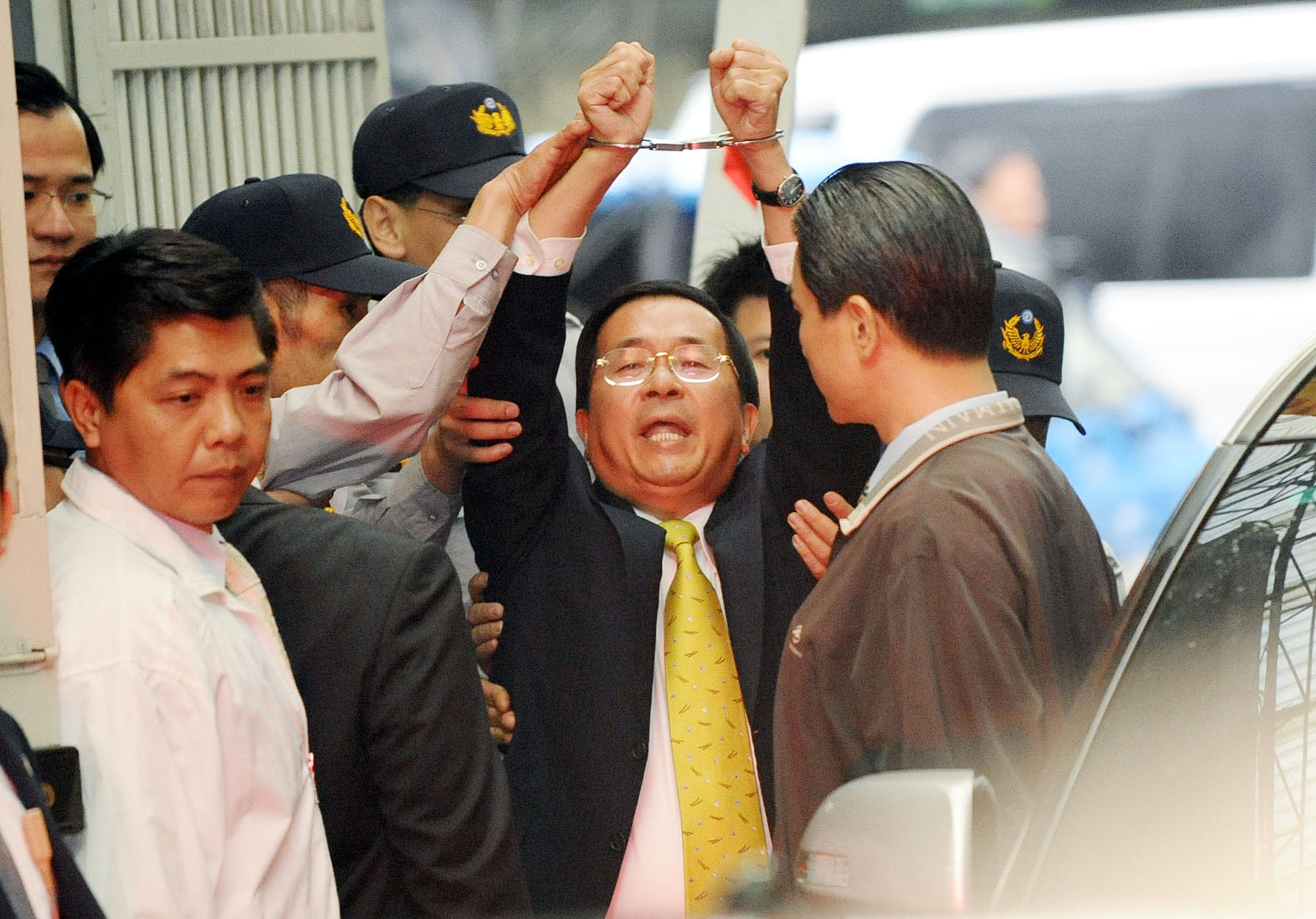 Former President Chen Shui-bian should not have been put in handcuffs when he was being taken to the court two weeks ago for a detention hearing, a visiting leader of the European parliament said in Taipei Tuesday.
Graham Watson, leader of the Alliance of Liberals and Democrats for Europe in the European Parliament, told members of the Taiwan press that although the principle of rule of law should be revered, "there should also be a rule of civility."
Watson said that as Chen was unlikely to escape, handcuffing the former president was unnecessary.
The two major parties in Taiwan have to "find a more modus vivendi way of living together," he suggested.
Chen was led in handcuffs to the Taipei District Court Nov. 11 for a hearing in which the court granted a request by prosecutors to detain him on charges of corruption, document concealment and money laundering.
Watson said that Taiwan is a vibrant democracy with freedom of speech, as evidenced by the ongoing the student protest that was launched on Nov. 6 to push for reform of the country's assembly and parade law.
However, "if governments do not respond to public concerns, they are voted out of the office," he said.
The student sit-in protest is calling for an amendment to the country's assembly and parade law, the replacement of the security and police chiefs, and an apology from the president and premier for what the students called the use of excessive force by police to disperse pro-independence demonstrators who were protesting against a recent visit to Taiwan by China's top cross-strait negotiator Chen Yunlin.
Commenting on an initiative announced earlier Tuesday by Taiwan's Ministry of Foreign Affairs to begin to issue electronic passports next month, Watson said this would give Taiwan more leverage in negotiating for inclusion in visa waiver programs of Europe's Schengen area.
Since most Europeans no longer need a visa to visit Taiwan, he said, European nations should provide reciprocal measures for Taiwanese visitors to the continent.
Watson also urged Taiwan to open government contracts to global competition and to abolish the death penalty, an issue that he said remains a priority for Europe.
Watson's eight-member delegation met with several prominent political figures in Taiwan, including President Ma Ying-jeou and chairwoman of the opposition Democratic Progressive Party Tsai Ing- wen.
The delegation is slated to leave Taiwan Wednesday.