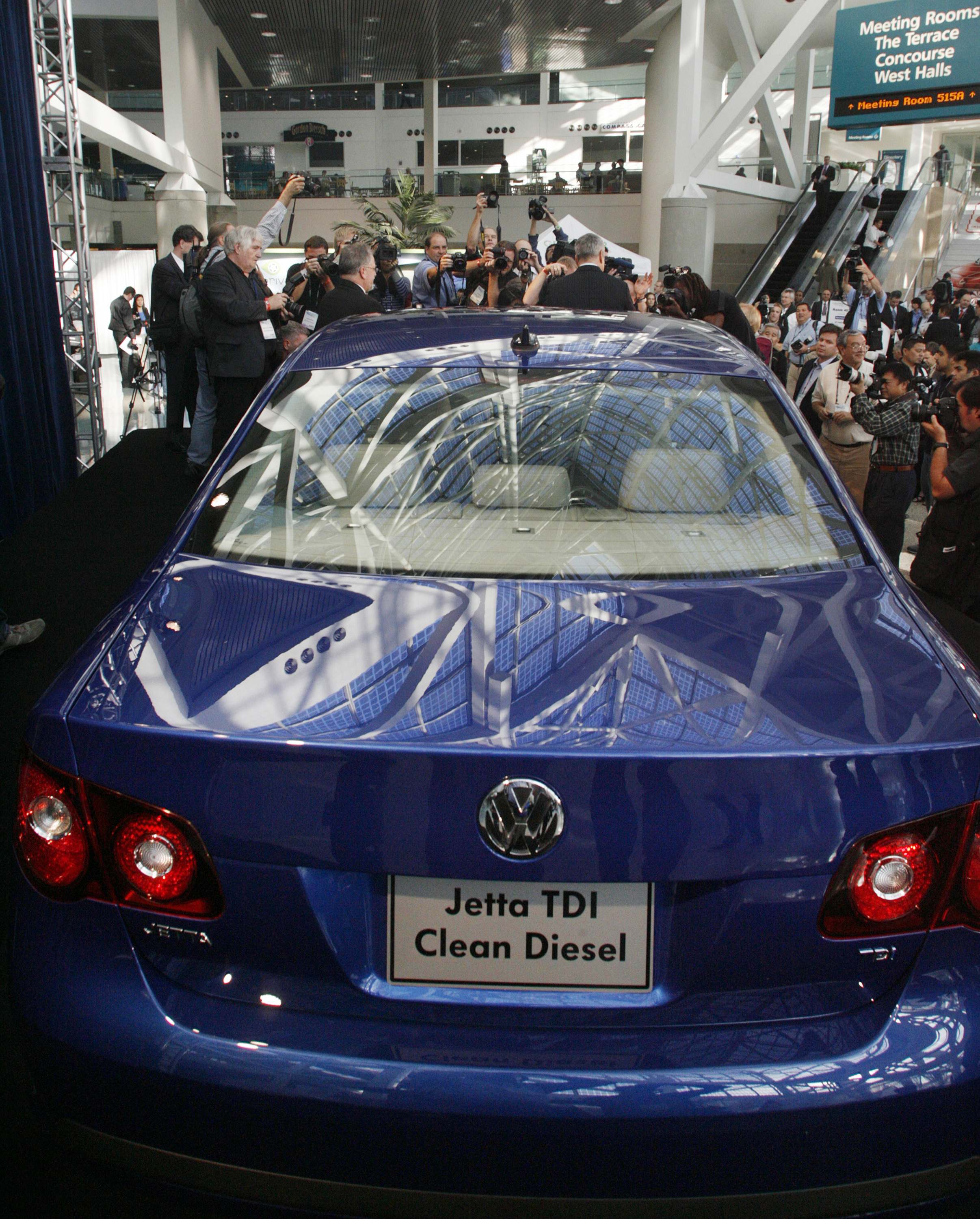 A clean-burning diesel sedan, Volkswagen AG's Jetta TDI, won the "Green Car of the Year" award at the Los Angeles auto show on Thursday, the first time a diesel-powered car has taken the industry's top environmental honor.
"This signals that clean diesel has arrived," said Ron Cogan, editor of Green Car Journal, the trade magazine that awards the prize.
Diesel, a conventional combustion approach long favored by Europeans, has been making inroads into the U.S. market as a here-and-now option to make engines run more economically and pollute less.
The use of diesel for passenger cars had long been stalled in the United States because of unacceptably high tailpipe emissions, but advanced technology has allowed so-called clean diesel vehicles to filter out more pollutants and for the first time meet smog pollution laws in all states.
Diesel engines have also suffered an image problem in the U.S. market due to an association with the underpowered versions sold in the 1970s. The technology has been largely limited to large trucks in the United States, even though it is a perennial top seller among passenger cars in Europe.
Volkswagen's U.S. chief, Stefan Jacoby, said diesels have emerged as an alternative to hybrids such as Toyota Motor Corp's popular Prius.
"It's a breakthrough in this country," Jacoby said. "I don't want to say it's better than other technologies, but it's a real alternative to hybrids. It brings fuel consumption down, it's environmentally friendly, and - this is a difference with a Prius - this is really fun to drive."
Volkswagen's five-passenger Jetta TDI, which boasts a fuel efficiency of 41 miles per gallon, starts at US$21,990, compared with US$17,340 for a traditional Jetta.
The Jetta TDI beat out finalists including BMW's 335d diesel sport sedan, Ford Motor Co's Fusion Hybrid passenger sedan, General Motors Corp's crossover Saturn Vue 2 Mode Hybrid, and the smart fortwo mini car.
"This is the vehicle that stood out among all of the five finalists as the one that really exhibited the greatest environmental achievement," Cogan said. "You get 30 percent better fuel efficiency, on average, with a diesel, and a commensurate reduction in greenhouse gases."
Diesel, however, costs almost US$1 more per gallon than gasoline in some parts of the United States.
So far the Jetta TDI, which went on sale in August, has sold out, said Jacoby. "The Jetta TDI and Sportswagen don't see recession," he said.