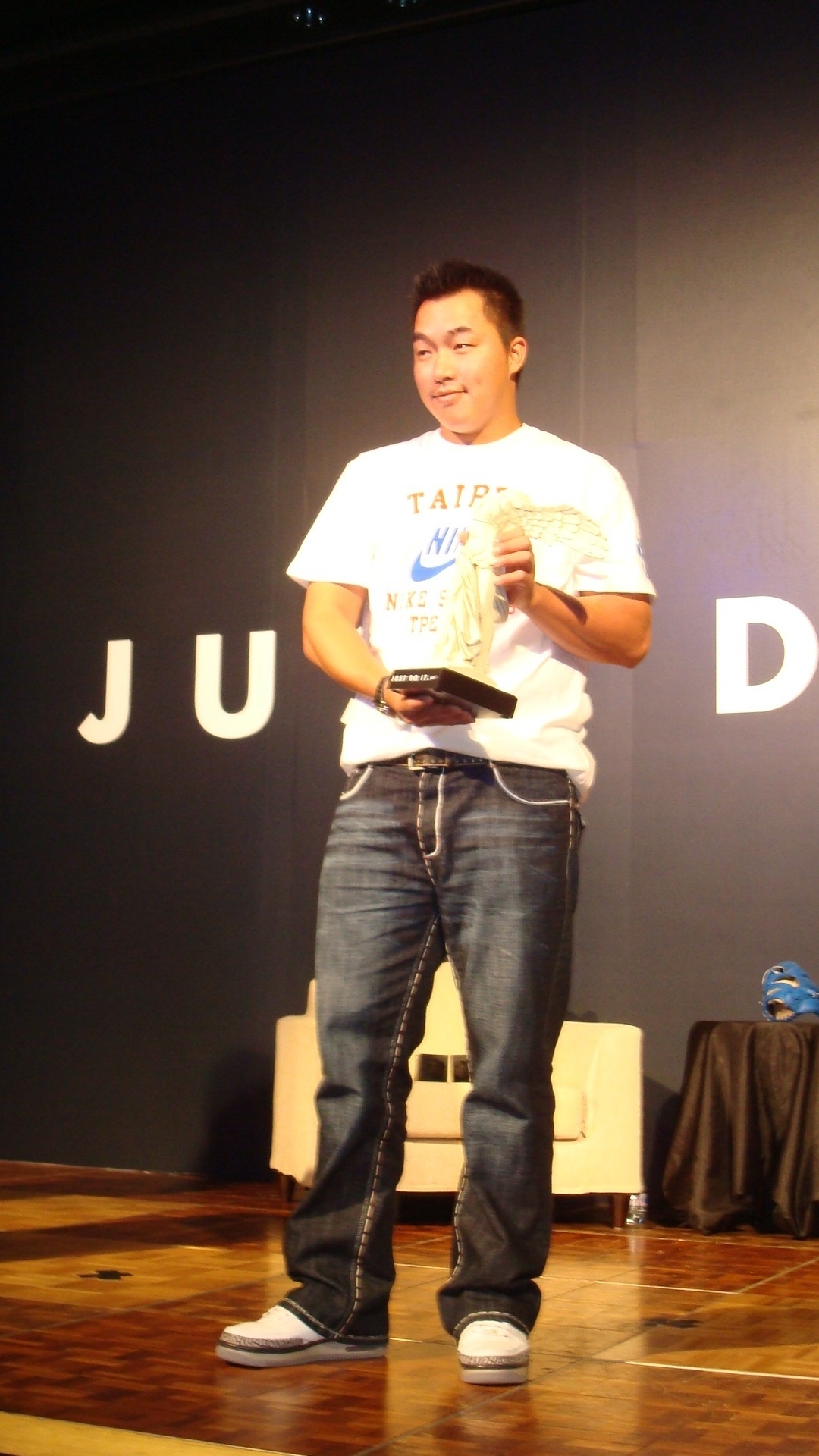 Los Angeles Dodgers' Taiwanese left-handed pitcher Kuo Hong-chih (郭泓志) said that he would love to play for his country in the upcoming 2009 World Baseball Classic if he stays healthy and his team allows him.
"Of course I want to play in the WBC representing my country," said Kuo. "It has always been a pleasure and a great honor for me to play in the national team."
However, the ill-fated Kuo, who has undergone four arm surgeries, added that he has to be able to stay healthy and his desire has to be approved by the Dodgers before he is able to play for Taiwan in the WBC again.
At the 2006 inaugural WBC, Team Taiwan featured Kuo and New York Yankees' Taiwanese pitcher Wang Chien-ming (王建民), but only won one game in the tournament, beating China in the qualifying round.
Kuo made the comment during his homecoming press conference held in Taipei yesterday afternoon.
The Tainan-born pitcher returned to Taiwan earlier this week, his first time back in two years, after having a great season with the Dodgers.
Serving mostly as a relieving pitcher for his team, Kou emerged this season as an overpowering setup pitcher, pitching 80 innings with a 2.14 ERA.
Kuo also appeared in three games in the postseasons, all of them in the National League Championship Series, which made him the first Taiwanese player ever to play in the NL Championship Series.
In the three innings he pitched, Kuo again performed amazingly well, giving three strikeouts, allowing two singles, and one run, with a 3.00 ERA, all this despite the fact that his team failed to beat the Phillies to advance to the World Series.
"Being healthy for most of the season allowed me to perform better this year," he said.
Kuo, who had served as starting pitcher for the earlier part of his career disclosed that being a reliever is much more tiring than being a starter.
"You have to be prepared every day, since you are not sure when you will be called up to the mound," he said.
Kuo expressed gratitude to his manager Joe Torre for giving him more time on the mound this season.
"All of the team members show a lot of respect towards Torre," said Kuo.
Nonetheless, he disclosed that he does not know the former Yankees manager very well, since he always looks so serious.
Kuo also expressed his views about his teammate Manny Ramirez, who is widely regarded as a major factor in lifting the Dodgers into a playoff position this season.
"Manny has great batting skills and he is also a person that brings a lot of laughter to the team. He just makes everybody relax and enjoy the game," said Kuo.
Kuo added that he hopes Ramirez stays at the Dodgers next season, as Ramirez recently filed for free agency.
He disclosed however, that if the Dominican-American slugger chooses to leave, he hopes Ramirez will join a team that is not in the same division as the Dodgers, since Kuo said he doesn't want to face such an explosive batter himself.
After finally returning to his homeland, the 27-year-old said he would first rest before starting some weight training and running to keep himself in good physical condition.
Looking forward to the future, Kuo said that he hopes he can continue to stay healthy throughout next season so that he will be able to help his team to win a world series championship.
Meanwhile, because of Kuo's outstanding performance for the Dodgers last season, the Taiwanese-lefty is nominated as one of the 10 candidates in the "setup man of the year" category in "This Year in Baseball Awards" by the MLB.
Local fans are encouraged to vote for Kuo at the following website: http://mlb.mlb.com/mlb/awards/y2008/tyib/index.jsp and help him win the special honor.