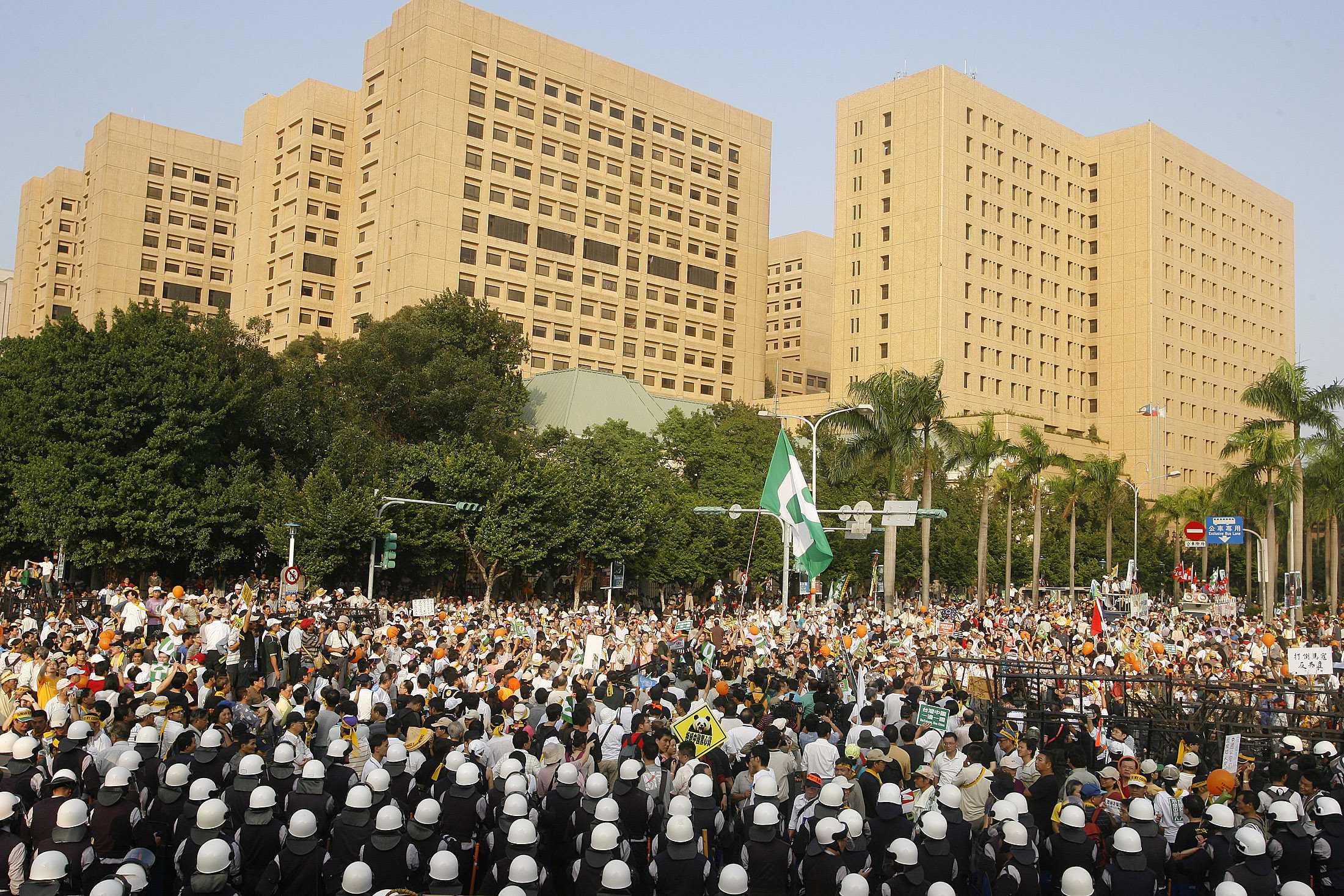 Taiwan's top negotiator with China said Thursday that a series of protests against his visiting counterpart from China will not affect the development of cross-Taiwan Strait relations.
Chiang Pin-kung, chairman of the Straits Exchange Foundation, made the remarks during a press conference, referring to the protests organized by the opposition Democratic Progressive Party (DPP) that have dogged Chen Yunlin, president of the Association for Relations Across the Taiwan Straits (ARATS), since his arrival Monday.
Chen, who is the highest-ranking Chinese official to have visited Taiwan, was stranded in a Taipei hotel for six hours until early Thursday after attending a dinner given by ruling Kuomintang Chairman Wu Poh-hsiung in his honor when protesters mobilized by the DPP blocked all exits of the hotel to vent their anger against melamine-tainted food imported from China. Clashes between protesters and policemen resulted in several injuries.
The DPP threatened another "siege" Thursday afternoon at the Taipei Guest House -- where Chen was scheduled to meet President Ma Ying-jeou -- to show their anger at the Ma administration's tilt toward China and a possible compromise of national sovereignty, prompting the meeting to be brought forward to the morning.
However, the protesters instead proceeded to the Grand Hotel, where Chen's delegation is staying, and had refused to disperse as of press time despite repeated warnings by the police.
Chiang noted that the SEF and the ARATS signed four accords Tuesday on expanded cross-strait air services, direct shipping and postal links, as well as a reporting mechanism on food safety.
He said the two intermediary bodies will in the future engage in financial cooperation, trade normalization, fishery cooperation, news exchanges and systematic consultations.
Meanwhile, Chen gave a reciprocal banquet at his hotel, in which he said that peaceful developments across the Taiwan Strait is "in the right direction."
He also thanked the police for their efforts, noting that many officers have been mobilized to ensure their safety, and the news media who have covered their visit over the past few days.
Chen was scheduled to leave at 10 a.m. Friday after concluding his historic visit, traveling on a Taiwan-based China Airlines charter flight that will take him directly from Taiwan Taoyuan International Airport to Beijing.
The flight is one of the Friday-to-Monday weekend charter flights inaugurated in July.