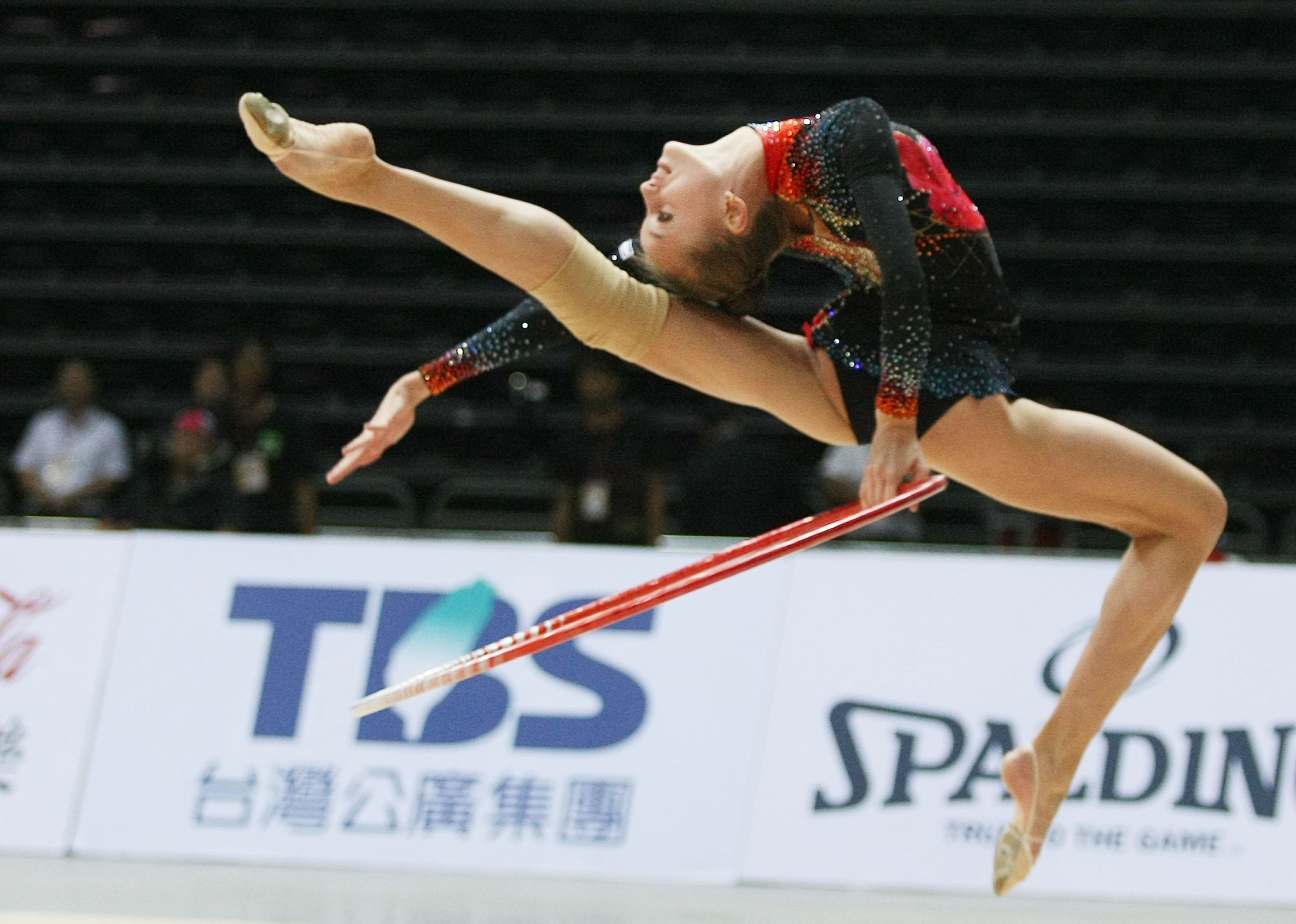 In preparation for the upcoming World Games 2009 in Kaohsiung the city's government and the World Games Kaohsiung Organization Committee launched a series of pre-events to test the city's ability for holding major international sports events.
The warm-up competition, consisting of events including korball, individual rhythmic gymnastics, synchronized trampoline, tumbling, double mini trampoline, aerobics and acrobatics, was officially kicked off on Oct. 28 at the newly-built Kaohsiung Arena, featuring 600 athletes from 38 countries worldwide.
An international water ski demonstration was also held from Nov. 1-2 at the city's Lotus Pond.
Mayor Chen Chu (陳菊) and Ron Froehlich, president of the International World Games Federation, jointly opened the warm-up games that will last until Nov. 8.
"All citizens in the city are proud to welcome all the athletes and visitors at the newly opened Kaohsiung Arena," said Chen in her opening address.
Liu Shyh-fang, managing director of the World Games 2009 Kaohsiung Organizing Committee, said preparations for the formal World Games which will be held on July 16-26 next year have been proceeding smoothly.
"The World Games will bring 4,500 athletes from 90 countries for 31 sports as well as countless visitors to Kaohsiung next summer," said Liu.
The World Games, first held in 1981, is an international multi-sport event, showcasing sports that are not contested in the Olympic Games.
Rhythmic gymnastics was the first of five gymnastics events in the 12-day warm-up games that opened at the Kaohsiung Arena.
Russia, a powerhouse in gymnastics, has again proved itself as a world leader in the sport, as 17 year-old Natalia Pichuzhkina made a clean sweep of all the gold medals in that category of the 2009 Kaohsiung World Games Pre-event Series.
Meanwhile, a Taiwanese gymnast gave a great performance in the rhythmic gymnastics category as local rising star Yu Pei-lung won two bronze medals in the hoop and club events.
"Through holding the pre-events, I believe the city will be better prepared next year when the formal games kick off," said Froehlich.