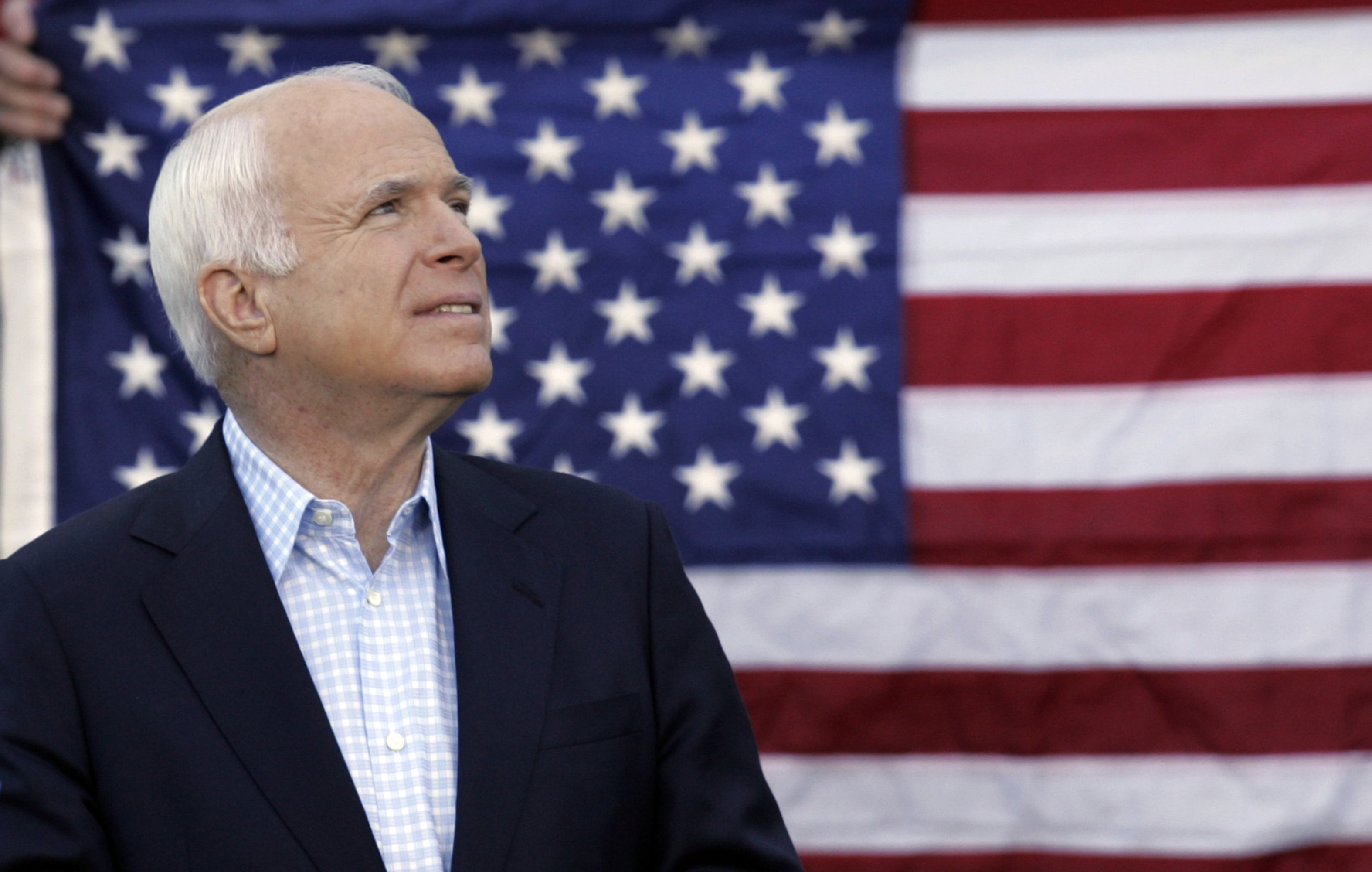 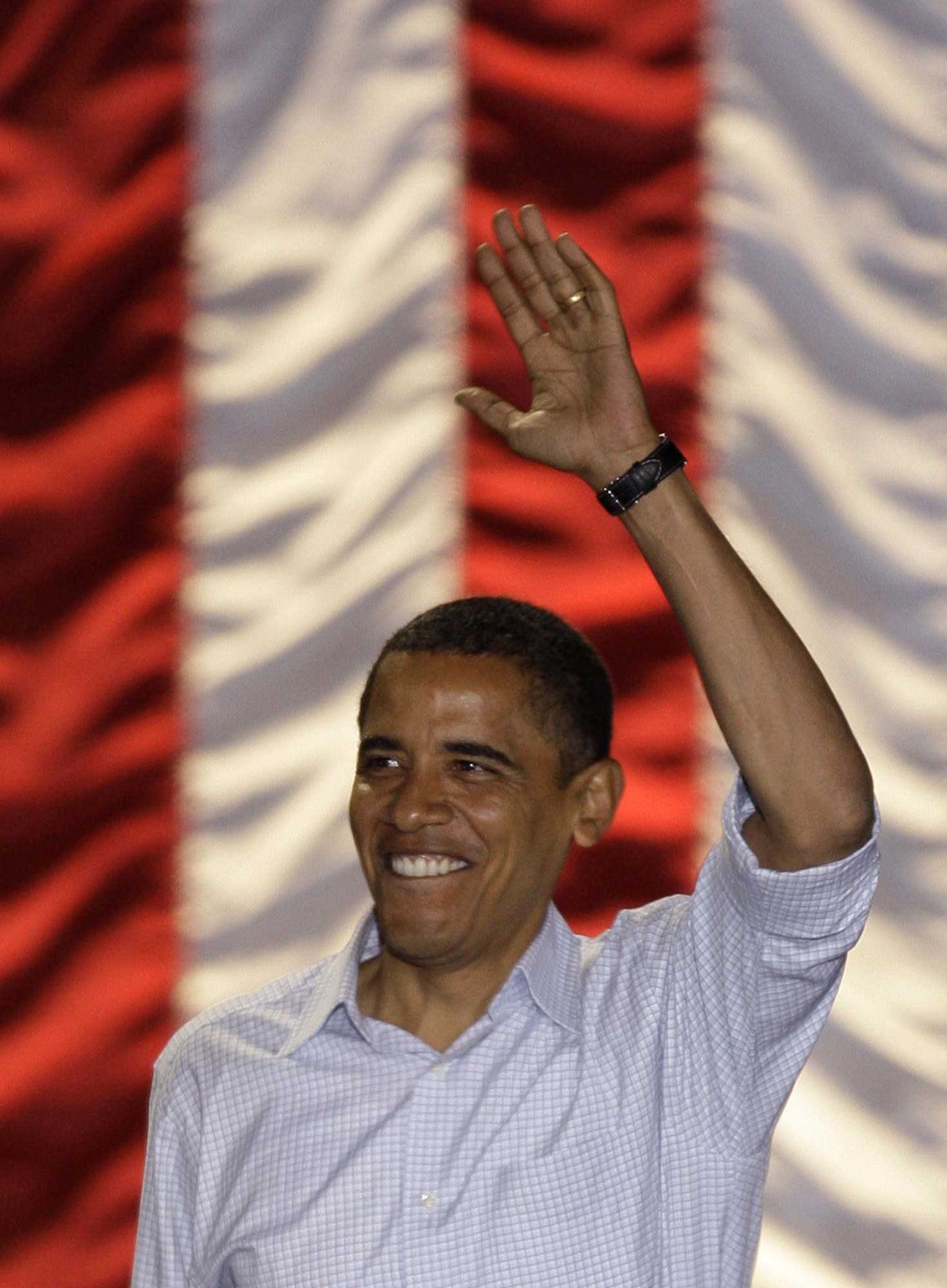 Warring White House rivals Barack Obama and John McCain hurled themselves into a Herculean last 48 hours of campaigning before their date with destiny in tomorrow's election.
Obama was on a three-city tour of Ohio yesterday - a crucial state for both the front-running Democrat and his Republican opponent, after deciding the 2004 election in favor of President George W. Bush.
McCain, following his own two-day bus odyssey around the rust-belt state, was stepping up the pace with his first midnight rally of the campaign, in Florida, following events in Pennsylvania and New Hampshire.
Entering the electrifying campaign's final weekend, Obama Saturday promised a "new politics for a new time" and said he had a "righteous wind" at his back as he pursues his quest to become the first black U.S. president.
Basking in a hefty poll lead and the adoration of massive crowds, the 47-year-old Illinois senator is hammering McCain over the U.S. economic crisis and portraying his rival as a faithful sidekick of the deeply unpopular Bush.
In its daily tracking survey Saturday, Gallup had the Democrat gaining momentum and leading 52 percent to 42 percent. A Washington Post-ABC News tracking poll meanwhile put the figure at 53 percent for Obama and 44 percent for McCain.
McCain, in turn, is attacking his rival's patriotism as he vies to turn tomorrow into a referendum on Obama's readiness to serve as commander-in-chief as the U.S. military wages two wars in Iraq and Afghanistan.
"(Obama) said the other day that his primary victory 'vindicated' his faith in America," said the Arizona senator, 72, highlighting a formulation used by the Democrat in his speeches for many months now.
"My country has never had to prove anything to me, my friends. I've always had faith in it and I've been humbled and honored to serve it," said McCain, a former navy pilot who was imprisoned for five years during the Vietnam War.
The presidential campaign has narrowed down to states that have been reliably Republican in recent elections, or in the case of Virginia, Indiana and North Carolina, that have not voted for a Democratic hopeful in decades.
Flush with a record-breaking fundraising operation, Obama is on the offensive all across the map. He campaigned Saturday in Nevada, Colorado and Missouri as he bid to lock down Republican states in the west and midwest.
McCain hit the trail in Virginia and Pennsylvania - probably his only hope of prising a Democratic state away from Obama - before traveling to New York for an assured cameo on iconic TV comedy show "Saturday Night Live."
New Hampshire took McCain to its heart when he ran for the Republican nomination against Bush in 2000. But Obama leads there, as well as in Pennsylvania.
Obama had his own star power in the works with rocker Bruce Springsteen due to perform at one of his three rallies in Ohio, in front of what aides predicted would be a monster crowd in Cleveland early yesterday evening.
Obama derided McCain after Vice President Dick Cheney on Saturday hailed the Arizona senator as the right man to lead the country because he "understands the danger facing America."
"(Cheney) knows that with John McCain you get a twofer: George Bush's economic policies and Dick Cheney's foreign policies," the Democrat said.
McCain meanwhile said Obama was the wrong choice for a dangerous world where "millions of lives" were at stake, hoping his closing message will sow enough doubt to make voters overlook their stated preference for Obama on the economy.
The Republican was to wrap his campaign up with a multi-state, whistlestop tour today.
For his own campaign climax today, Obama was heading on a battleground blitz of Florida, North Carolina and Virginia. He was then to return to Chicago, to see if his unlikely bet with the American people has paid off.