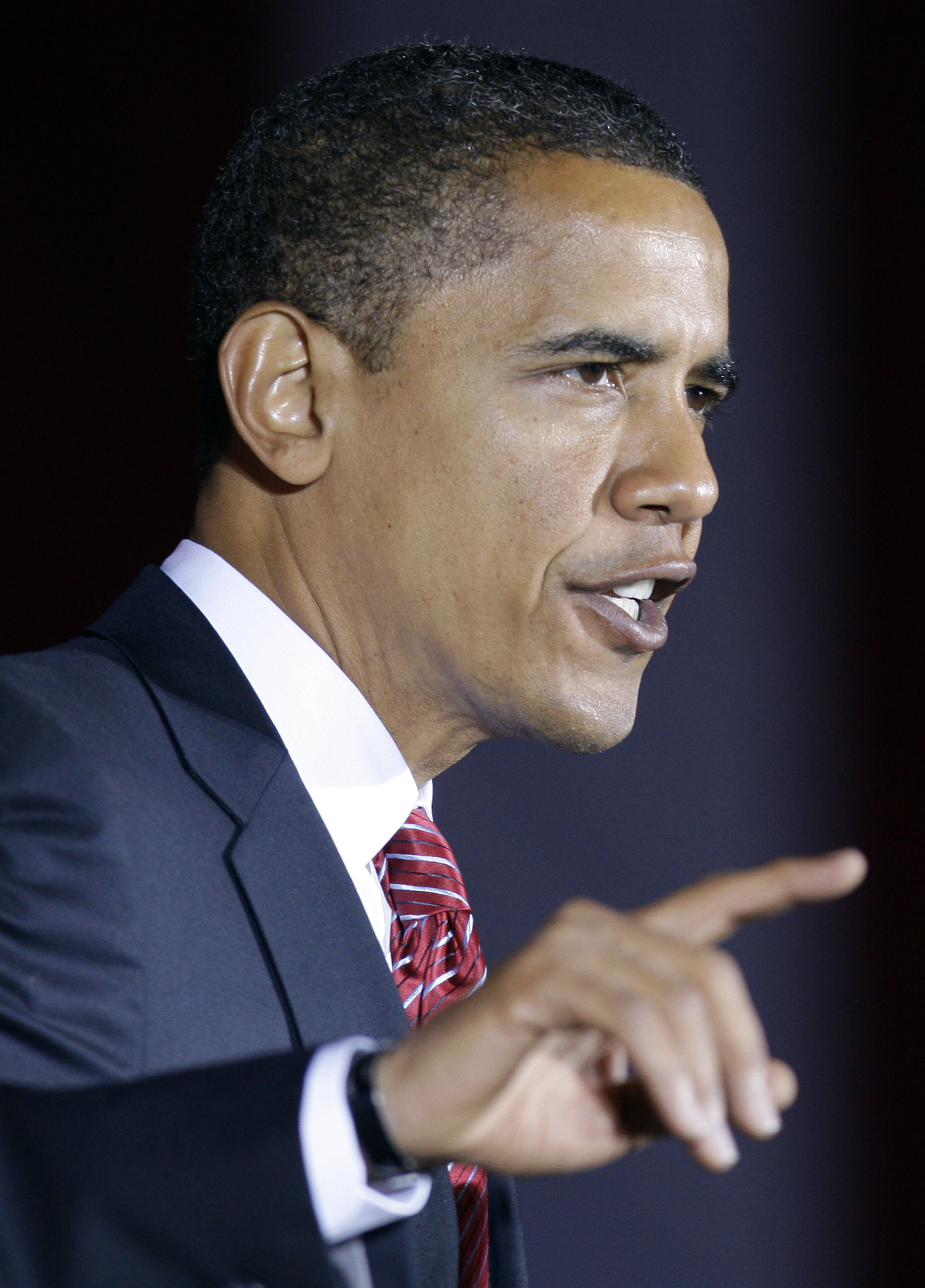 Republican John McCain lavished attention on Ohio, a state he cannot afford to lose, promising better economic days ahead as he fought against a rising tide of support for Democratic opponent Barack Obama a week before the presidential election.
Both candidates blitzed through the critical state Monday, with Obama delivering what he called his campaign's "closing argument" in the soaring rhetoric that marked the start of his long-shot White House run nearly two years ago.
Hours after Obama told Ohio voters, "We are one week away from changing America," federal agents reported breaking up a plot to assassinate the Illinois senator and shoot or decapitate 88 black people in a Tennessee murder spree.
Obama would be the first African American president in a country still struggling to overcome a troubled and violent racial history. An Obama spokeswoman traveling with the candidate had no immediate comment on the plot, which involved two young men, one from Tennessee and the second from Arkansas _ both southern states.
With valuable campaign time slipping away, Obama and McCain also both spent time Monday in neighboring Pennsylvania, the only major Democratic-leaning state where the Republican is aggressively campaigning in hopes of mounting a comeback.
Obama, who has actively sought to diminish race as a campaign issue, continued to direct heavy political fire Monday at McCain's association with the unpopular President George W. Bush, a fellow Republican who is taking much of the blame for the country's accelerating economic decline.
McCain was trying to climb out of the deep political hole on economic issues, huddling with economic advisers and pledging a break with Bush administration policies.
"I will protect your savings and retirement accounts and get this stock market rising again," said McCain.
Aides said that McCain's call for cuts in the capital gains tax and tax breaks for seniors would help the market rebound.
In what amounted to his own closing argument of the marathon election, McCain walked a thin line between bashing Obama and making clear that he would steer a different course than the current Republican administration.
"We both disagree with President Bush on economic policies," McCain said. "My approach is to get spending under control. The difference between us is he (Obama) thinks taxes have been too low, and I think that spending has been too high."
Obama tacked back toward his theme of change and hope in his Ohio speeches.
"In one week, we can choose hope over fear, unity over division, the promise of change over the power of the status quo," Obama said. "We can come together as one nation, and one people, and once more choose our better history. That's what's at stake."
Obama made a strategic choice to give this speech in pivotal Ohio, where he struggled to connect with working-class voters during the primaries and lost the Ohio primary to New York Sen. Hillary Rodham Clinton. No Democrat has won the presidency without the support of the state since John F. Kennedy in 1960.
Bush's victory in Ohio sealed his second White House term four years ago. But the state turned Democratic two years later when Ted Strickland was elected governor, and Sherrod Brown unseated a Republican incumbent to win his Senate seat.
Now public and private polls rate Obama the favorite, and dreary monthly jobless statistics show a statewide economy in trouble. According to the Bureau of Labor Statistics, the state has lost 92,000 jobs since February, and Ohio's unemployment, 7.2 percent of its work force, is well above the national rate of 6.1 percent.
Obama called his opponent out for what he called McCain's campaign of smear tactics to hide his own deficiencies.
"If you don't have a record to run on, then you paint your opponent as someone people should run away from. You make a big election about small things," Obama told the raucous crowd in the Canton civic center. "Ohio, we are here to say, `Not this time. Not this year.'"
In an attempt to blunt Obama in Ohio, the National Republican Trust PAC, a conservative political action committee, planned to air ads there and in Pennsylvania and Florida showing clips of controversial sermons by Obama's former pastor, the Rev. Jeremiah Wright. The group aimed to spend about $1 million in the final six days of the campaign, its executive director, Scott Wheeler said.
For his part, McCain's core theme in recent days has been that electing Obama would give Democrats, who are on track to increase their congressional majorities, dangerous control of the government.
"My opponent is out there working out the details with (House) Speaker (Nancy) Pelosi and (Senate Majority Leader) Harry Reid, their plans to raise your taxes, increase spending and concede defeat in Iraq," said McCain, who was also in Ohio. "We're not going to let that happen."
Whatever doubt remained about the presidential race, only the size of Democratic gains seemed to be in question in the campaign for control of Congress.
Republican Sen. Ted Stevens' conviction in a corruption trial in Washington gave fresh momentum to the Democrats' drive for a 60-seat Senate majority that would strengthen their ability to overcome Republican filibusters aimed at blocking key legislation from coming to a vote.
McCain himself has endured numerous slights in recent days, including anonymous sniping between his aides and those of running mate Sarah Palin. That came on the heels of the disclosure that clothes and accessories totaling $150,000 had been purchased with donor funds for the Alaska governor and her family.
McCain announced over the weekend that $50,000 worth of merchandise had been returned, and Palin pointedly told one crowd she was back to wearing clothes from her "favorite consignment" store in Alaska.
Two new polls, meanwhile, showed Obama leading in Virginia, a state that has not voted for a Democratic presidential candidate since 1964.
A Virginia Commonwealth University survey put Obama up by 11 percentage points, 51-40, while The Washington Post showed McCain trailing in the state by 8 points, 52-44.