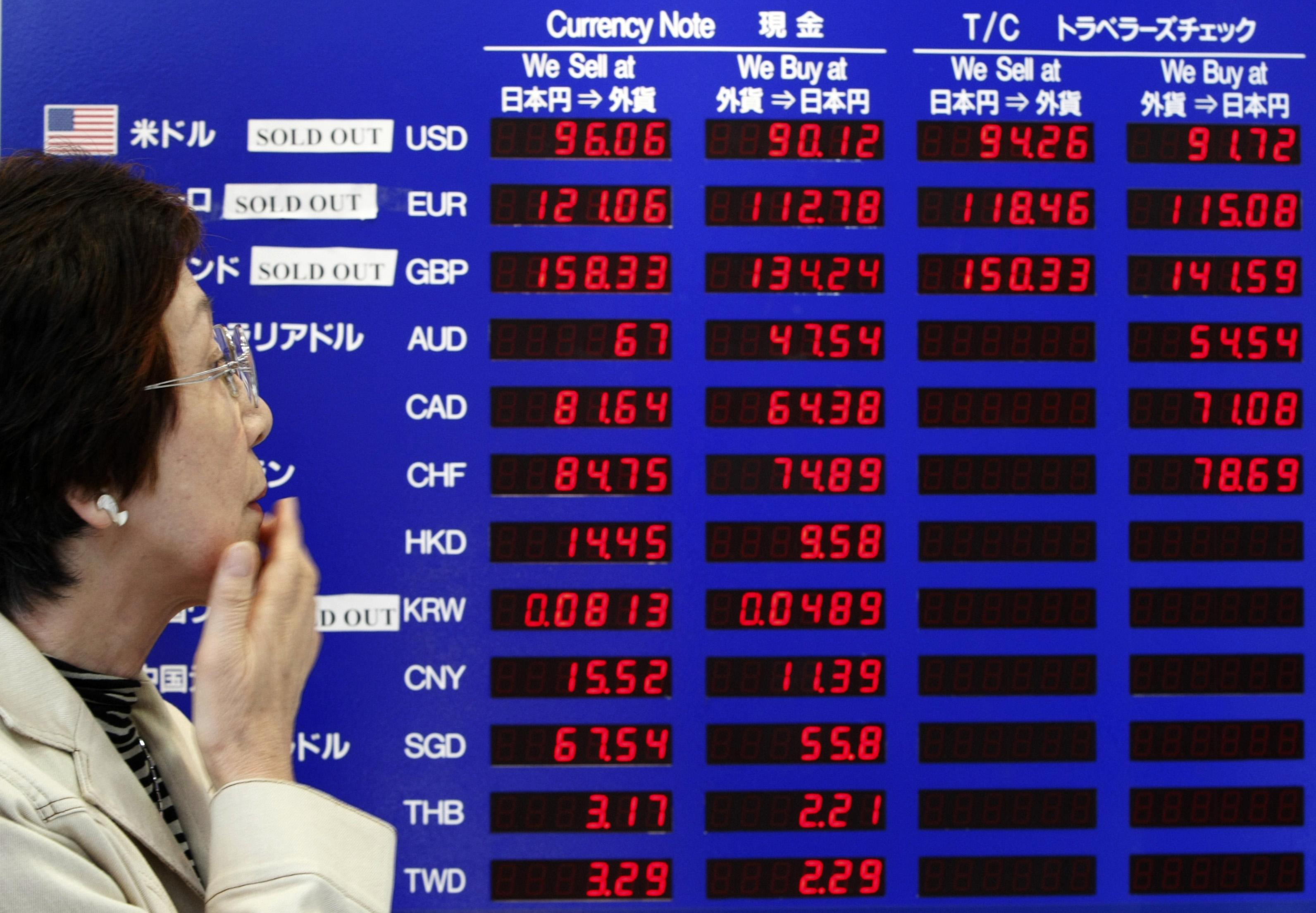 Japan pledged fresh measures yesterday to try to shield the world's second-biggest economy from the global financial crisis and said the Group of Seven would issue a joint statement on the yen.
A flurry of comments from top lawmakers came as investors dumped banking stocks on expectations they need fresh capital to offset losses in their stock portfolios.
The Nikkei average hit a 26-year low just before Prime Minister Taro Aso said the government will expand its bank bailout scheme and strengthen regulations on short-selling of stocks.
He said the Group of Seven rich nations would soon issue a joint statement. The finance minister, Shoichi Nakagawa, said the statement would be issued later yesterday and say that the group will cooperate appropriately on foreign exchange markets.
Only the yen, which soared last week to multi-year highs against the dollar and the euro as investor unwound risk, would be mentioned in the G7 statement, Nakagawa said.
The comments came after the prime minister met with ruling party lawmakers to discuss the financial storm that has toppled banks world wide but which had appeared, until recently, to have largely skirted Japan.
Economics Minister Kaoru Yosano said the prime minister had ordered action in Japan to stabilize the stock market and strengthen the financial system.
The rapid decline in share prices, as well as disorderly currency moves, will hurt the Japanese economy, Nakagawa said earlier.
Underlining concerns about the banks, the economics minister on Sunday call for the country's bank bailout scheme to be increased several-fold to nearly US$110 billon.
"The government will have to do something for banks," said Koichi Ogawa, chief portfolio manager at Daiwa SB Investments.
"The problem here is that the stock market has fallen, it has nothing to do with derivatives or anything like that. As stocks have dropped, banks are faced with rising paper losses."
Tokyo's benchmark Nikkei share average briefly dropped as low as 7,603 yesterday, its lowest point since 1982.
The benchmark has lost almost a third of its value this month alone and about half so far this year, hurt in part by the yen's recent rise to its highest in nearly 13 years.
Shareholdings
Although Japanese banks have so far avoided the credit losses that tore through Wall Street, investors now fear that lenders' extensive shareholdings and market expectations that the economy will slip into recession could unravel profits this year.
Traditionally, Japanese lenders are large stakeholders in their corporate clients as a means to cement business ties. The value of those stocks totalled more than US$250 billion at the end of March, data from the Japan Bankers Association shows.
Fresh measures had been expected to slow the fall in share prices - only days after announcing a plan to inject up to two trillion yen of public funds into banks.
That scheme should be increased to around 10 trillion yen (US$106 billion) from 2 trillion yen, Yosano said on Sunday.
Aso is also planning to announce an economic stimulus package later this week to support the economy.
That package, Japan's second in just a few months, is expected to include a total of 5 trillion yen (US$54 billion) in new spending, including 2 trillion yen in temporary income tax cuts.
Capital raising
Mitsubishi UFJ Financial Group, Japan's top lender, is considering raising up 1 trillion yen (US$10.8 billion) to shore up its capital, people familiar with the matter have said.
Mizuho Financial Group, Japan's second-largest bank, and third-ranked Sumitomo Mitsui Financial Group, are both looking to raise as much as 500 billion yen (US$5.4 billion), newspapers reported yesterday.
All three lenders said in statements yesterday that they had made no decisions regarding their capital plans.
MUFG, which recently invested US$9 billion in U.S. investment bank Morgan Stanley, has also this year paid US$3.5 billion to take full control of California lender UnionBanCal Corp and spent about 150 billion yen to raise its stake in consumer finance affiliate Acom.
Shares of Mitsubishi UFJ finished the morning down 11.1 percent at 607 yen. Mizuho dropped 8 percent and Sumitomo Mitsui fell 10.6 percent.