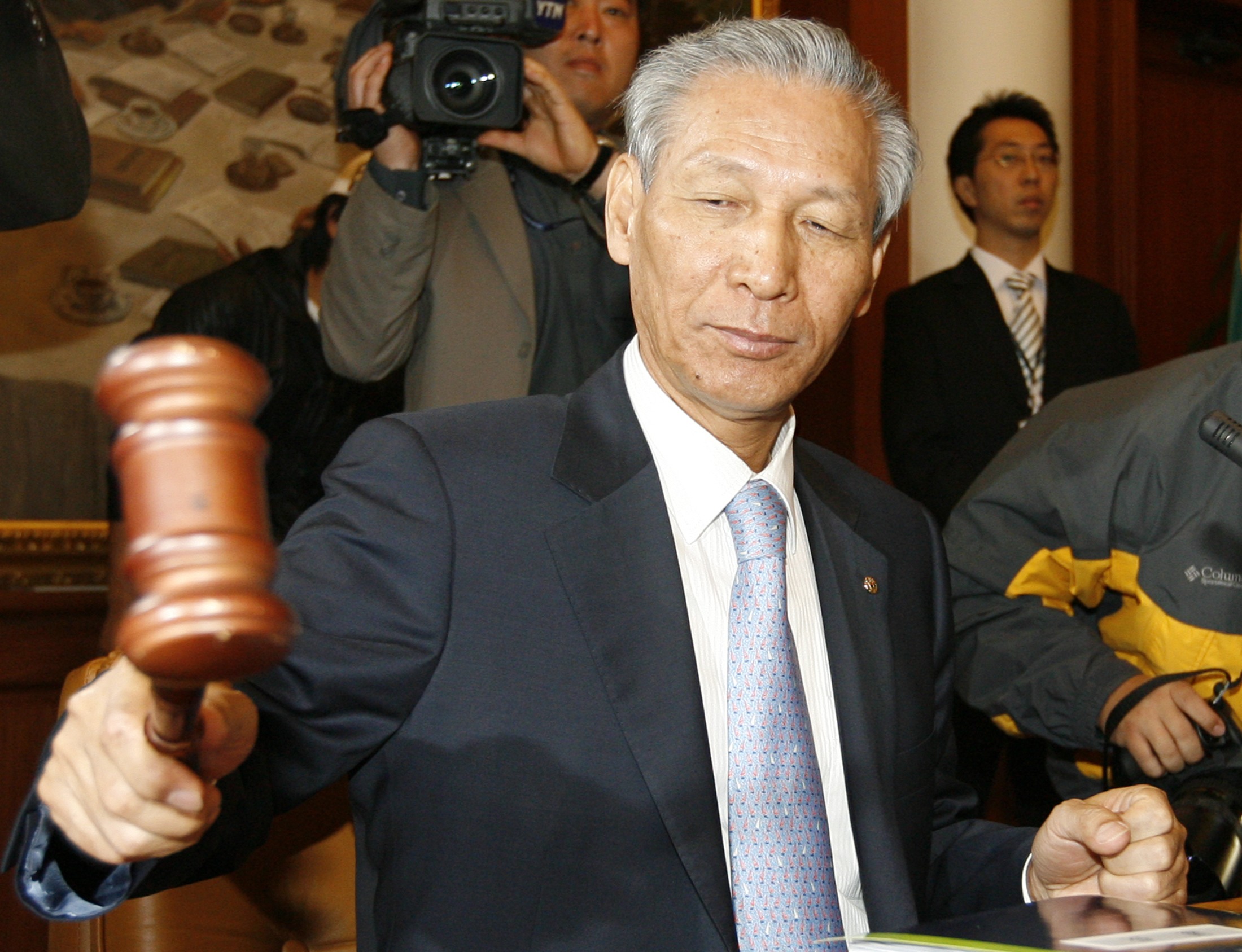 South Korea yesterday cut interest rates by a record 75 basis points and pledged more spending and tax cuts next year to try to keep the global financial storm at bay, but the measures failed to convince investors.
Analysts said the central bank may need to reduce borrowing costs again to inject more cash into the economy and lift growth, which data showed on Friday stumbled to a four-year low in the third quarter.
Shares, which fell a record 20 percent last week, dropped 5 percent at one stage before closing just higher. The won, down 16 percent this month against the U.S. dollar, closed lower.
The rate cut comes on top of measures this month aimed at protecting the economy from the global crisis, including a US$135 billion government rescue package to underpin banks that are struggling to secure funds and a construction sector confronted with a slowdown in activity.
"Investors somehow decided that the market turmoil will continue and the measures and rate cut don't mean much," Kim Young-gak, an analyst at Hyundai Securities. "They keep selling because there's zero confidence in the market.
The Bank of Korea slashed its base rate by 75 basis points to 4.25 percent, the biggest reduction on record and bigger than financial markets had expected.
Although the cut came outside of the Bank of Korea's normal meeting schedule, expectations had bubbled in markets that the central bank would need to act to try to bolster investor confidence. Analysts said it may need to cut rates further to restore confidence.
The cut marks only the second time Bank of Korea has made an emergency cut since its rate-setting system began in 1999. The last one was after the Sept. 11, 2001 attacks in the United States.
The central bank also cut rates earlier this month, by 25 basis points, after major central banks acted in concert to cut borrowing costs, hoping to counter the impact of the deepest global financial crisis in decades.
The Bank of Korea said it was also considering, for the first time, buying up to 10 trillion won (US$7 billion) of local commercial bank bonds to hand banks desperately needed funds.
Print money
South Korea's banks have looked particularly exposed to the global credit crunch because they have struggled to roll over foreign currency loans, many of which are linked to forward covering by local exporters.
That lack of liquidity makes the banks in turn reluctant to lend at home, threatening domestic firms with their own credit crunch and a more significant slowdown in economic activity.
Some analysts have said the crisis is so acute and institutions so afraid to lend to one another that the central bank may have little option but to print money to try to restore confidence.
President Lee Myung-bak, his promise of rapid economic growth when he took office in February in tatters, tried to encourage a sense of hope.
He told parliament in a budget speech that the government would spend more next year and cut taxes. It stood ready to inject liquidity into the financial system until markets calm, he said.
"The government plans to expand the role of fiscal spending in the face of the global downturn in the real economy," he said, putting priority on capital expenditure and funding to small-and-medium businesses and the service sector.
"Next year, we will increase disposable income through tax cuts equivalent to 13 trillion won and stimulate investment."
He pledged to press on with financial sector deregulation.
The main share index fell below 900 for the first time since January 2005. It ended up on the day at 946.45 points but is still about 35 percent down this month alone and has halved so far this year.
The won, Asia's worst-performing currency monitored by Reuters, fell just more than 1 percent on the day to 1,441.80/42.60. It has fallen by a third this year against the U.S. dollar.