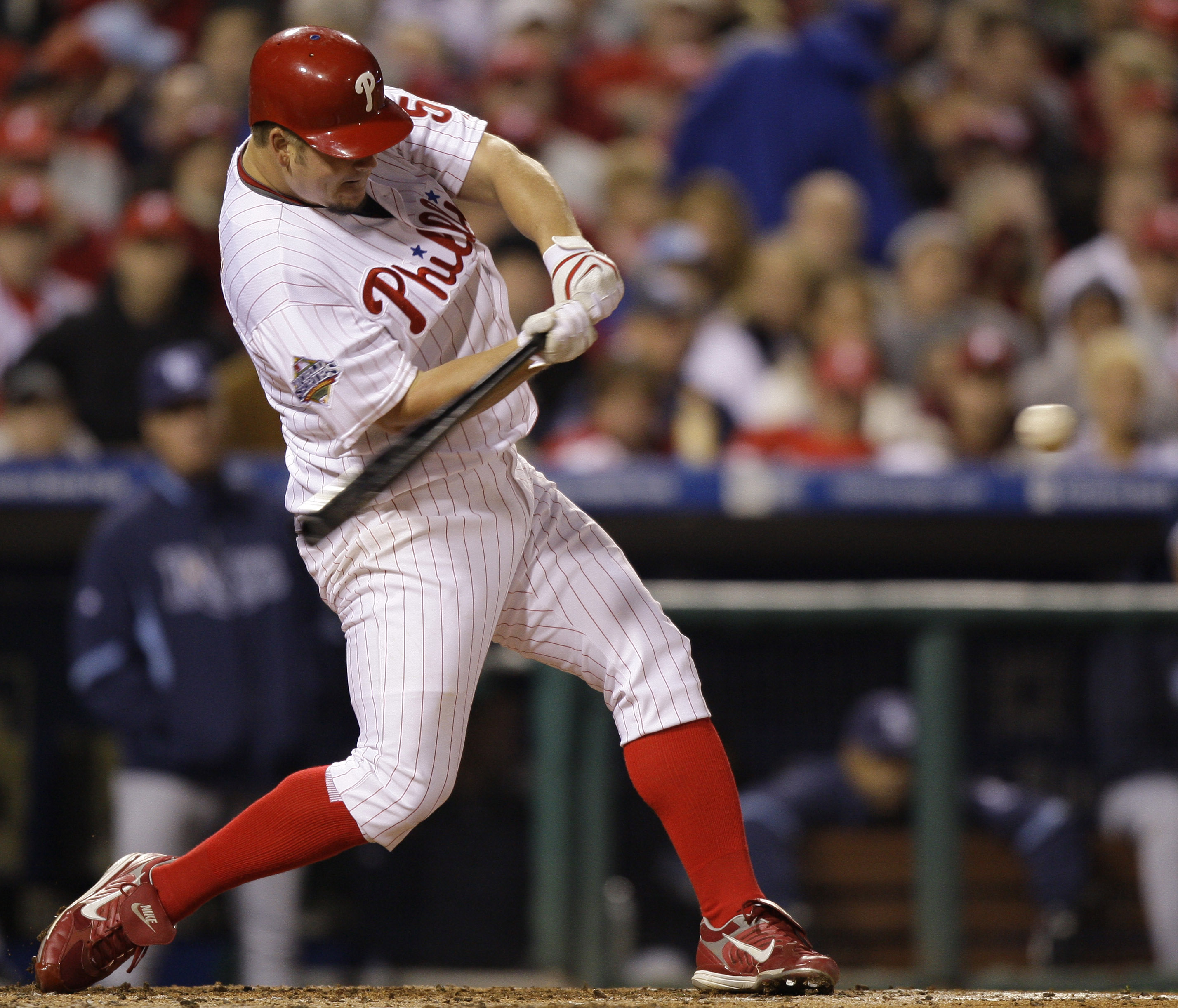 There's nothing like a rare home run from a starting pitcher to help get your struggling offense get back in the swing of things.
The Philadelphia Phillies power is winning out over Tampa Bay's speed in the 104th World Series and righthander Joe Blanton is holding up his end of the bargain and more.
The 27-year-old Blanton pitched six strong innings, striking out seven batters and hammering a key home run in the fifth to left field as the Phillies crushed Tampa Bay 10-2 to take a 3-1 World Series lead on Sunday.
"I haven't hit a home run since my senior year in high school," said Blanton, who is the first Phillies pitcher to hit a home run in the World Series.
"We just have to play hard and play the game the right way."
Blanton also singled in his first at-bat for Philadelphia in July against the New York Mets. He was acquired by the Phillies from Oakland earlier that month. In 33 previous at-bats he had just two hits and both were singles.
Blanton was a first-round pick for the A's in the 2002 entry draft. Oakland received the pick from the New York Yankees as compensation for the loss of Jason Giambi who became a free agent.
He was the A's opening day starter this year before being traded on July 17 for three players.
On Sunday, Blanton became the first Phillies' pitcher to hit a home run in a World Series, launching a shot to left field off Tampa Bay reliever Edwin Jackson that made it 6-2.
"I just closed my eyes," Blanton said. "I didn't open them again until I threw my first warmup pitch (to start the sixth)."
Teammate Ryan Howard said Blanton has been working hard in batting practice.
"The training wheels came off," Howard said.
Blanton is the first pitcher to hit a homer in the World Series since former Oakland star Ken Holtzman in the third inning of game four of the 1974 Fall Classic.
Blanton posted his second win of the postseason Sunday and has not lost a decision since joining the Phillies after the trading deadline.