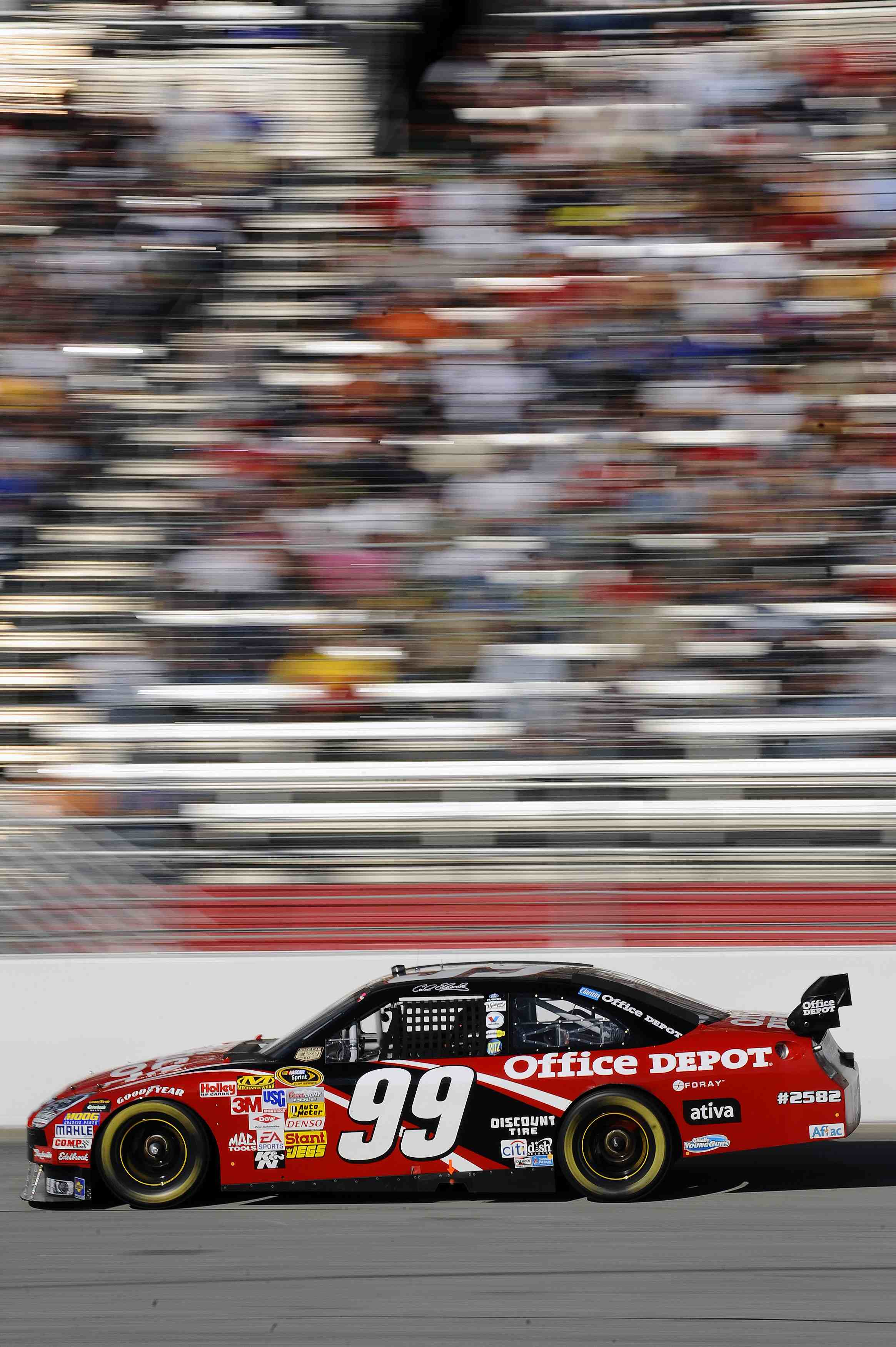 Carl Edwards won his seventh race of the season at Atlanta Motor Speedway on Sunday but points leader Jimmie Johnson increased his lead in his quest for a third consecutive NASCAR championship.
Johnson roared from 11th place to second in the final eight laps to boost his points lead to 183 over Edwards with three races remaining.
"We just fought, fought and fought to get back," Johnson told reporters. "So I am leaving here very happy. It's almost like a win today."
Johnson had dropped as low as 30th when he received a penalty for speeding on pit road.
Edwards, who had been fourth in the points race before the win, did a back flip after his victory but his mood changed after learning of Johnson's late-race surge.
"Are you kidding me?" Edwards told reporters. "I could have done without that. Jimmie is an awesome competitor...that's unbelievable."
Denny Hamlin finished third, followed by Matt Kenseth and Kyle Busch.
Greg Biffle, who had been second to Johnson in the points race, finished 10th and dropped to third, 185 points behind Johnson. Jeff Burton is fourth, 218 points behind after finishing 18th on Sunday.
"Man, Jimmie is magic," Edwards said. "We've got to win those last three (races) and hope for the best."