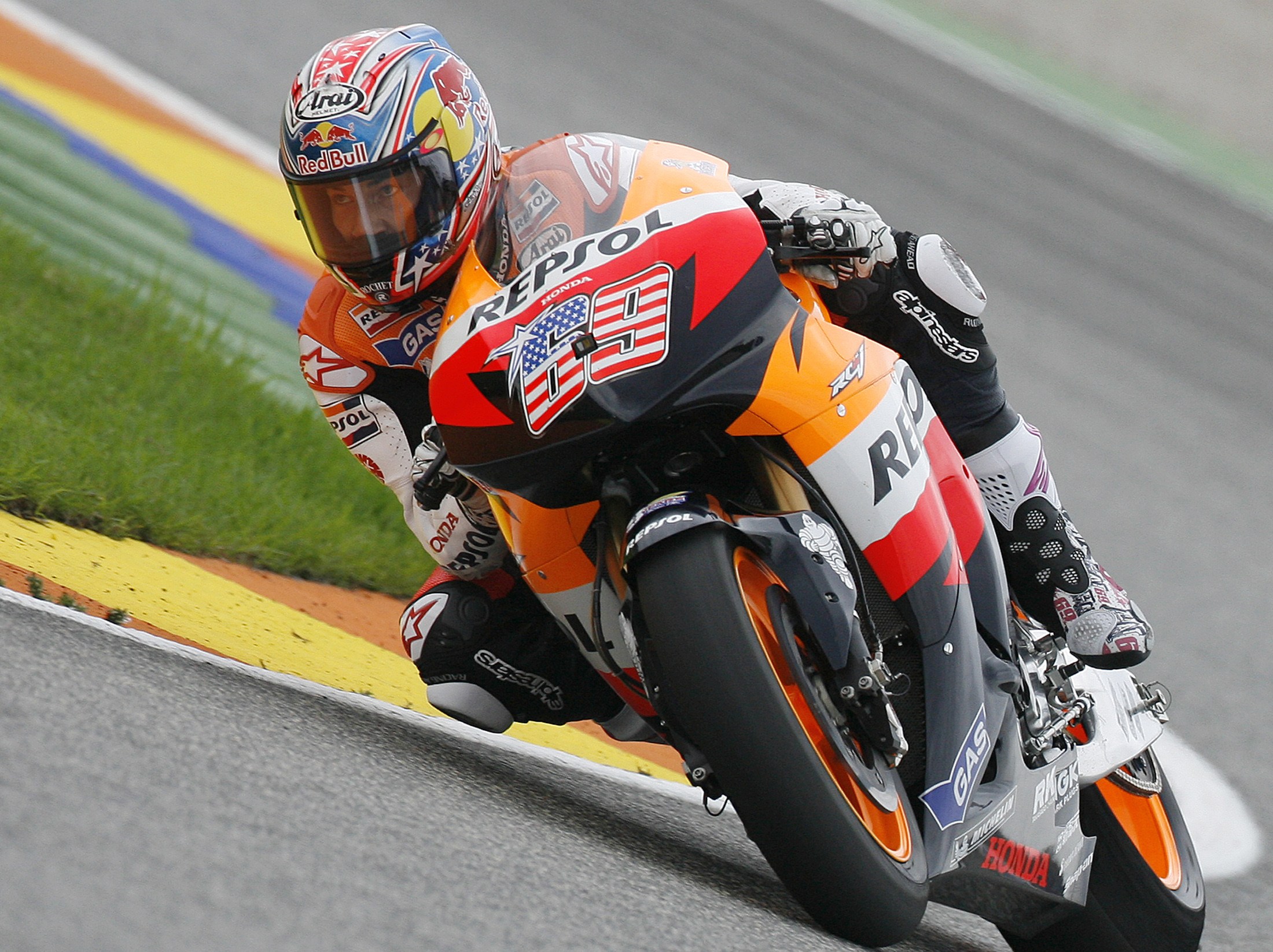 Australian Casey Stoner streaked away from pole position on his Ducati to win the season-ending Valencia MotoGP by more than three seconds on Sunday.
In warm, dry conditions the championship runner-up survived a brief tussle on the first lap with local favorite Dali Pedrosa before steadily pulling away to register his sixth victory of the year.
Pedrosa was second on a Honda ahead of Yamaha's 2008 world champion Valentino Rossi who came from the fourth row of the grid to take third on a track where he has not had much luck over the last couple of years.
It was the Italian's 16th podium finish in 18 races and was completed in front of almost 120,000 spectators.
Another Italian Andrea Dovizioso was fourth and American Nicky Hayden was fifth ahead of compatriot Colin Edwards.
Pedrosa, the 2007 race winner, was quickest into the first turn but Stoner retook the lead on the second bend and the front two had soon opened up a gap on the rest of the pack.
Hayden had been quick through the practice sessions on his last ride with Honda before moving to Ducati, but he could not hold off Rossi's charge up the field.
Rookie title
Dovizioso also overhauled the American to take fourth place but just failed to land the title 'rookie of the year' which went to Spaniard Jorge Lorenzo.
Lorenzo finished eighth in Valencia but remained fourth behind Yamaha team mate Rossi, Stoner and Pedrosa in the overall standings. Dovizioso was fifth.
In the 250cc category, Italian world champion Marco Simoncelli signed off with his sixth victory of the year after leading from the start on his Gilera.
Japan's Yuki Takahashi was second ahead of Spaniard Alvaro Bautista, who finished runner-up for the year, and Italian Roberto Locatelli.
Another Italian Simone Corsi won the 125cc race on an Aprilia to make sure of the runner-up slot behind 2008 championship winner Mike di Meglio.
Frenchman Di Meglio finished the race third behind Spaniard Nicolas Terol. Although 2007 world champion Gabor Talmacsi did not finish he claimed third place in the overall standings.