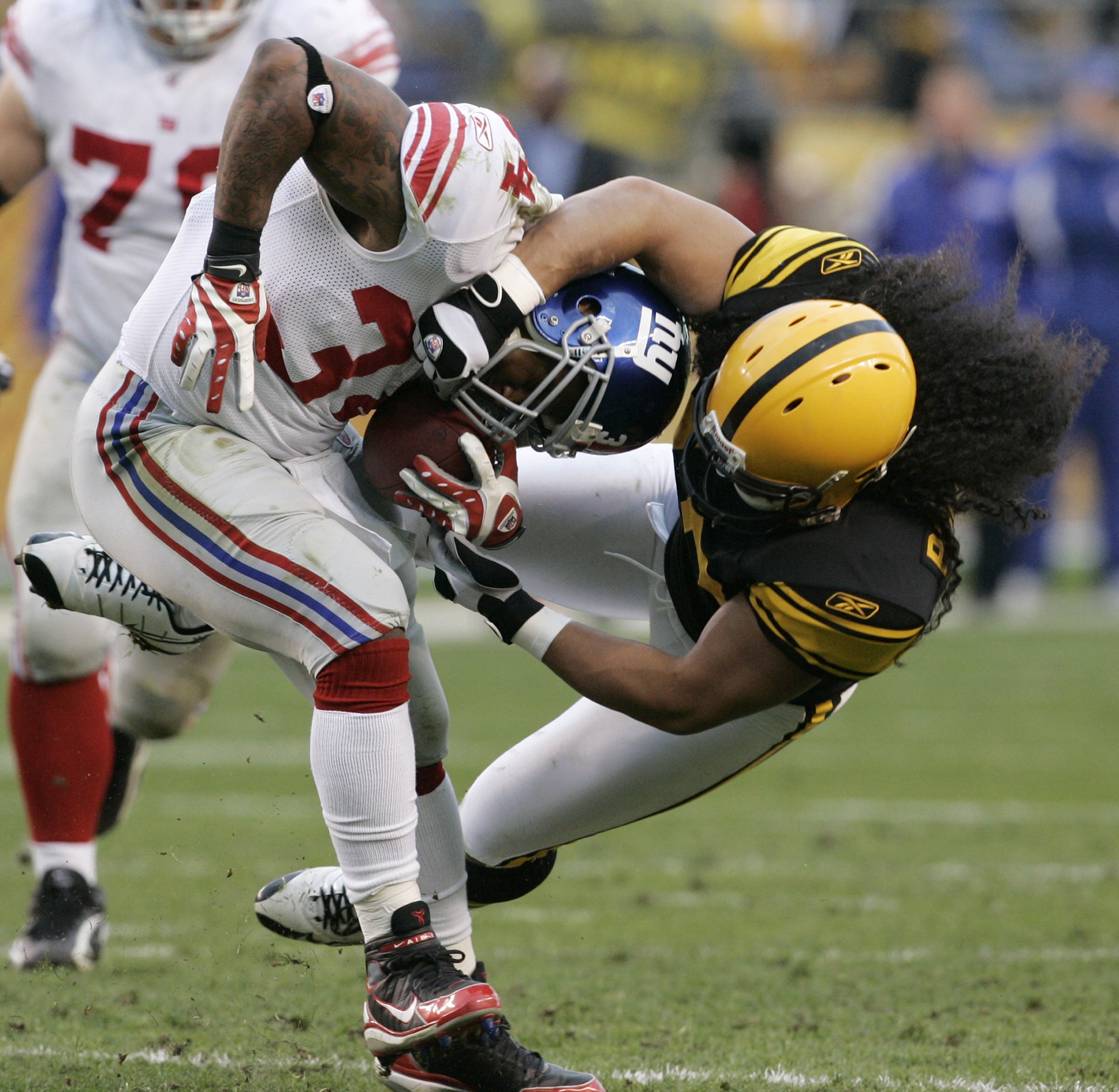 Defending Super Bowl champion New York struggled to score Sunday but the Giants managed a touchdown when it mattered most to defeat Pittsburgh 21-14 in a showdown of division leaders.
Eli Manning flipped a two-yard touchdown pass to unguarded Kevin Boss with 3:07 to play to give the Giants the winning points, New York improving to 6-1 on the season with the Steelers sliding to 5-2.
Squandered touchdown opportunities haunted the Giants throughout the game but New York's defense kept the game tight and Manning managed the rest in the nick of time.
"We hung in there tough, and that's what I am most proud of," Manning said. "There are things obviously that we can work on and fix, but guys stepped up and we just hung in there tough and found a way to win."
Giants kicker John Carney kicked goals of 24, 25, 26 and 35 yards to salvage points on New York drives deep into Steelers territory. His shortest came with 8:18 to play and pulled the Giants within 14-12.
The Steelers opened the door with 6:48 remaining when linebacker James Harrison, filling in as the center on punts after Greg Warren had been hurt earlier, snapped the ball over punter Mitch Berger's head and out of the end zone for a 2-point safety, pulling the Giants even.
"We got some snaps on the sideline and we felt comfortable. We just weren't able to get it done," Steelers coach Mike Tomlin said. "That was the first game that I have been involved in that we didn't have a snapper."
The Steelers, who had denied the Giants in a goal-line defensive stand earlier in the game, kicked away after the safety and Manning drove the Giants 53 yards in seven plays for the winning points.
"They are a great defense," Giants receiver Amani Toomer said. "You can only do so much when we put ourselves in bad situations, but dealing with that is what our team's signature is."
Manning completed 19-of-32 passes for 199 yards without a turnover and his blockers did not allow a sack to a Pittsburgh defensive unit that led the NFL with 25 quarterback tackles for loss.
"The offensive line played great," Manning said. "That was our goal - getting the ball out quick. It's hard to get the ball down field on these guys. We hung in there and played smart enough to win the game."
Pittsburgh quarterback Ben Roethlisberger went 13-of-29 but was intercepted four times and sacked five times as the Steelers managed to convert only once in 14 third- or fourth-down situations.
"They are the world champions for a reason," Roethlisberger said. "They are a great defense. You have to give them a lot of credit. And we didn't play well enough today from top to bottom, and it starts with me."
The Giants remained only half a game ahead of Washington in the NFC East after the Redskins struggled but beat winless Detroit 25-17.
The Dallas Cowboys remained another game behind the Giants by edging Tampa Bay 13-9.
In another matchup of division leaders, Steve Smith scored two touchdowns to lead Carolina past Arizona 27-23.
Carolina's Jake Delhomme threw for 248 yards and two touchdowns, including a controversial 65-yard touchdown to Smith, who seemed to step out of bounds but survived a television relay challenge to score the go-ahead points two seconds before the end of the third quarter.
The NFL's annual game outside U.S. soil proved at hit at London's Wembley Stadium, where more than 82,000 spectators saw Drew Brees throw for 339 yards and three touchdowns to lift New Orleans past San Diego 37-32.