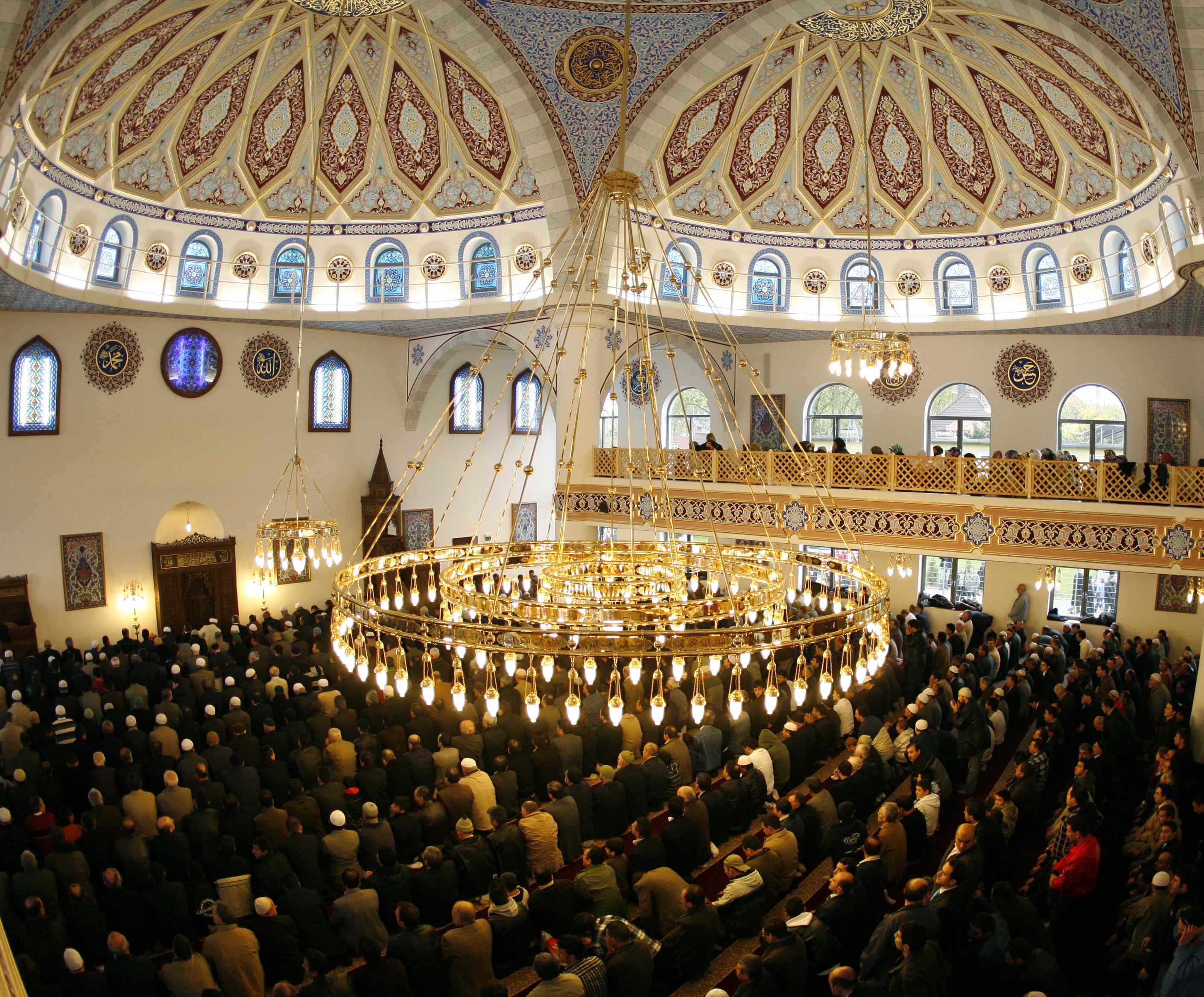 The opening of Germany's biggest mosque on Sunday is intended to help break down barriers between Turks and Germans and ease sometimes strained community relations, politicians and Muslims said on Sunday.
About 8,000 people joined celebrations in the Marxloh suburb of the industrial north-western city of Duisburg to mark the opening of the Merkez mosque, with its 34-meter high minaret and room for 1,200 worshippers.
In contrast to openings of mosques elsewhere in Germany, notably one in Berlin earlier this month which drew heavy protests from local residents, the ceremony went off with no demonstrations.
Instead, buoyed by a festive atmosphere, Muslims and Christians ate donor kebabs, drank tea and chatted together.
"We have nothing to hide so it is time to say goodbye to our mosques which were hidden in backyards," said Mehmet Ozay, head of the Ditib Turkish-Islamic Union in Marxloh, at the opening ceremony.
"I can assure you that this beautiful new mosque is quite safe, it is not a symbol of social division in Germany but a symbol of the benefits of human, religious, cultural and social interaction," he said.
Ditib initiated the project. The cost of building the mosque amounted to roughly 7.5 million euros, about half of which was funded by the EU and the state of North Rhine-Westphalia.
The ornate interior is decorated in gold, turquoise, red and white paint and golden chandeliers hang from the ceiling.
Germany is home to about 3.2 million Muslims, most of whom are Turks and integration has jumped up the political agenda in the last few years.
Germany took on cheap labour from Turkey after the end of World War Two to help rebuild its economy and many workers settled here. The industrial Ruhr area, where Duisburg is located, has a particularly strong Turkish community.
However, younger generations have started to form separate communities and many Turkish youngsters have poor German which limits their job prospects.
Many Muslims complain of Islamphobia and many Germans have spoken out against the building of new mosques.
Conservative Chancellor Angela Merkel has said minarets should not be any taller than church steeples.
Juergen Ruettgers, premier of the state of North Rhine-Westphalia, said the mosque should serve to improve relations. "Not everyone who has a strong foundation of belief is a fundamentalist," said Ruettgers.