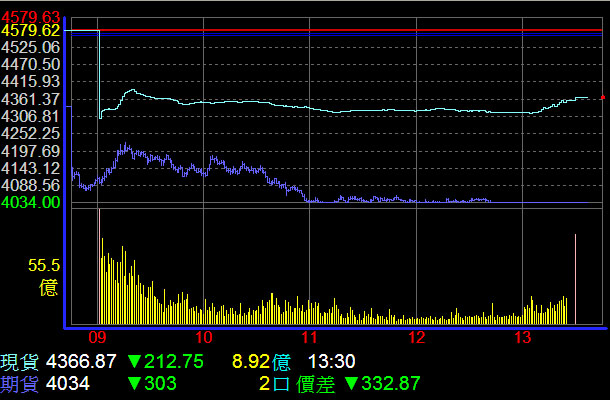 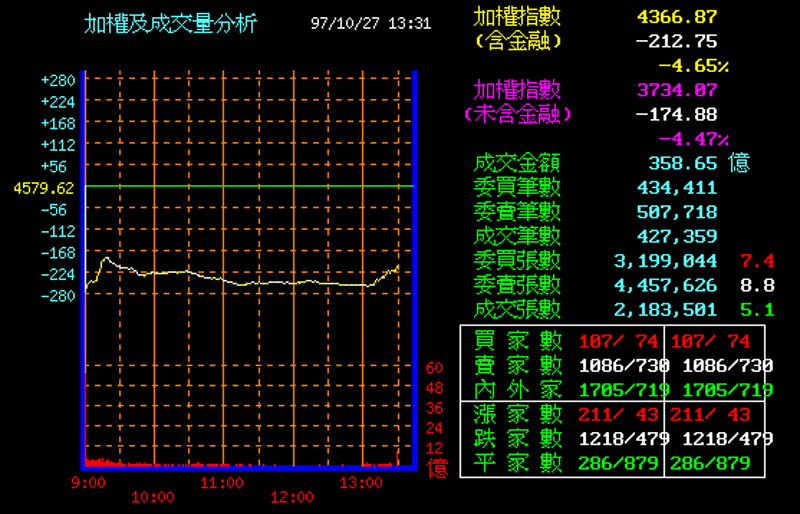 Shares plummeted sharply by 278.29 points as it opened today as the 7 percent limit took effect beginning today after two weeks of halving the downward limit to 3.5 percent by the Financial Supervisory Commission (FSC).

Mass sell-off pressures were seen in today's trading as the FSC decided to resume the standard 7 percent limit-down effective today.

The world stock forecast shows a negative picture of the stock shares in Asia for the Asian stocks will continue to be depressed as bourses around the world are plummeting on soaring fears of a deep global recession. As a result, investors generally opt for liquidating their assets as economic conditions deteriorate.