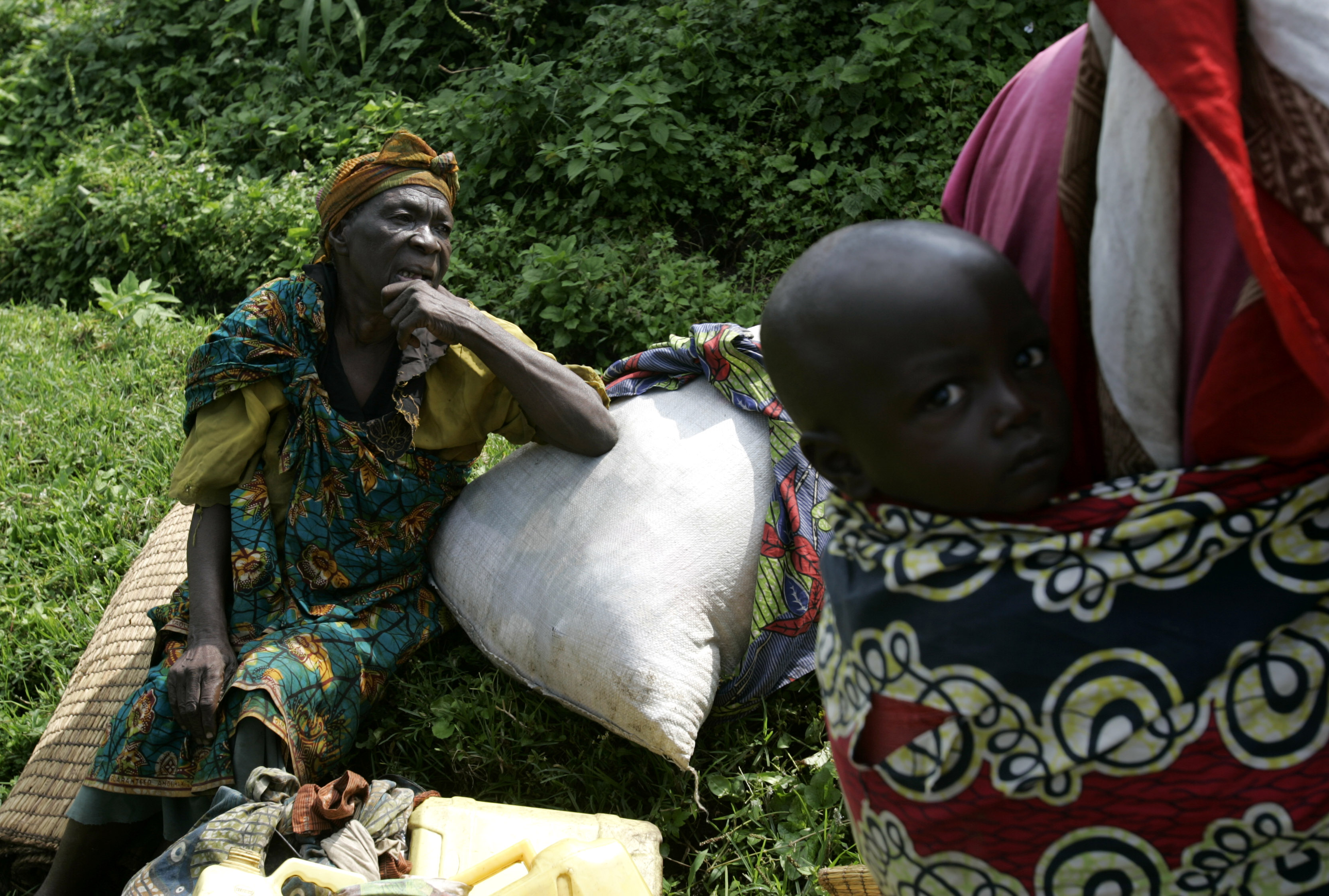 Rebels loyal to a renegade warlord seized an east Congo army base and the headquarters of a park housing some of the world's last mountain gorillas, in heavy fighting yesterday that sent thousands of civilians fleeing, U.N. officials and rebels said.
An unknown number of soldiers, rebels and civilians were killed in the renewed fighting in North Kivu province, according to civilians who said the onslaught began around 2 a.m.
Government troops raced down the road north from the provincial capital of Goma to reinforce a counterattack yesterday morning.
One tank careened into a group of fleeing civilians and killed three teenage boys.
Associated Press reporters who watched the fathers burying their sons in a cabbage patch outside Kibumba could hear the boom of bombing from army tanks about 20km from Rumangabo army camp.
U.N. peacekeepers drove from their camp to investigate the deaths, but angry civilians threw rocks at their vehicle, forcing them to turn back. The troopers, from India, used riot shields to block the rocks.
Such attacks have become common, with civilians accusing the U.N. peacekeeping mission - the biggest in the world with 18,000 troops - of not fulfilling its mandate to protect the population.
The U.N. force has failed to halt the fighting in the vast region of rural hills and forests, and both sides in the combat also accuse the United Nations of siding with the other.
On Wednesday near Kibumba, a hurled rock hit a deputy commander in the Indian force, smashing his nose and forcing his evacuation by helicopter. "He has had two major surgeries and his life is no longer in danger, but he will be disfigured for the rest of his life," U.N. spokeswoman Sylvie van den Wildenberg said.
She said the United Nations had deployed a rapid reaction force at the scene of yesterday's fighting and was appealing to both sides to cease fire, at least to allow civilians to escape.
"But nobody is listening to us and they keep fighting," van den Wildenberg said.
Yesterday's attack marked the second time rebels have seized Rumangabo army base since fighting resumed Aug. 28 when rebel leader Gen. Laurent Nkunda went on the offensive, charging government troops had attacked and broken a cease-fire agreed in January.
Nkunda's fighters, who claim to be protecting the region's Tutsi minority, have occupied parts of Virunga National Park for nearly a year, but they attacked the headquarters for the first time before dawn yesterday.
Meanwhile, more than 200,000 people have fled their homes in just the past two months, joining at least 1.2 million already displaced in east Congo since 2007 when the skirmishes began, the United Nations said.
Many displaced civilians are malnourished and some are dying of hunger, the U.N. World Food Program said Friday. The Geneva-based agency is seeking US$46 million in donations for food aid needed to sustain refugees through March.
The fighting has also jeopardized aid deliveries, and the U.N. agency said some contractors were refusing to go to certain areas.