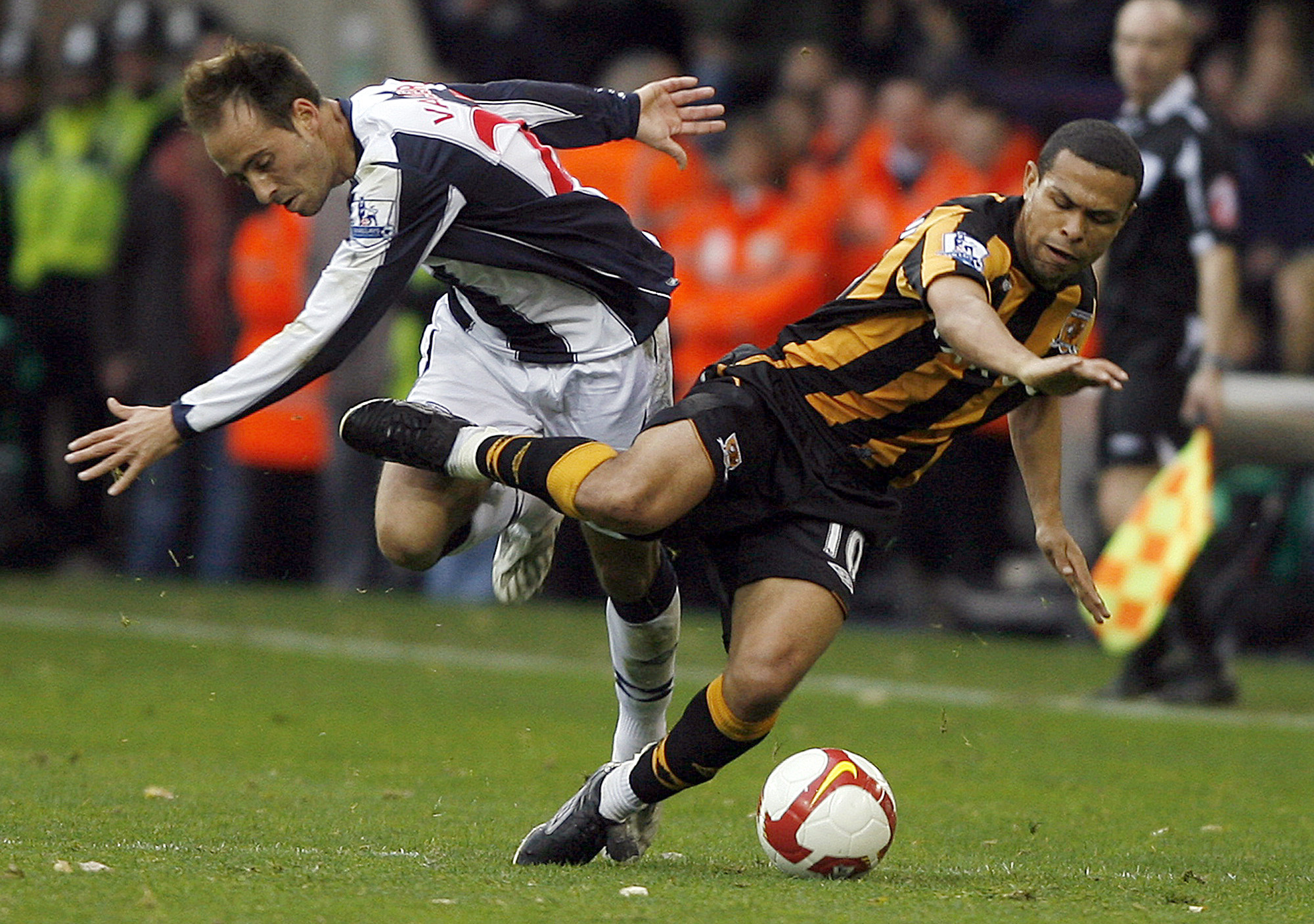 Hull reached dizzy new heights on Saturday as Phil Brown's side won 3-0 at West Bromwich Albion to go joint top of the Premier League.
Only goal difference kept the Tigers below Chelsea and Liverpool in third place after goals from Kamil Zayatte, Geovanni and Marlon King clinched a fourth successive victory for the division's cinderella team.
Just 10 years ago Hull were bottom of English football's fourth tier but now their wildest dreams are coming true.
Zayatte, on loan from Young Boys Berne, opened the scoring with his first goal for the club soon after half-time and Geovanni and King added further strikes to clinch their biggest win of the season.
No team promoted via the Championship play-offs has ever made a better start in the top-flight. Even if Brown's men can't keep up this pace they will surely be able to secure their place among the elite for another year.
"If you get 20 points from nine games you are going to be somewhere near the top," Brown said. "It is Champions League form but that is what it is, form. That is temporary.
"We rode our luck in the first half. We weren't anywhere near our usual tempo, workrate or passing.
"Consequently we found ourselves with an uphill task because West Brom are a good side and if they get their passing game going they will cause anybody a problem.
"We had to do something about it and made one or two changes. It was a game of two halves definitely."
The hosts had their first opportunity when Ishmael Miller found Roman Bednar with a fine through-ball but Ian Ashbee cleared over his own bar as the Czech looked for Robert Koren in front of goal.
Albion were then denied by keeper Boaz Myhill and the crossbar from the resulting corner as Borja Valero's drive was parried and Jonas Olsson headed the rebound against the woodwork. Bednar still almost scrambled the ball in but Hull escaped.
West Bromwich continued to press and James Morrison picked out Ryan Donk with a fine cross but he headed straight at Myhill.
Zayatte, Hull's Guinea defender, flashed a header wide from a Dean Marney corner soon after.
Myhill made a superb save from Miller moments later after the striker beat Zayatte for pace and burst into the box. He shot across goal but Myhill just managed to tip his effort wide.
Hull took the lead in the 47th minute as Marney's cross dropped between defenders and was volleyed in by Zayatte.
The visitors doubled their lead following another moment of inspiration from Geovanni after 62 minutes.
The former Barcelona midfielder, who has already scored against Arsenal and Tottenham, knocked the ball forward for King, who brilliantly flipped the ball back in his direction with his first touch and Geovanni dived to head in.
Moments later it was 3-0 as King raced on to a poor header by Gianni Zuiverloon and calmly clipped the ball past Carson.