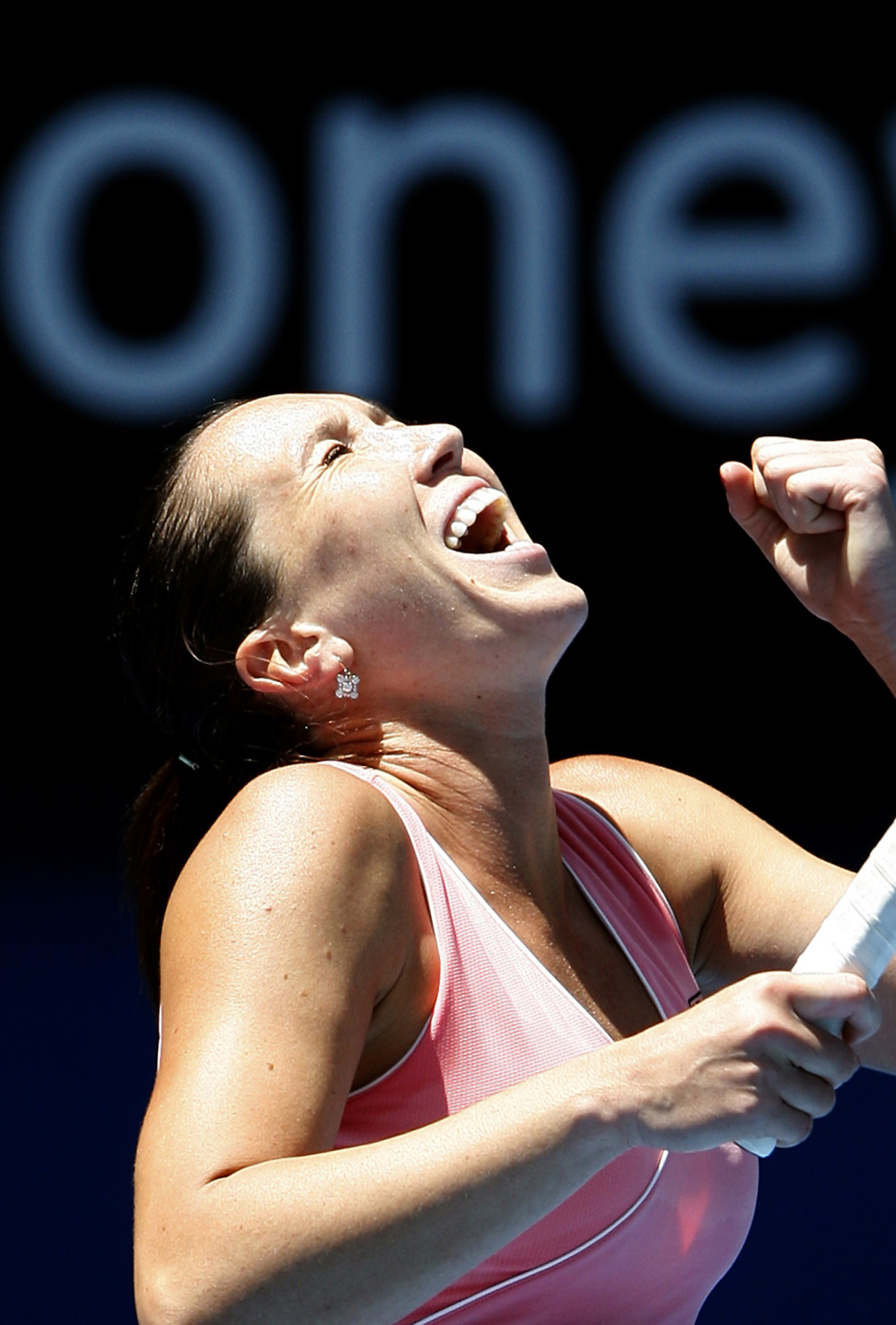 Serbia's Jelena Jankovic, who has yet to win a Grand Slam title, will finish the 2008 season as the world number one, the WTA announced on Saturday.
Currently holding 4,555 points in the rankings, 23-year-old Jankovic has a commanding lead over Dinara Safina (3,782) and Serena Williams (3,716).
Jankovic secured the year-end number one ranking by winning 12-straight matches en route to three consecutive titles - the China Open in Beijing, the Grand Prix in Stuttgart and the Kremlin Cup in Moscow.
As a result, Jankovic increased her 2008 singles title count to four, having also won the Tier I event in Rome one the eve of the French Open.
"It has been a truly amazing year for me," Jankovic said. "Winning four WTA Tour titles, over 60 matches and to make it to two semi-finals and a final in the Grand Slams of 2008 is a dream come true.
"I worked really hard this year and to finish No.1 is where I want to be and where I hope to stay."
In addition to her four 2008 singles titles, Jankovic reached the finals in Miami and the 2008 U.S. Open, her first career Grand Slam final. In addition, she advanced to the semi-finals at two Grand Slams, falling to eventual champion Maria Sharapova at the Australian Open and eventual champion Ana Ivanovic at Roland Garros.
Jankovic was one of five players to hold the World No.1 ranking this year along with Justine Henin (20 weeks), who retired on May 14 and immediately took her name off the rankings, Ana Ivanovic (12 weeks), Maria Sharapova (three weeks) and Serena Williams (four weeks).
Federer knocked off top
Roger Federer says that losing the year-end number one ranking for the first time in half a decade to Rafael Nadal will not change his life.
Nadal has surged to the top of the rankings after almost three years knocking on the door enjoying an outstanding 2008 which has seen him defend his Roland Garros title, win Wimbledon and the Olympics as well as five other titles.
Federer has been methodically laying the ground work for a 2009 resurgence, bolstered by a 6-3, 6-2 victory Saturday over Feliciano Lopez to reach a fifth career final at his home Swiss Indoors, where he takes on David Nalbandian.
"He's (Nadal) played consistently all season long, that's what this game is about," said the 13-time Grand Slam champion.
"His only missing goal might be winning the Masters Cup and he's even got the Davis Cup final to play."
Federer confessed that his first reaction on hearing last week in Madrid that Nadal would take the season-ending honor was disappointment.
Nadal becomes the 15th different year-end number one after finishing runner-up to Federer for the last two years and holding the number two spot for a record 160 consecutive weeks (since July 25, 2005).
Federer held the top position for a record 237 straight weeks from Feb. 2, 2004 to Aug. 17, 2008.
"I was a bit disappointed when I knew that I would lose it. But I gave a good fight for nearly five years," said the Swiss.
"I've never been preoccupied about defending number one. Losing it doesn't change my life.
"The ranking is important but I don't go into a Grand Slam worrying over what I might have to defend. It's really all about winning matches and titles and staying healthy.
"I only thought about the points sometimes when Rafa was really close, but thankfully I don't have that to worry about any more."