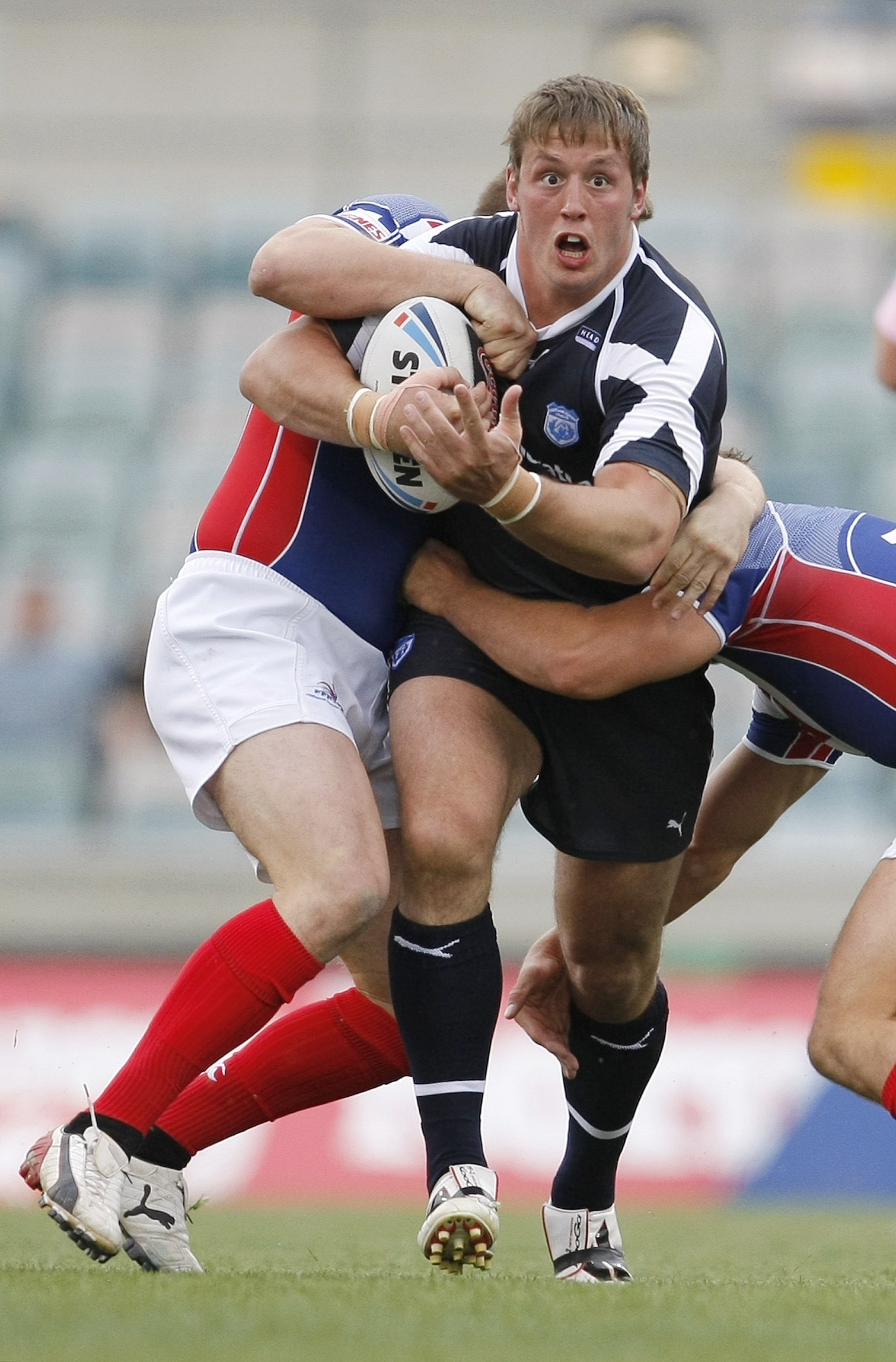 Skipper Jerome Guisset scored two tries as France launched their rugby league World Cup campaign with a 36-18 victory over Scotland in a Pool 2 match yesterday.
The Catalans Dragons back row made a successful return to the ground where he played four NRL games for the Canberra Raiders in 1999 to lead 'Les Chanticleers' to a six tries to three victory and make a big downpayment on a semi-final spot.
The French, coached by Australia's former Wigan mentor John Monie, had to work hard to put away the dogged Scots, who trailed 18-12 after 53 minutes but could not withstand France's strong finish.
With 12 players from the English Super League's Catalans outfit, the French are favorites to win their way through to the semi-finals from their pool, also including Fiji.
Standoff Thomas Bosc and scrum half Maxime Greseque combined well to initiate most of their side's attacks, with Lezignan prop Adel Fellous proving a handful with his dynamic running.
It was a powerful linebreak from Fellous who set up the opening try for Lezignan fullback Jared Taylor in the 16th minute.
Three minutes later Scotland struck back with Hull KR winger Jonathan Steel finishing off in the right corner after quick hands along the backline.
But France skipped away to a 18-6 half time lead after tries to Guisset and Catalans center John Wilson.
Scotland worked their way back into the contest with a try to interchange forward Oliver Wilkes off a short pass from Wakefield scrumhalf Danny Brough six minutes after the interval.
But further tries from back row Sebastian Raguin, Guisset and interchange back Christophe Moly wrapped up the victory.