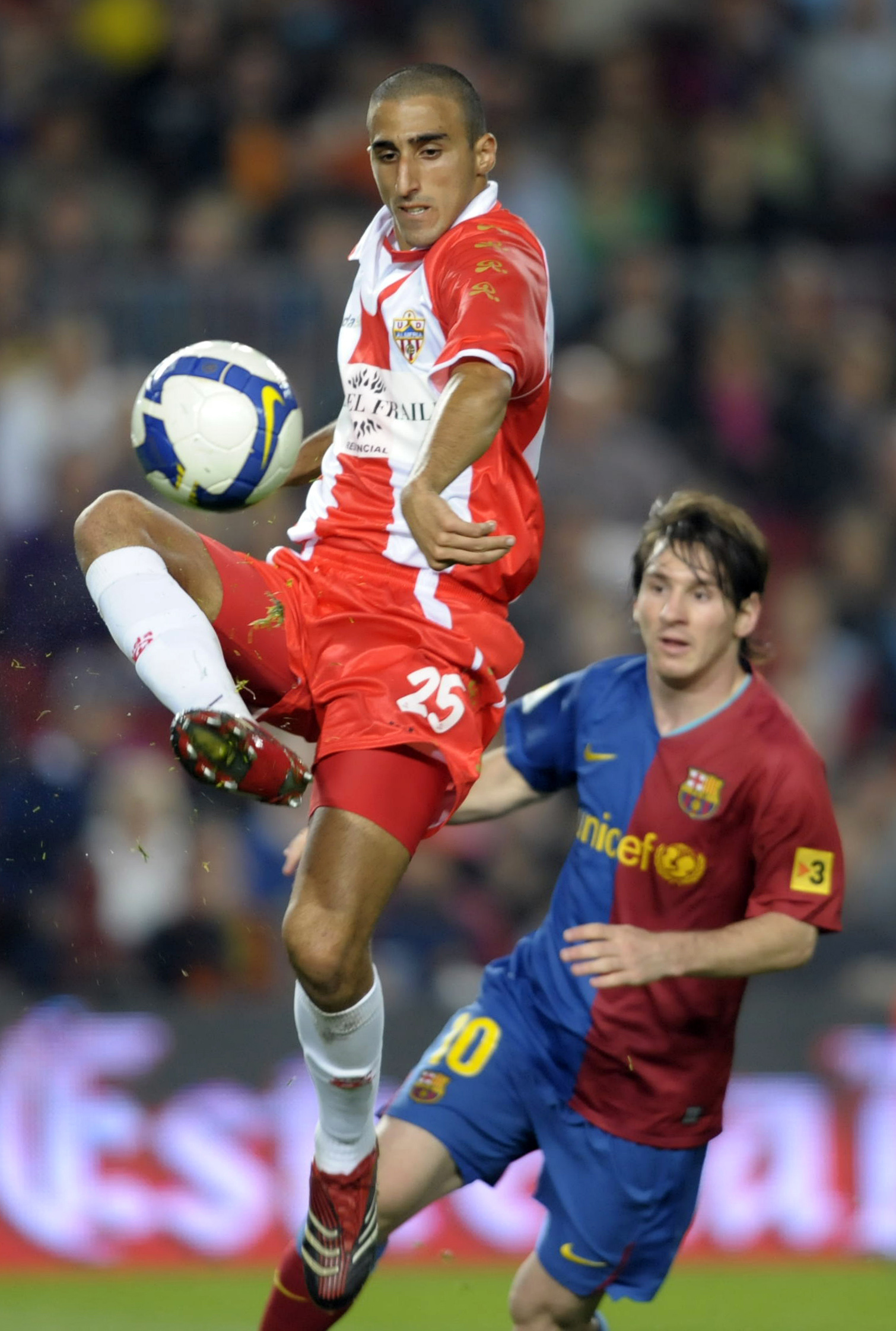 Samuel Eto'o scored a hat-trick inside the first 24 minutes as Barcelona powered to the summit of the Spanish first division with a 5-0 win over ten-man Almeria on Saturday.
Barcelona replace Valencia, who play at Recreativo Huelva on Sunday, at the top on goal difference after a scintillating display which saw the hosts score five times in the first half.
Cameroon international Eto'o opened the scoring after just four minutes and Frenchman Thierry Henry netted on 13 minutes after brilliant play from Lionel Messi.
The floodgates opened on 20 minutes when Eto'o scored his second and his quick-fire hat-trick was completed four minutes later.
Eto'o becomes the league's top-scorer with nine goals after his treble - he now has one goal more than Valencia's David Villa.
Almeria's cause was not helped when striker Alvaro Negredo was dismissed for a crude challenge on the half hour mark and shortly afterwards Brazilian international Dani Alves scored his first Barca league goal from a free-kick.
"It is great to finally score as I have been waiting a while," said Alves.
"We are scoring a lot of early goals at the moment which helps a lot and the whole team is doing well.
"I think we are on the right path towards success and we are getting our reward for the hard work we have all put in."
A half-time standing ovation from the Camp Nou greeted the smiling Barca players while Almeria's players trudged off.
Barca continue to plunder the goals having recently crushed Atletico Madrid 6-1 - when they led 5-1 at the break - and they also demolished FC Basel 5-0 in midweek in the Champions League.
It was a sixth straight win in the league for Barca and a ninth successive win in all competitions.
Barca's title rivals are now under pressure to respond with reigning champions Real Madrid, three points behind, looking to bounce back from their 2-1 Champions League defeat to Juventus with victory over Athletic Bilbao yesterday.
Valencia, level on points with Barca, travel to Recreativo while fourth-placed Villarreal, two points behind, hosted Atletico Madrid at El Madrigal ysterday in the game of the weekend.
Sevilla are in third, level on points with Villarreal, going into Sunday's home match against Malaga.