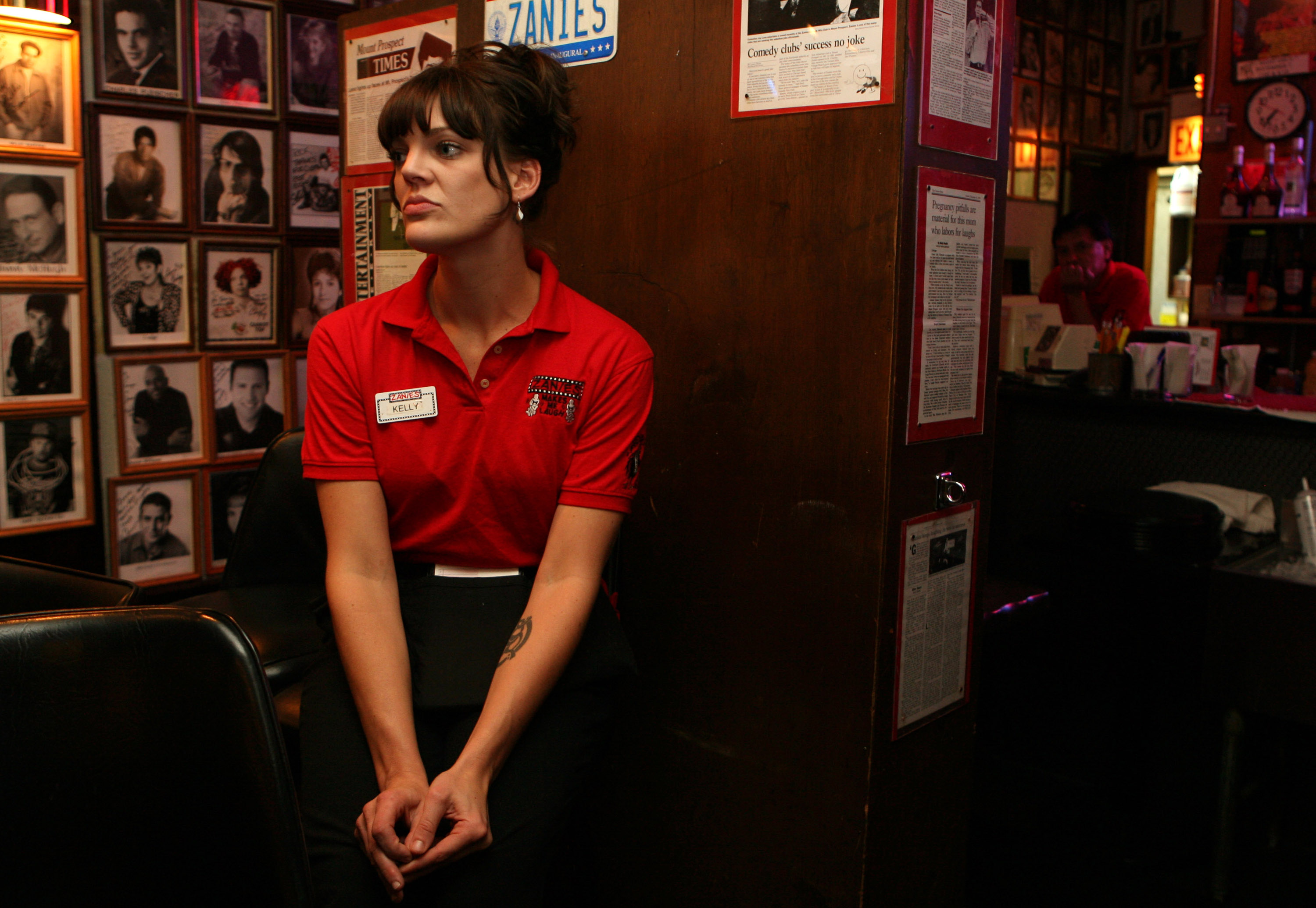 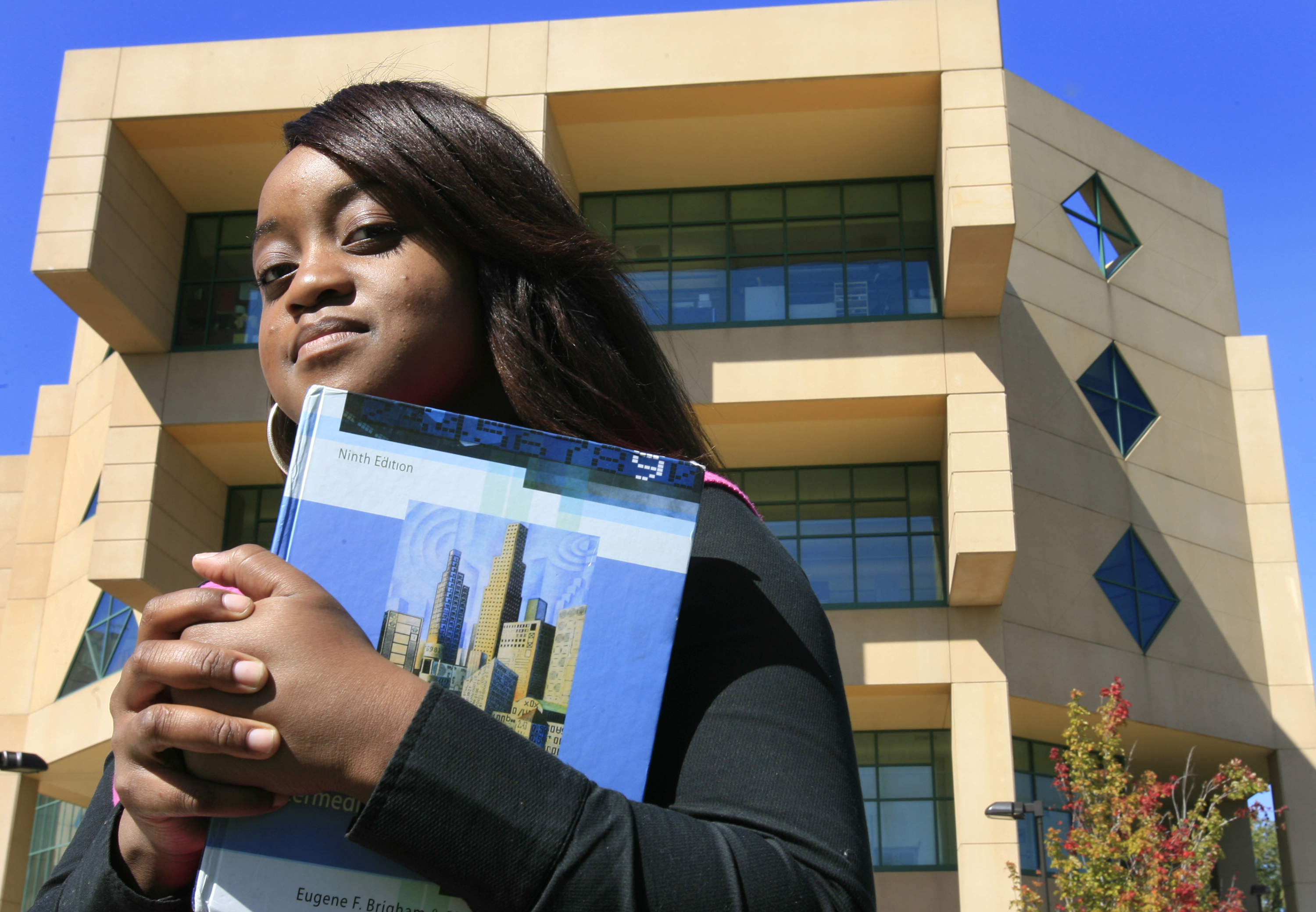 Kelly Stevens is suffering from buyer's remorse.
The 29-year-old from Fargo, N.D., took out more than US$60,000 in loans to pay for a bachelor's degree in fashion marketing from the Illinois Institute of Art. She was convinced it would allow her to open her own store or work for a major fashion company _ basically, to make more money.
But nearly a year after graduating, she is waiting tables at a comedy club. Every week, she gets rejected from half a dozen marketing jobs. She can no longer make payments on some of her loans. She can barely scrape by.
"I can't open my own store in this economy," Stevens said. "Marketing jobs are among those that have been hardest hit. Sometimes it feels like I should never have gotten that degree."
Money is only one of the reasons to go to college, of course. But with college costs skyrocketing and the economy worsening, the question of whether higher education is a worthy financial investment is no longer a no-brainer.
For decades, the earnings gap between college graduates and high school graduates grew and grew. Get a bachelor's degree, and you were almost guaranteed to be a lot better off.
But the gap in income has started to shrink in recent years. U.S. Census data show that in 2007 people with a bachelor's degree earned 90 percent more than high school graduates, down from a 96 percent gap seven years earlier. Meanwhile, more students are taking on debt. The debt levels are growing. And some graduates are unable to land jobs that allow them to pay back their loans.
Most experts insist that going to college is generally worth it. College graduates still earn substantially more than high school graduates on average: US$59,365 annually compared with US$33,609.
But they caution that some college choices are no longer a wise investment. Students destined for low-paying careers, they say, simply cannot manage certain debt levels. Loans can surpass US$100,000 depending on the school and the borrower.
"If you're going to be a nursery school teacher your whole life, you should not be taking out a lot of loans," said Sandy Baum, senior policy analyst for the College Board and an economics professor at Skidmore College. "That's the problem. It's an investment people make without knowing how they will pay it off."
People in business jobs can manage US$46,000, according to calculations the Chicago Tribune made with a formula created by Baum. So for Stevens, paying back nearly US$65,000 in loans was almost certain to be a struggle. Now that she is stuck in a low-paying service job, it's become impossible.
Meanwhile, about one-third of college students drop out _ dashing any return on their investment.
Does attending an elite college make a difference? The answer is unclear. While some researchers have found that graduates of top schools earn more on average than those from less prestigious institutions, others have found no difference.
Potential earnings
Debbie Quinn, director of guidance at West Aurora High School, said she doesn't dissuade students from going to college because of the cost. But she encourages them to think about their career path and potential earnings.
Recognizing that the cost of college could steer students away from important but low-paying professions, Congress passed legislation last year that will gradually cut interest rates on certain government loans, allow borrowers to make smaller loan payments if they are earning less, and forgive the loans of students who serve in public-service careers for 10 years.
Private colleges are increasing the assistance they offer, so fewer students are required to take out loans and those who do will take on less of a burden, said Ron Ehrenberg, director of Cornell University's Higher Education Research Institute.
"The concern was that with high loan burdens, we were influencing the professional outcomes of students," Ehrenberg said.
Experts point out that the college experience is not just about financial rewards. There is also that business about learning a few things. Students are able to explore their interests. They often become inspired by subjects they never knew existed and are able to view the world through a broader lens.
"There's value added when it comes to critical thinking and moral reasoning," said Ernest Pascarella, a University of Iowa professor who has studied the effects of college.
The education also extends outside the classroom, through exposure to classmates from different backgrounds and participation in extracurricular activities.
And the rewards might just keep on coming, according to the College Board. During their working lives, college graduates are more likely to engage in organized volunteer work, vote, donate blood and live healthy lifestyles _ though it's possible that people in those categories also were more likely to attend college in the first place.
Priscilla Adeniji, 22, a finance major at Chicago State University, says her choices at college appear to be paying off.
Scholarships have covered almost the entire cost of her education, making this the first year she's had to take out a loan, for US$5,000. She graduates in December, and the Big Four consulting firms already are dangling jobs with salaries starting at US$55,000.
Adeniji said she also gained a lot from her classes and participation in a sorority and other activities.
"Career-wise, college has been very important for me," she said. "But it's also about knowledge. If I wasn't in school, I wouldn't be able to understand what's going on with the economy and with other things that affect my life."