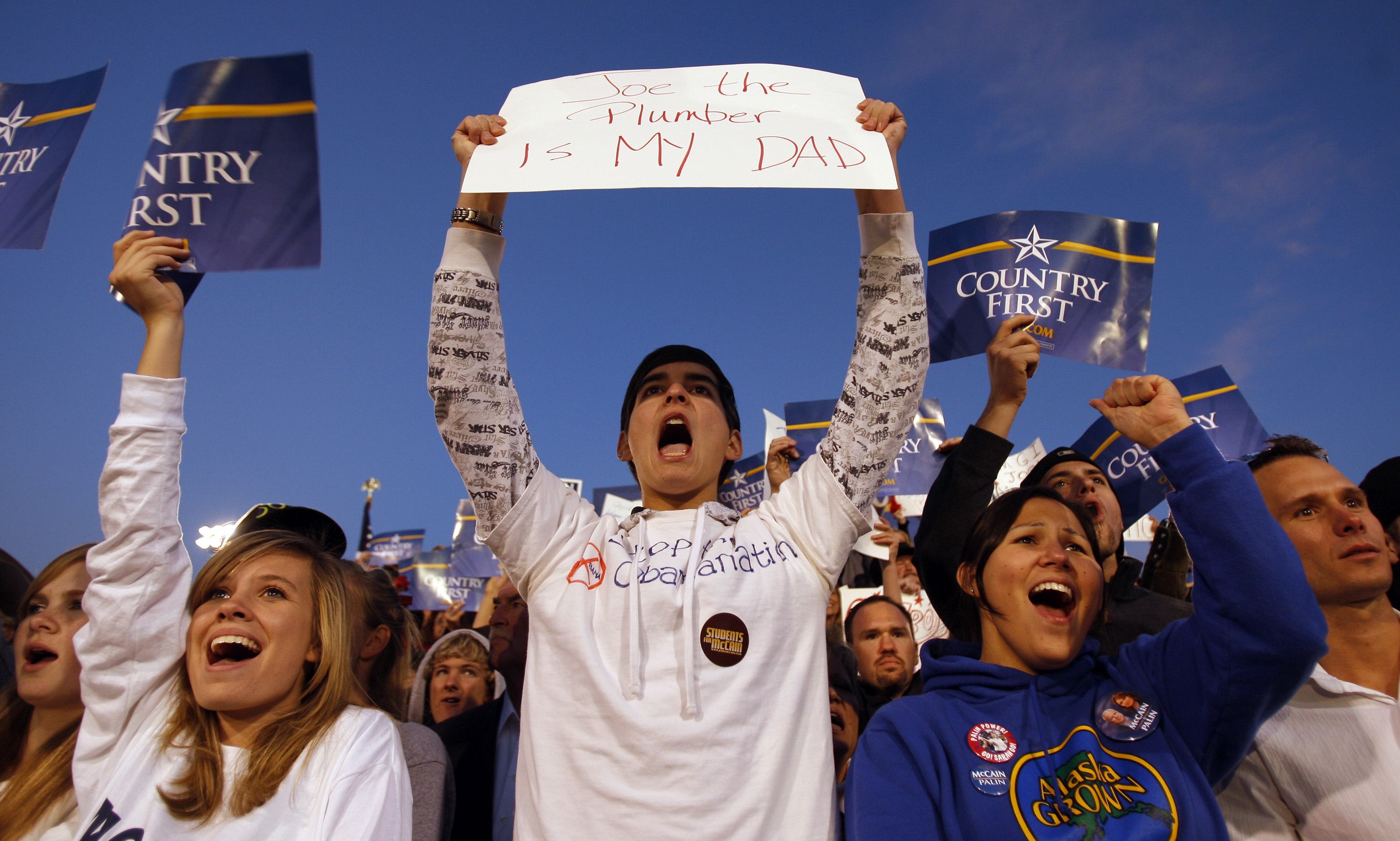 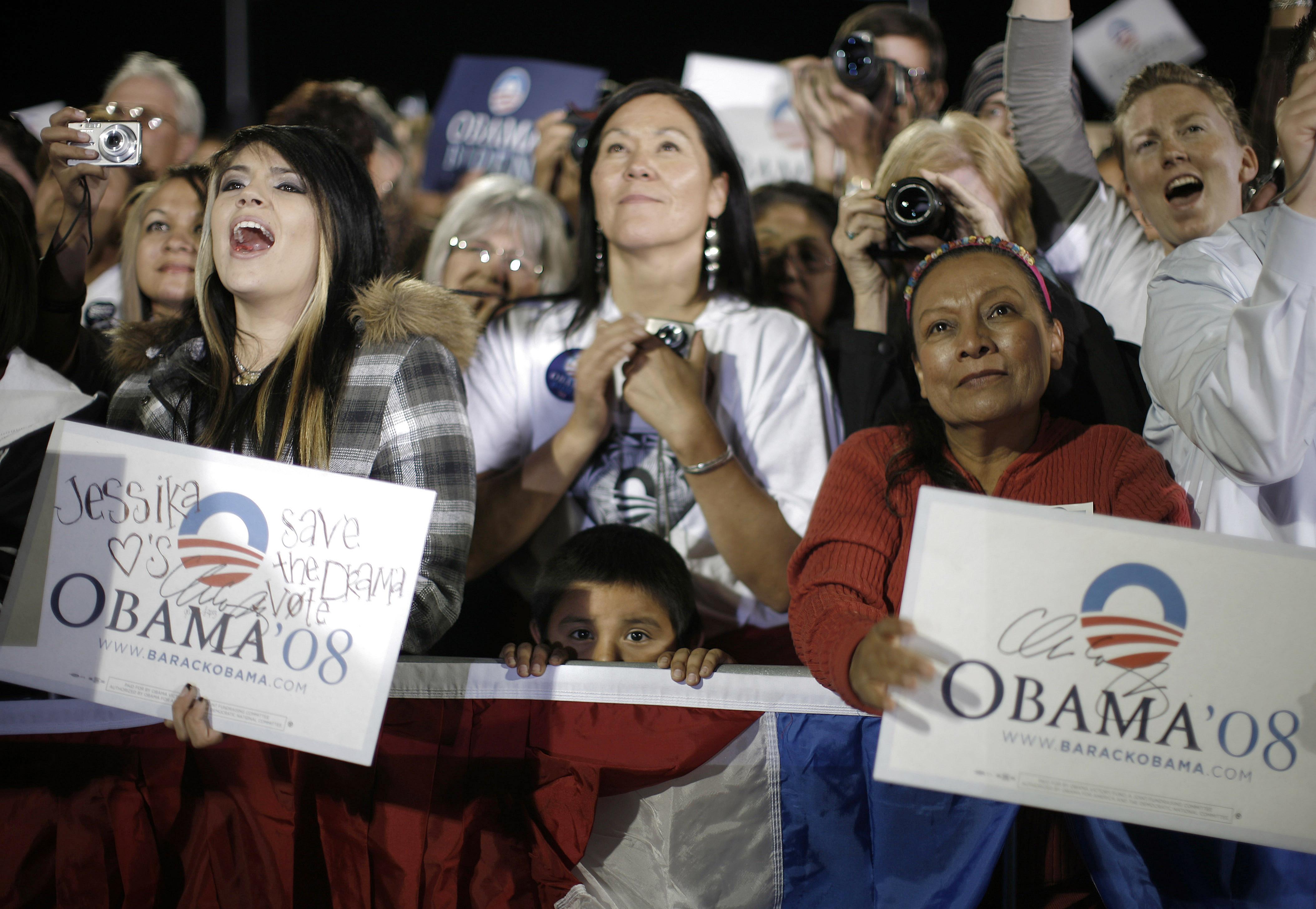 Barack Obama, looking to expand his lead in the U.S. presidential race, mocked John McCain for trying to distance himself from President George W. Bush as both candidates courted western states that could decide the election in a little more than a week.
Both candidates on Saturday were targeting the same trio of western states _ Nevada, Colorado and New Mexico. The flurry of appearances by Obama and McCain likely represent the last time in a long, testy campaign that the toss-up territory of the West will get this much attention. Electoral prizes in the East, like Ohio, Pennsylvania and Florida, will soon take command as the Nov. 4 vote approaches.
Obama on Saturday recharged his habit of lumping McCain with the unpopular Bush, a fellow Republican. McCain has outspokenly blamed Bush's leadership for the country's woes in recent days.
"John McCain attacking George Bush for his out-of-hand economic policy is like (Vice President) Dick Cheney attacking George Bush for his go-it-alone foreign policy," Obama said. Later in the day, Obama put McCain's criticism of Bush this way: "It's like Robin getting mad at Batman."
Obama said it was too late for McCain to portray himself as independent from Bush after standing with him for years. McCain has a mixed record of supporting and bucking Bush.
As the front-running Obama campaigned at a baseball stadium, McCain was at an outdoor rally at the New Mexico state fairgrounds in Albuquerque. The Republican from nearby Arizona claimed he had the edge in battleground states in the region, calling himself "a fellow Westerner."
"Sen. Obama has never been south of the border," with Mexico, said McCain, arguing that he has a feel for issues like water that resonate throughout the region. Obama's campaign said Obama has, in fact, been to Mexico before he got into public office.
McCain continued to portray Obama, an Illinois senator, as a tax-and-spend liberal certain to push for more government and higher spending.
"He believes in redistributing wealth," McCain said. "That's not America."
McCain also appeared at a rally in Mesilla, New Mexico, where he emphasized his status as a fellow Westerner who understood regional issues.
Obama, at a night rally in Albuquerque, told supporters to "not let up." Democrat Al Gore won the state by just 366 votes in 2000, even though he ultimately lost the election.
Fundraising appeal
Obama continued to use his massive fundraising appeal to his advantage. On Sunday, his campaign unveiled a two-minute TV ad that asks, "Will our country be better off four years from now?"
The length of the ad, which will air in key states, highlights Obama's fundraising superiority _ most campaign commercials run 30 seconds or a minute.
Without mentioning McCain, the ad promotes Obama's economic policies while saying that Obama will work to end "mindless partisanship" and "divisiveness."
The Republican National Committee released its own TV ad Saturday questioning whether Obama has the experience to be president. The ad, featuring the image of a stormy ocean, says the nation is in "uncertain times" that could get worse and asks whether voters want a president "who's untested at the helm."
A Newsweek poll of likely voters showed Obama with 53 percent to McCain's 41 percent. The magazine's poll of registered voters found Obama leading in every age group and among men as well as women, and even holding a slim 46-to-44 percent edge among working-class whites.
The telephone poll, conducted from Oct. 22-23 with a margin of error of 3.6 percentage points, also found that 62 percent of those surveyed have a favorable view of Obama.
Although national polls may reflect the mood of voters, the election is won on a state-by-state basis rather than a nationwide popular vote. Each state has a number of electoral votes that is roughly tied to its population.
The West, once reliable Republican territory, has seen its politics and demographics shift over the last decade. Bush narrowly won Nevada, Colorado and New Mexico four years ago and Democrats see them and their 19 electoral votes as a real opportunity.
Obama resumed his campaign in Nevada after spending Thursday night and Friday in Hawaii with his grandmother, who is gravely ill. He offered thanks to those who wished her well.
Despite sour polls, McCain pledged a scrappy close to the campaign.
"We're a few points down and the pundits, of course, as they have four or five times, have written us off," said McCain. "We've got them just where we want them."
McCain was headed briefly to El Paso, Texas, before moving on to Iowa, a Midwestern state where he's looking to make up for some lost ground in a state campaign aides argue is closer than the public polling shows.
Obama was campaigning in Colorado yesterday, also in the West.