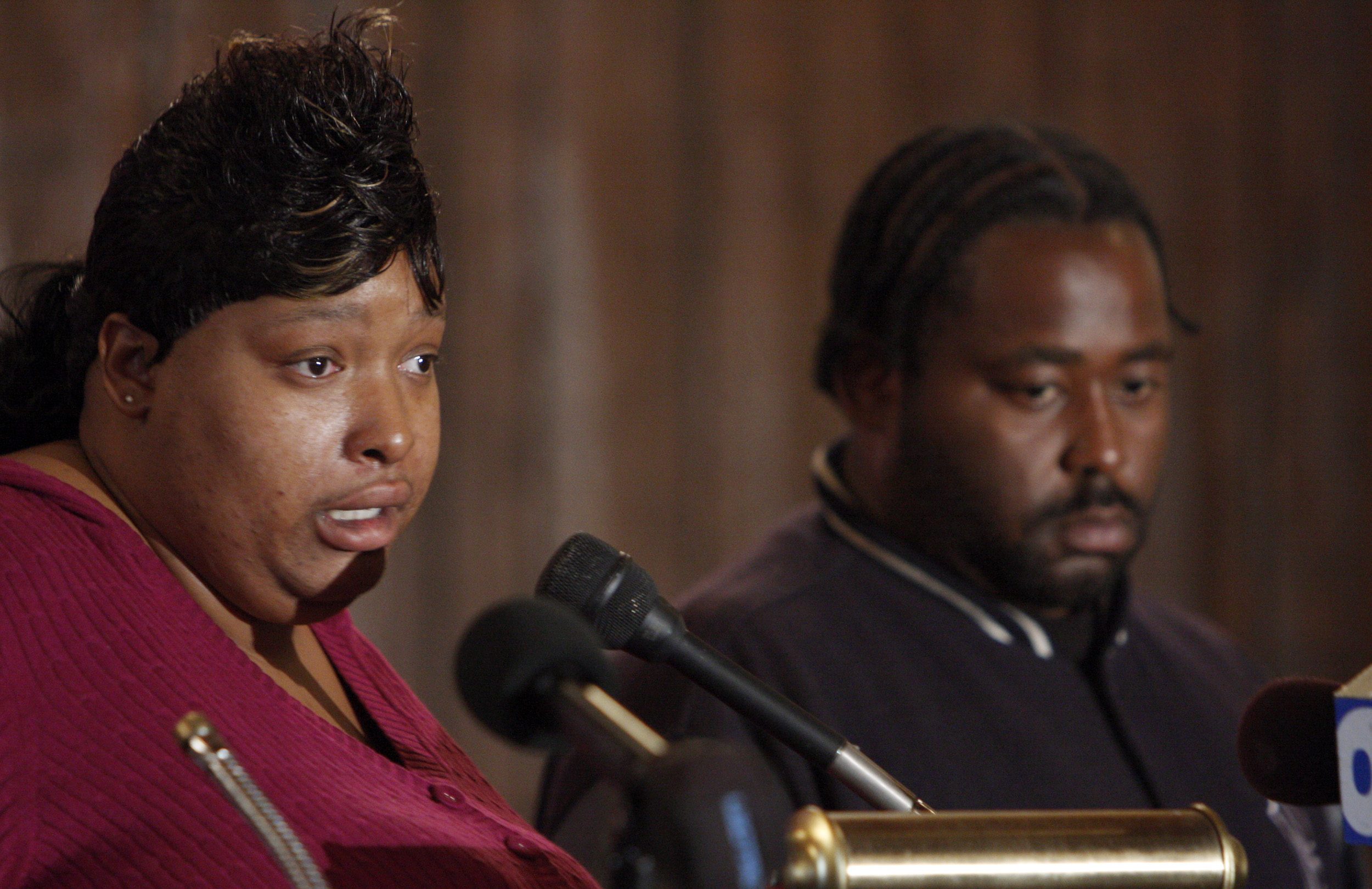 The older sister of Jennifer Hudson made a plea at a Chicago church for the return of her missing 7-year-old son, a day after the siblings' mother and brother were found shot to death at the family home.
Julia Hudson made the plea Saturday for her son Julian King. He was reported missing Friday from the family's home. The mother and brother of the sisters were found shot to death the same day in the home.
An autopsy Saturday showed Darnell Donerson, 57, and Jason Hudson, 29, died of gunshot wounds, according to the Cook County medical examiner's office. Their deaths were ruled homicides.
Julia Hudson says that her famous sister flew to Chicago after learning the news. It wasn't clear whether the Oscar-winning actress and singer was at the church.
"I don't care who you are, just let the baby go," Julia Hudson said to a crowd from the podium of the Pleasant Gift Missionary Baptist Church with the boy's father, Greg King, at her side. "I just want my son. He doesn't deserve this."
Authorities were holding a suspect with ties to the family, but no one had been charged Saturday. Law enforcement sources told the Chicago Tribune and Chicago Sun-Times that William Balfour was in custody, and the man's mother said he is Julia Hudson's estranged husband.
Balfour was named in a police alert issued after Julian's disappearance. Julia Hudson did not comment on her relationship to Balfour.
The Hudsons, who have insisted on not allowing 27-year-old Jennifer's fame to alter their lives, lived in a three-story white house in Chicago bookended by vacant lots. Police said a family member entering Donerson's home Friday found a woman's body on the living room floor. Officers later found Hudson shot in the bedroom. At least one of the victims suffered defensive wounds, said authorities, who described the shooting as domestic violence.
FBI investigation
That same day, Julia Hudson reported Julian King missing. Chicago police spokeswoman Monique Bond, who declined to comment Saturday on a suspect, said no one had been charged. She has said that investigators were talking to "a number of people in custody."
Bond said the FBI had been called to help in the search for the boy because he could have been taken across state lines.
Records from the Illinois Department of Corrections show Balfour, 27, is on parole and spent nearly seven years in prison for attempted murder, vehicular hijacking and possessing a stolen vehicle. Public records show one of Balfour's addresses as the home where Donerson and Jason Hudson were shot.
Balfour's mother, Michele Balfour, said that her son had been married to Julia Hudson for several years, but that they were separated. She also said Donerson had ordered him to move out of the home last winter.