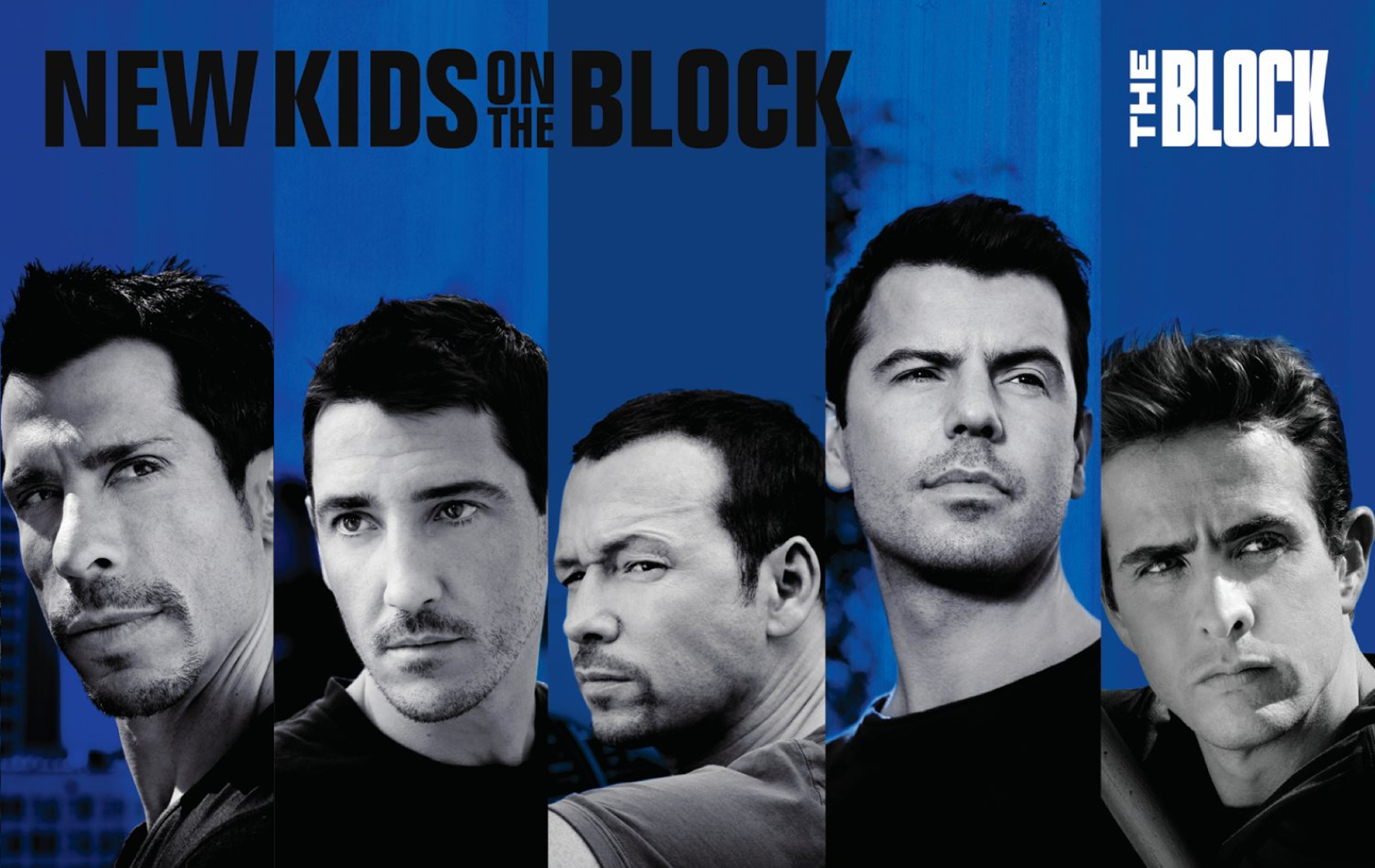 I have good taste in music. I swear on my stack of Van Morrison, Rufus Wainwright and Beck.
But I have a confession to make. I recently dropped an obscene amount of money on a ticket to see New Kids on the Block, the early-'90s boy band mounting a comeback tour this year on the backs of thousands of nostalgic suckers like me.
And my sister.
And three friends who have suggested we have T-shirts made. (These US$100-a-pop tickets are hard-won; the first show we tried for sold out in minutes.)
We are in our 30s, and this time, we don't have to save baby-sitting money or beg mom to drive us to the concert in her station wagon. We are professional women with interesting lives. And we are screaming like little girls over Joey McIntyre. (He's the cute one, still.)
Make no mistake - our pilgrimage is not about the songwriting.
With gems like "You got the right stuff, baby, love the way you turn me on/You got the right stuff, baby, you're the reason why I sing this song," how could it be?
It's about the best parts of being 12 and 13 and 14 again, when we were on the cusp of something exciting and so newly thrilled about pop music that we actually manufactured tears while in the same room with an artist we adored.
These days, the singer-songwriter Ray LaMontagne really speaks to me, but I'm pretty sure I won't start bawling when I see him in concert.
Amy, my sister, whose well-worn cassette copy of "Hangin' Tough" I stole more times than I care to count, will be seven months pregnant at the concert. She suggests we roll our jeans and tease our hair.
OK, so this isn't about the music at all.
Though the greatest-hits CD is on heavy rotation on my iPod, I have passed on purchasing "The Block," the group's new release, which has garnered some not-terrible early reviews.
It's mostly because when I was 12, I was sure that love would sound exactly like my favorite New Kid Jordan Knight warbling "If You Go Away."
New Kids was my first concert - it was my middle-school best friend, Shelby Friedman and me, 13. Shelby fell into hysterics when Joey pointed at her handmade "I Love You Joey" sign and smiled.
Surely that was a sign that they were destined to be together, right?
I tracked down Shelby in Charlotte, New Carolina, where she's Shelby Greenberg now, an audiologist with a little girl, and very excited to see the band when they hit her area.
"It was my first concert, and the best one yet," she said of our 1991 experience.
Shelby said she feels "like a dork" over the Joey incident, the T-shirts, buttons, collectible cards and posters. But does the flame still burn?
"It's a shame that we are both married with kids, or he would be in trouble now that we are adults," she said.
Nostalgia sells
Elayne Rapping, a professor of American Studies and pop culture expert at the University of Buffalo, said there's a reason the New Kids are touring, "Beverly Hills 90210" is back, and "Transformers" is a hit at the movie theater.
"They're not reviving Frank Sinatra," Rapping said. "They're revisiting stuff that appeals to people in the 18-to-49 age range."
This particular reunion tour isn't surprising for two reasons, Rapping said. First, nostalgia sells, and second, we like to see those we idolized in our youth age like the rest of us.
We want to see how "90210's" Kelly Taylor (Jennie Garth) fares as a single mom, for instance. We can relate to that.
I find it comforting that the New Kids are no longer perfect pretty boys. They're all pushing 40 now. Jon is a real estate agent. Donnie's got a teenager of his own, a musical kid who thinks his dad is lame.
I can imagine the guys who once donned matching outfits and executed synchronized dance moves taking out the garbage and grousing about property taxes, like I do. Boring, comforting stuff.
Lest you think I am totally blinded by warm adolescent memories, I have turned a somewhat critical eye toward a few things, such as: Why did Jordan constantly sing in that falsetto? Why did he humiliate himself by going on "The Surreal Life"? What was with the awkward, stiff rap phase, the ridiculous insistence on calling themselves "NKOTB"?
But still, my friend Elisa and I exchange e-mails about whether we'd marry a New Kid if he asked us. Elisa, happily married, going to the concert with me, says no. I say yes.
Surely my boyfriend wouldn't deny me the joy of crossing out one of the items on my adolescent to-do list.