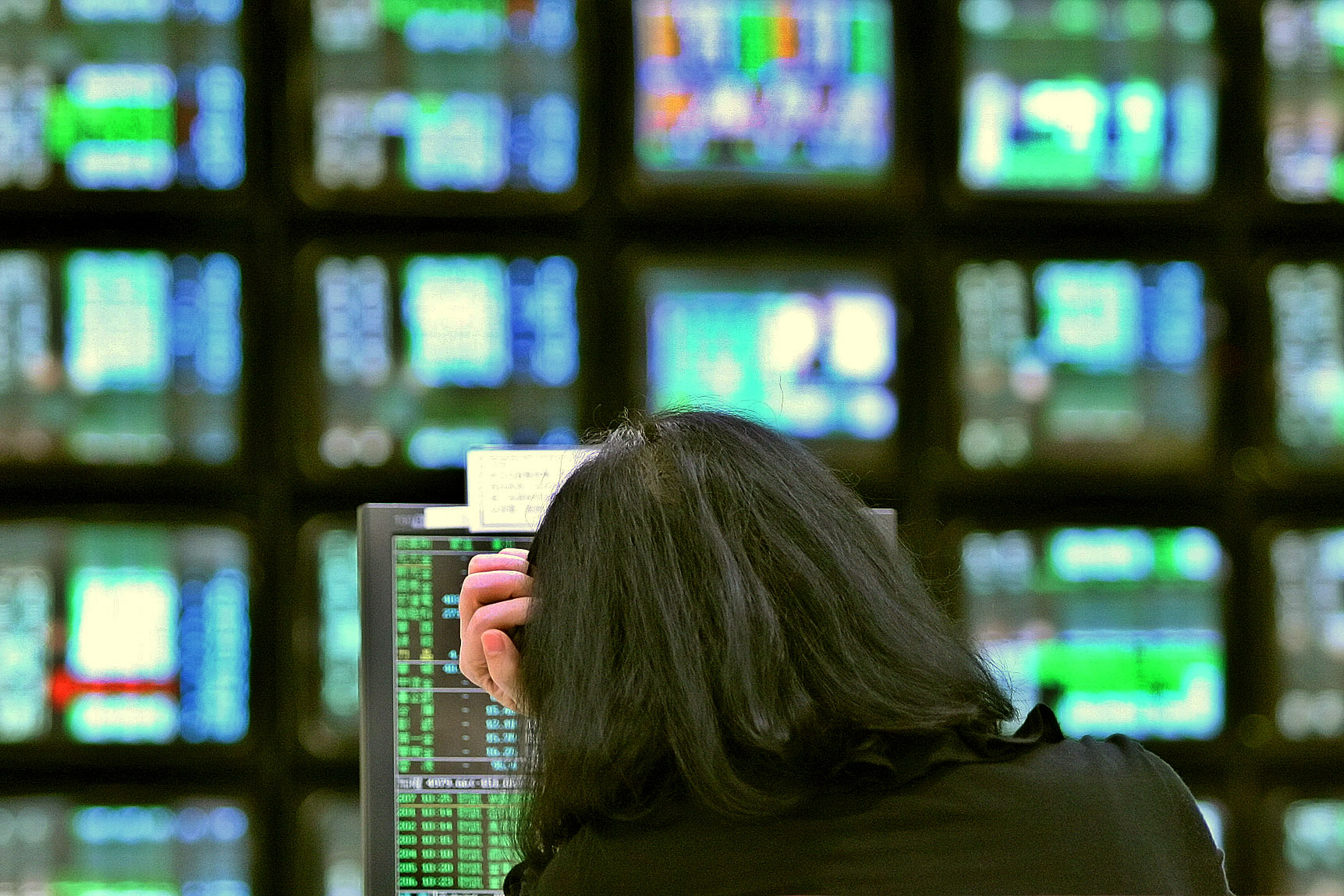 Taiwan's main stock index tumbled to finish perilously close to the 5,000 mark yesterday despite the announcement of a package of government measures designed to boost the market.
The weighted index dropped 110.27 points or 2.14 percent to close at 5,020.44, though earlier the index crashed right through the 5,000 mark, falling as much as 159 points or 3.1 percent at one stage.
All eight major sectors finished down, and losers outnumbered gainers 1,357 to 226.
The fall occurred despite the government's announcement Sunday evening of a package of emergency measures to prevent the index from dropping too fast.
The cabinet halved the maximum limit for declines by individual shares to 3.5 percent from 7 percent for the duration of this week, a period criticized by lawmakers as too short. Stocks can still rise by the original limit of up to 7 percent. Finance Minister Lee Sush-der said yesterday not all cabinet members had agreed on the limit change.
The government also announced that a ban on short-selling of shares below their previous closing price was being extended until the end of the year. The National Stabilization Fund and the four major government funds are also standing by to intervene when necessary, though as usual, the cabinet yesterday didn't reveal whether they had entered the market.
Vice Premier Paul Chiu (邱正雄) expressed his satisfaction with the stock market's performance yesterday even though Taiwan's fall contrasted with sharp rises in most other Asian markets yesterday. Hong Kong, Singapore, Australia and India all rose by at least 4 percent.
Taiwan's stock index on the contrary reached its lowest level in more than five years, with the government apparently unable to stop its decline. Late last week, the Central Bank cut three key interest rates by 0.25 percent, but stocks failed to react.
World stock indicators plunged while Taiwan markets closed to celebrate the Double Ten national holiday last Friday, with the Dow Jones reaching a new five-year low.
Cabinet officials spent the weekend looking for solutions to prevent the market from crashing yesterday, though they rejected some of the more radical possibilities. Closing the market altogether, as countries like Russia and Indonesia did when stock prices fell too rapidly, was never an option, minister Lee told lawmakers yesterday.
On a longer-term basis, the government was also counting on tax cuts to boost the economy, he said.