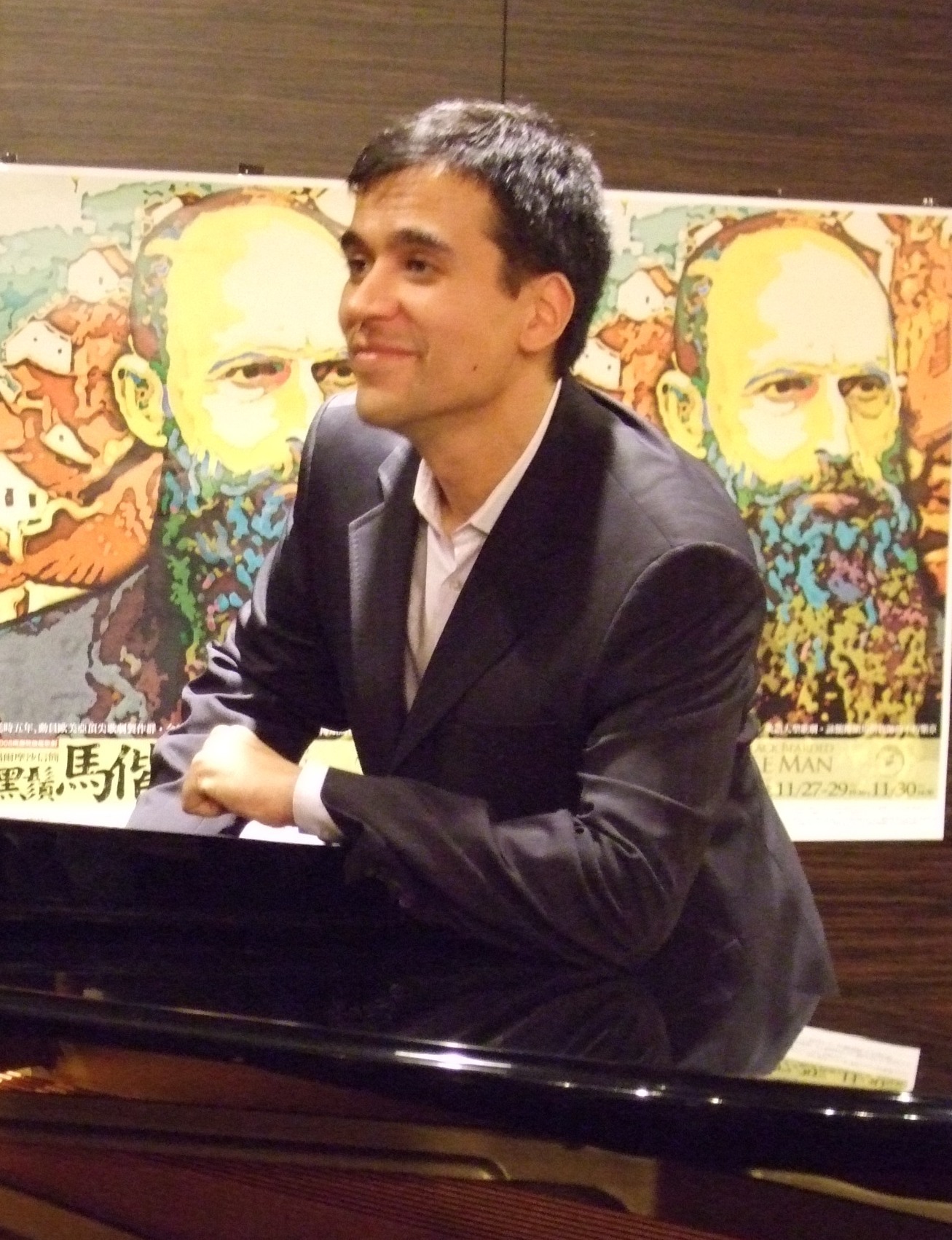 Composer Gordon Chin was looking for a good subject for a new opera about seven or eight years ago when somebody suggested his working on the story of George Leslie Mackay, the pioneer Canadian Presbyterian missionary in Taiwan. At that time, Chin did not know that "The Black Bearded Bible Man" as a Taiwanese production in the western operatic tradition would take a while to create and produce.
Chin said that he approached the Mackay Hospital for financial support but the board turned him down.
"Tchen Yu-chiou, the then chairman of the Council for Cultural Affairs, encouraged me by promising to find the funding to support the production," he recalled. "However, Tchen stepped down from her post before I could finish writing the opera."
The project had to be shelved for a while. At long last, however, the National Chiang Kai-shek Cultural Center where Tchen happens to be board chairman is helping Chin realize his dream opera production.
Lukas Hemleb, a very successful German director of operas in Europe, has been invited to direct the new opera, which will feature the National Symphony Orchestra under the baton of conductor Chien Wen-pin.
American baritone Thomas Maglioranza will be cast as Mackay in the opera. He had heard about the search for a singer from his colleagues in New York and decided to go for it. He has been studying the score for several months.
Maglioranza, who has shown great interest in roles in new operas in the last few years, relied on the search engine to learn a bit about Mackay before accepting the role.
Mackay had arrived in Tamsui on March 9, 1872. He, a Christian who brought his faith with him, was only 28 at that time. He eventually established the Mackay Hospital in Tamsui.
Mackay moved around Taiwan. He was said to have extracted 21,000 teeth over the years. He likewise treated the local people when they came to him with all kinds of health complaints.
Maglioranza, while preparing for the role, got curious about the looks of Mackay. One thing is certain: Maglioranza at 37 is about the age of Mackay in the story. But he will need quite a growth of bristly hairs on his chin to portray the lead character in "The Black Bearded Bible Man." Of course, he can just wear a long beard to be faithful to Mackay's appearance.
But by far the biggest challenge of the role lies in singing the Taiwanese lyrics. Mackay in real life had to learn to speak Taiwanese after he arrived in Taiwan to get close to the farmers and fishermen. In fact, he mastered the formal and deep Taiwanese which is hardly spoken today by the younger generation of Taiwanese people.
Maglioranza has been trying to understand every word in his singing lines to be able to emote his part properly. In fact, his first days of work with director Hemleb were spent just reading the Taiwanese lines, according to Maglioranza. The director emphasized the need to express the meaning of the words.
Maglioranza confessed to his excitement in playing the role of Mackay. He will be portraying the only white man in the story written by playwright Joyce Chiou. His most recent opera role was as the late Chinese Premier Chou En-lai in "Nixon in China." He was the only non-white character in this production.
Soloists in the production also include Korean tenor Seung-Jin Choi, who is cast in the role of Mackay's first student and follower in Taiwan named A-hua. Soprano Chen Mei-lin will appear as Mackay's Taiwanese wife.
"The Black Bearded Bible Man" will be staged at the National Theater in Taipei from November 27 to 30. All performances except for matinee on the last day will start at 7:30 p.m.