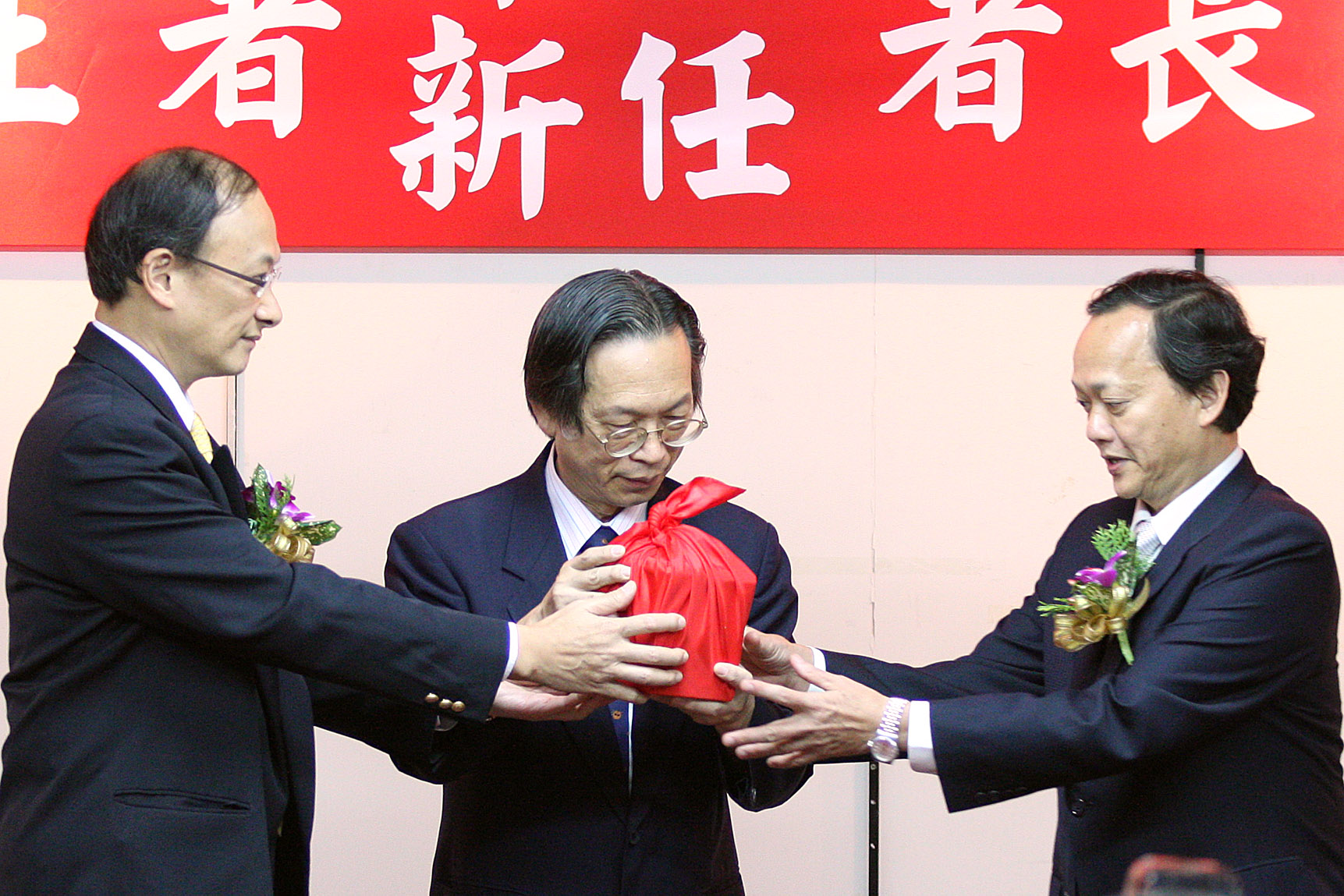 Former presidential vice secretary-general Yeh Chin-chuan (葉金川) took over the reins of the Department of Health yesterday and announced a return to tougher safety standards for tainted Chinese milk products.
The changes came just one day after his predecessor, Lin Fang-yue, resigned after unexpectedly relaxing the rules and allowing products to be sold with a melamine concentration of up to 2.5 parts per million.
Lin's decision touched off a wave of indignation and sealed his fate after only 129 days in office, the first member of President Ma Ying-jeou's (馬英九) administration to go.
Zero-tolerance
Shortly after taking office yesterday, Yeh said he was returning to a zero-tolerance policy.
"There will be no figures, if there is melamine, it's not fit to be sold, if there isn't, it can be sold," Yeh said.
Only those products that have tested negative for the presence of melamine, can be on the shelves, he said, announcing the number of laboratories performing tests for melamine would be increased to 19. Taiwan will contact scientists in the United States, Japan and Europe to discuss testing, new standards, and the nature of the damage inflicted by the chemical.
Dairy products tainted with melamine, a chemical used in the manufacturing of plastics, have killed at least four children and sickened more than 50,000 in China.
Yeh is a former vice chairman of the Department of Health, and also headed Taipei City's health department. He also played a part in the fight against the SARS epidemic in 2003.
Protest
The central government's decision to loosen standards led to a revolt by local government leaders. At least nine county chiefs and city mayors refused to implement Lin's policies.
The chorus of protest expanded from mainly opposition Democratic Progressive Party strongholds in the south to county leaders from the ruling Kuomintang.
"Zero ppm is better, zero should be the norm," Nantou County chief Li Chao-ching, a KMT member, told reporters.
At the Legislative Yuan, the opposition registered its protest by wearing headbands with the words "refuse 2.5 ppm" while preventing the premier from delivering a budget speech.
In Taichung, bakers threw bread on the sidewalks, demanding a cut in business taxes to offset their loss of business.
Meanwhile the scare spread to include two more well-known brands.
The Taiwanese branch of U.S.-based Pizza Hut announced that 65,000 small plastic bags of cheese powder given out to its takeout customers had been tainted by melamine. The cheese was found to contain 76.2 ppm of the chemical, or more than 30 times the maximum level allowed by the government's short-lived relaxation, said sales and marketing manager Felisa Wu.
The origin of the melamine contamination was not immediately possible to assess because of the complicated chain of supply.
Pizza Hut bought the cheese from Creation Foods, but that company said it only acted as a go-between. A company called Pin Kao made the cheese with milk powder it had acquired through importer Poh Hsiang. Both companies said they only imported raw materials from Malaysia and Singapore.
Japanese food concern Lotte recalled its biscuits with effigies of bears in Hong Kong and Macau because they were China-made, but Lotte Taiwan Co., Ltd. spokesman Huang Hsing-san said all the product on sale on the island was made in Japan with dairy products from New Zealand and Australia.